All hail, ‘Toadzilla’: Giant toad in Australia could be world’s largest WaPo

Things are looking up for the global economy FT

World Economic Forum: Here Are All The Covid-19 Precautions At Davos 2022 Forbes. Oddly, I’m not seeing any take-up on this story from official organs like WaPo or the Times. Commentary:

Live like a billionaire–get yourself a HEPA filter and open some windows!

Temperatures in One of Earth’s Coldest Corners Are the Highest in 1,000 Years Scientific American

The costly lesson from COVID: why elimination should be the default global strategy for future pandemics The Conversation. A natural experiment in Canada:

Fundamental result of elimination strategy wherever it was introduced: *dramatic reduction in virus volume*!

A point-by-point rebuttal of the Washington Post’s double down on Covid deaths being “overcounted.” Inside Medicine

Nick Bostrom, Longtermism, and the Eternal Return of Eugenics TruthDig

What’s standing in the way of wastewater data becoming a more mainstream public health tool STAT. So, after the Biden administration destroyed case counts from testing, we’ll have to wait at least three years for a national wastewater system to be built, hopefully in time for the next pandemic, good job.

We Need a Revolution in Clean Indoor Air The Tyee

China Helped Raise My American Kids, and They Turned Out Fine NYT

COVID is still wreaking havoc across Australia but political and medical debate seems to have succumbed to pandemic weariness ABC Australia. “Pandemic weariness”/”Pandemic fatigue” seem to be the latest talking points in support of mass infection policies.

Yanis Varoufakis explains why the idea that Southern Europe is more corrupt than the richer, Northern part of the continent is a myth. pic.twitter.com/TmYreL6XHv

Russo-Ukrainian War: The World Blood Pump Big Serge Thought (Rodeo Clownfish). Excellent tour d’horizon, and backed by good collateral. Though I must say I wish I knew who “Big Serge” is. A friend of Fat Tony?

US still holds back long-range ATACMS missiles from Ukraine Defense News. The deck: “‘Our judgement to date is the juice isn’t really worth the squeeze,’ says top defense official.”

How far should US intelligence go in supporting Russia’s armed opposition? The Hill

Russia’s Fifth Column in Ukraine Is Alive and Well Foreign Policy. I thought SBU and Azov would have whacked them all by now?

Despite tear gas, Peru protesters vow to keep demonstrating AP. Also despite the US-backed regime whacking 40 or so of ’em, post-coup. Really remarkable watching the story being force-fit into the “demonstration”/”protest” frame.

68 Days of Silence: Why the White House Stayed Mum on Classified Documents NYT. “Since the Biden documents were found last fall….” Note lack of agency.

Ex-Clerks and Experts Left Puzzled by Vague Report on ‘Dobbs’ Leak National Law Journal. The deck: “‘I suspect the justices decided that the risks to the separation of powers were greater than the risk of not finding the leaker,’ said law professor Josh Blackman about the high court’s choice to not use federal investigatory resources.”

1/6 New Seth Rich documents, fresh off the grill! FBI filed a new motion about CrowdStrike records. I've only given it a cursory review, but we have at least one bombshell (in 5/7). #FridayNightDocumentDumphttps://t.co/zN6CzphV9K

5/7 Oh wow, this one is huge. That "forensic report" on Seth's laptop? It was indeed produced by CrowdStrike. Major ramifications…https://t.co/CtOnLCMISc

I seem to recall a similar case…

Larry Summers Advised A Possible Crypto Fraudster. Is Anyone Going To Ask Him About It? Revolving Door Project

Aspirin or Low-Molecular-Weight Heparin for Thromboprophylaxis after a Fracture NEJM. From the Abstract: “In patients with extremity fractures that had been treated operatively or with any pelvic or acetabular fracture, thromboprophylaxis with aspirin was noninferior to low-molecular-weight heparin in preventing death and was associated with low incidences of deep-vein thrombosis and pulmonary embolism and low 90-day mortality.” Hmm. I wonder which one is cheaper.

Generative AI and the future of the creative industry: ‘there is going to be pain’ The Drum

Abstracts written by ChatGPT fool scientists Nature and Comparing scientific abstracts generated by ChatGPT to original abstracts using an artificial intelligence output detector, plagiarism detector, and blinded human reviewers bioRxiv. From the Abstract: “ChatGPT writes believable scientific abstracts, though with completely generated data. These are original without any plagiarism detected but are often identifiable using an AI output detector and skeptical human reviewers. Abstract evaluation for journals and medical conferences must adapt policy and practice to maintain rigorous scientific standards; we suggest inclusion of AI output detectors in the editorial process and clear disclosure if these technologies are used. The boundaries of ethical and acceptable use of large language models to help scientific writing remain to be determined.”

What’s the evidence for that, please?

It took a real journal, the European Journal of Internal Medicine. It took the last names and first names, I think, of authors who have published in said journal. And it confabulated out of thin air a study that would apparently support this viewpoint.

How Smart Are the Robots Getting? NYT. I wonder if people ever ask them hostile questions….

It’s 2023, where are the sex robots? ‘They will probably never be as huge as everyone thinks’ Guardian

Now is the time to save the all-volunteer force. Brookings Institution

One last con! Theranos fraudster Elizabeth Holmes tried to FLEE to Mexico on one-way ticket after being convicted, prosecutors claim as they urge judge to lock her up by April Daily Mail (BC).

Free Will Is Only an Illusion if You Are, Too Scientific American

How Should We Teach Kids to ‘Pay It Forward’? The Cut 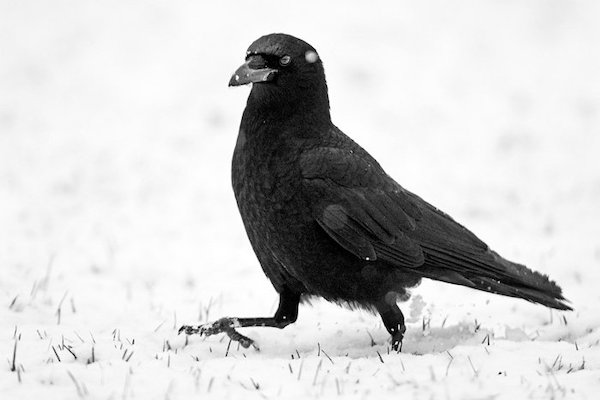 Watch this crow try to reach food using a stick,

when it fails it adapts it into a hookpic.twitter.com/UUGgK3lgix