#ReceptioGate and the (absolute) state of academia The Critic (Anthony L)

What’s dangerous about the idea of ‘beauty’ in architecture? openDemocracy. I am sorry, I don’t get upset by Second Empire architecture even if it is often de trop.

Researchers Discover Why Roman Concrete Was So Durable MIT News

This quote [from the Financial Times version of the story] does not engender confidence:

“This treatment option is the latest therapy to target and affect the underlying disease process of Alzheimer’s, instead of only treating the symptoms of the disease,” Billy Dunn, director of the FDA’s Office of Neuroscience, said in a statement.”

Whether amyloid plaques (what about tau tangles?) are cause, consequence, or correlation is still an unanswered question. A monoclonal antibody that “dissolves” amyloid plaques in one of the mouse models does that and nothing else. That paper is perhaps 20 years old.

Intermittent fasting can boost your health, but how and when to restrict food consumption is crucial Salon. Hhhm. But probably assumes you go to bed by 11 PM.

We know kids get cardiac fibrosis. Now we have anatomic and functional evidence of cardiac probs.
Get ready for an epidemic of heart failure in their 40shttps://t.co/zAGK718G4a

Excess mortality remains elevated because we have a new major cause of death.

I do hope the penny has started to drop for policymakers and the public that COVID-19 isn’t going to fade into the background, but instead will likely increase annual mortality by 5-10% indefinitely. https://t.co/HWeUjF6VFi

Will the weather eventually provoke radical action on climate? openDemocracy

For Indian techies, is it the end of the great American dream? Economic Times

Biden administration announces nearly $4B in new military aid for Ukraine The Hill. Actually $3 billion. Package is $3.75 billion with:

…another part of the nearly $4 billion drawdown includes $682 million in Foreign Military Financing to European partner countries and allies “to help incentivize and backfill donations of military equipment to Ukraine.”

Western Escalation in Ukraine: Sending in Armor – But is it Too Little Too Late? Brian Berletic

❄️🇺🇦🚫💡⚡️📉PM of Ukraine Shmyhal urged to prepare for the resumption of emergency blackouts against the background of the approaching cold snap, which will lead to an increase in the deficit in the country's energy system.

The West is Weak Where it Matters …Aurelien

The Cure for Overstretch Is Reduced Ambition Daniel Larison

What has Kevin McCarthy given up, and at what price? BBC

Here’s a list of items that are stalled until a House speaker is elected CNN. BC: “Interesting that if the Speaker vote is not resolved, it’s Congressional Staffers that won’t get paid, but Members will be fine. Upside down? Surprised?”

…C-Span has hardly been subtle in pointing out that these shots would normally be barred by the House. The service has long chafed at the rigid framing imposed by the House…

Democrats worry over potential of retirements in Senate The Hill

Pre-CPI Trading Surge Was ‘Extremely Unusual,’ Analysis Shows Bloomberg (Li). Bloomberg is alleging front-running by those with access to CPI data pre-publication. Probably not the Dept. of Labor, they are perceived to run a tight shop. Most likely perp is staff at Treasury.

I thought ChatGPT was only barely beginning beta. Why would it be getting implemented anywhere at this point? The tech is very impressive at seeming to be intelligent, but it also seems to have no basis for assessing the accuracy its own conclusions, which for practical use, makes it useless or dangerous.

Trouble at Tesla: the end of a golden age of growth? Financial Times

Bankruptcy Judge Says Celsius Crypto Investors Don’t Own Their Accounts Gizmodo (Kevin W). This has more clear cut language, but as we indicated, the FTX terms were contradictory and amounted to the accounts being comingled funds. We warned that unless crypto exchange customers paid an upcharge for their own wallet, they should assume they were in a unregulated mutual fund.

Sam Bankman-Fried wants to use Robinhood stake to pay lawyers New York Post. BC: “Wowsers! LITERALLY no shame.” Moi: A lawyer friend brought this up and said she couldn’t believe SBF’s lawyers would further run up his presumably never-to-be-paid legal bill on such a patently ridiculous argument.

Mr. Bankman-Fried has not been found criminally or civilly liable for fraud, and it is improper for the FTX Debtors to ask the Court to simply assume that everything Mr. Bankman-Fried ever touched is presumptively fraudulent,” the attorneys said in a filing, according to Bloomberg.

Jobs Report Updates: US Labor Market Expected to Slow in December New York Times. BC: “Interesting to write about the report of the ‘slight decrease in hiring’ without mentioning the latest job cuts from Amazon and Salesforce.”

In a World First, AI Lawyer Will Help Defend a Real Case In the US Interesting Engineering

Antidote du jour. Martha r: “An actual gift a friend of mine received, occupied here by her kitten/young cat.” 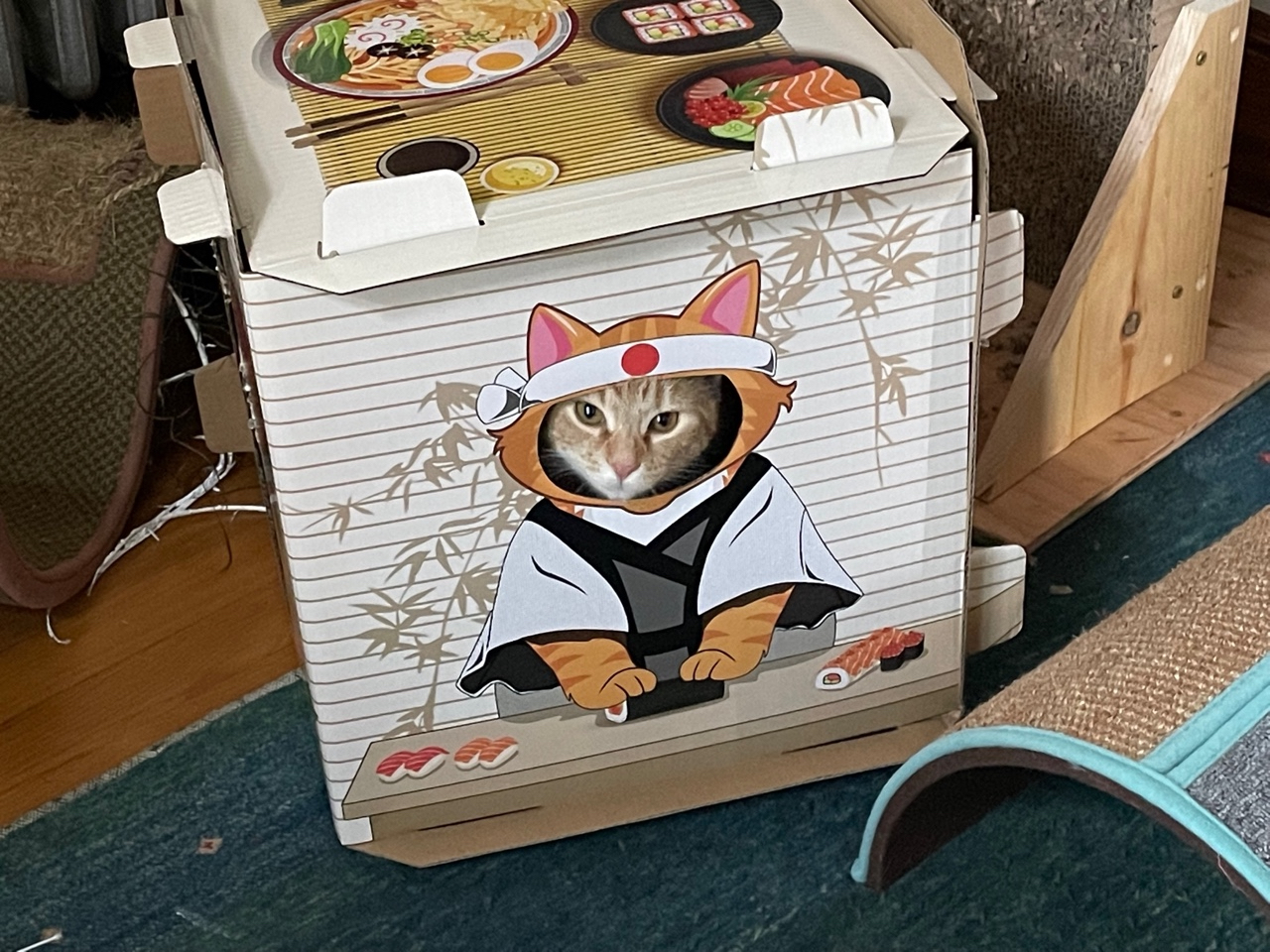 🔥 A massive brown bear with her cub 🔥 pic.twitter.com/QC6uQijMCP