IP hypocrisy: US likes WTO rulings only when it wins Ars Technica. “Likes” in the headline is too weak a word. “Complies with” would be more accurate, as this article explains.

Kicking the Can Down the Road Menzie Chinn, Econbrowser. Chinn argues that the Bush Administration’s policy towards the credit crisis (if it can even be dignified by calling it a policy) is a delaying operation to dump the mess on the next Administration.

Ben Stein Watch: March 23, 2008 Felix Salmon. This is a fresh post; Salmon claims to be on holiday and so was late to this item. It dispatches both Stein’s latest piece and his underlying philosophy.

Equity Loans as Next Round in Credit Crisis Vikas Balaj, New York Times. Describes a new tough-mindedness on the part of second mortgage lenders, but misses one important point: a lot of borrowers have realized they can default on a second lien without risking foreclosure.

Separating Some Of The Chaff From The Rest Of The Chaff Bank Lawyer’s Blog. Funny if your taste runs to black humor.

Quote of the Day: Spending like Drunken Sailors The Big Picture

The age of the anti-Cassandra Paul Krugman

Treasury Securities: Where Are They? Alea

A Decade Later, John Meriwether Must Scramble Again Wall Street Journal. Anyone who read the accounts of the LTCM blowup would realize that Meriwether et al. took no responsibility for the blow up. Their faith in their models was unshaken, despite an obvious failure (even to the only slightly market savvy) to consider liquidity risk. But new investors came, like pigs to slaughter. 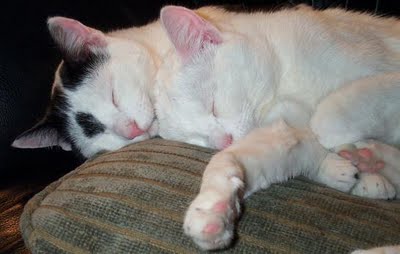