This table comes courtesy reader John, and with rapidly moving markets, who knows what the current week will bring, However, notice the sharp one week increase in spreads on credit cards and auto loans. Even if the tone of credit markets improves, these high spreads are likely to be slow to revert, further illustrating that the consumer borrowing party is coming to an abrupt close. 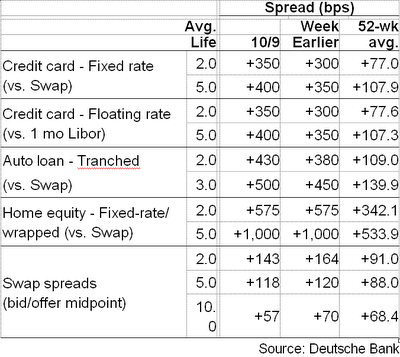