Free Advice: Watch the Mail and Opt Out of Verizon Sharing Your Personal Data Gizmodo.

Obama Disses Economics Blogs Joe Weisenthal, Clusterstock. Several readers pointed to this, but I take it differently than most do. The very fact that he mentioned econ blogs (and tried to downplay them) must mean his advisors perceive there to be pressure from them. Some very influential people (Krugman is the top of the list) haven’t been too kind to Team Obama’s policies (although he is more measured than a lot of other critics).

Too Big Has Failed Thomas Hoenig (president of the KC Fed, hat tip reader Hubert). Short and a must read. Backs nationalization (as in taking over, cleaning up, breaking up when needed, and reprivatizing banks, according to clear principles). A short and important read.

World Bank Says Global Economy Will Shrink in ’09 New York Times. This is a very big deal. Developing economies typically have much higher growth rates than advanced economies, so an aggregate negative number is serious indeed (not that this is a surprise, mind you, but the officialdom does not generally say that it anticipates a train wreck).

Thanks to the Bank it’s a crisis; in the eurozone it’s a total catastrophe Ambrose Evans-Pritchard, Telegraph

Antidote du jour (hat tip reader jb) This is enough to make me consider living in Minnesota, expect I spent part of my childhood in the Upper Peninsula of Michigan, and man, are the winters brutal.

A baby moose was in distress in a creek in Minnesota .

A man got him out of the creek; tried to find the mother & send him on his way, but eventually the moose stumbled back into the creek & was rescued again.

The baby moose followed the man home. The man has only a small cabin so he took the moose to another neighbor, who took these photos.

They took the moose the next day to a woman who looks after wild animals & she put it in a pen with a rescued fawn. 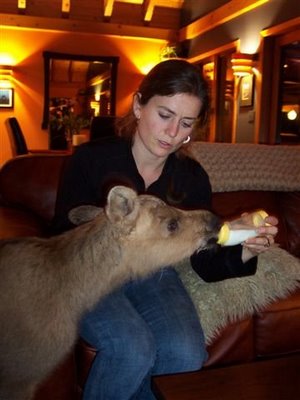 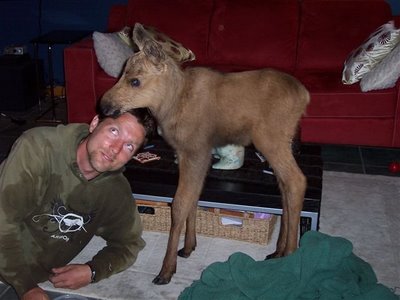 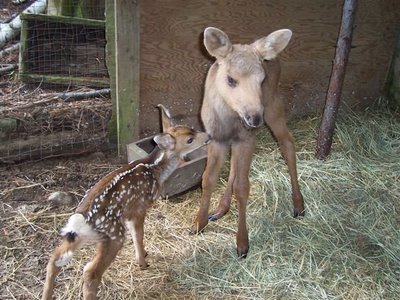 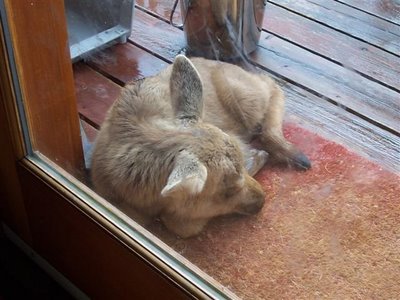