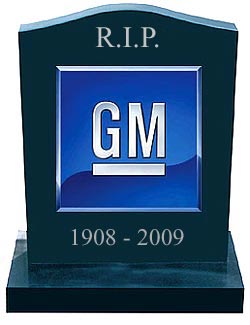 I just got off the phone with a buddy of mine who used to work as a treasurer in a small bank here in Montreal. We were talking about the sharp move in the Canadian dollar over the last few trading days.

You should check out the one year chart of the USD/CAD and see what we were talking about. According to my buddy, today was a key day because you got a “hammer formation”, which according to him, signals a good time to take profits on your long CAD trade.

I told him that risk trades can last longer than the technicals suggest. I also showed him the one year chart on 10-year treasury note and told him we could retest the 4% yield or slice right through it. I told him that earlier today I spoke with a bond trader who told me convexity trades, market supply are pressuring yields up, but he is seeing clients going long bonds, putting a curve flattener trade on (long the 30 year and short the 2-year), and going long US bonds/ short Euro-bonds (this is all the same trade).

We then talked about my comment on how small is beautiful because an individual who knows how to trade, and understands institutional constraints, can better position themselves to capture these sharp moves. Big pension funds are not as nimble so they get massacred in volatile markets.

I told my friend that by the time the senior VPs at these big pension funds get together is their asset allocation committees to make a move on bonds, stocks or currencies, it’s often too late.

He told me this problem isn’t just at big pension funds. In his own words:

You know about the idiot scale, right? It goes something like this: the idiots are at the very top and the imbeciles and morons are there to support their decisions. I used to go into asset-liability (ALM) committee at the bank and the president and CEO (the idiot) would ask the VP Finance (the moron) and the corporate secretary (the imbecile) what they thought of my recommendation on bonds. These people are all cowards by nature, political animals, who structure things in a way so that when it goes well, they claim success and if it doesn’t they cover their asses. That’s why I insisted that we take minutes, but they refused.

I have seen a fair shares of idiots, imbeciles and morons at large pension funds. It’s easy to be a “big shot” when you are traveling first class, getting wined and dined by rich investment managers as you invest other people’s money. It’s a lot tougher when you got your own skin in the game and feel the pain when you’re losing money.

And as far as taking minutes, none of the large public pension funds in Canada have the board of directors’ minutes publicly available on their website. These board members are responsible for billions and yet we do not know how they voted on certain investments. Another scandal that needs to be rectified.

In a letter to the editor of the Whig Standard, Don Smith of Kingston Ontario writes this comment on pension executives getting bonuses, while pensioners face clawbacks:

I read the story reporting that the executives who manage our Canada Pension Plan (CPP) are receiving massive bonus payments on top of their inflated salaries (“CPP execs to collect $7M in bonuses,” May 29). The CPP lost millions, if not billions, of dollars recently and we, the taxpayers, are paying these underachieving bureaucrats millions in bonuses!

Four years ago, I completed 42 years of public service. This past March, I turned 65, and the government reduced my pension by $750 a month. Ever heard of the term “clawback?”

Millions for the rich and nothing but misery for the the middle class. I can’t figure it out.

There isn’t much to figure out Don. Your hard earned pension contributions, along with those of millions of other workers, are making a few elite hedge fund and private equity managers stinking rich and paying those hefty bonuses for senior managers at Canadian public pension funds who want to be evaluated based on a four-year rolling return.

It’s all part of crony capitalism where the banksters gladly accept government assistance but look down at real welfare cases with disdain and utter contempt.

This brings me to my final comment tonight. The Pension Benefit Guaranty Corp. said it will work with all parties involved in

The PBGC noted the various parties in the case – including GM, the United Auto Workers union and the federal government – are intent to have the pension plans not be transferred over to the federal agency that protects pensions for workers.

“The PBGC will work with all parties to achieve that outcome, which would be in the best interests of GM’s more than 670,000 pension plan participants and the pension insurance program,” it said.

The agency noted last month that its deficit tripled between and to , but that it still had enough assets to pay benefits for years even if GM’s plans came under the PBGC’s administration. The plans for GM and Chrysler LLC, which is about to exit bankruptcy, were underfunded by .

Of course the PBGC has “enough assets” because Uncle Scam will raise taxes or print at will to inflate their way out of these liabilities. Or they will just impose clawbacks on the benefits on retirees and/or increase contribution rates on current workers.

[Note: Read about how New York’s governor and state comptroller clashed on Friday over how to make up steep losses in the state’s pension fund.]

In early November I asked, What’s good for GM’s pension fund?, and concluded by stating: “I get this eerie feeling that GM’s pension fund is not as solid as some make it out to be and that it too may be running on fumes.”

I am now getting this sick feeling in my stomach that GM’s bankruptcy is just the tip of the iceberg, especially when it comes to U.S. and global pension woes.