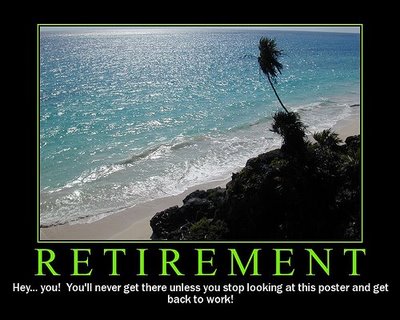 A price tag is now emerging for what last year’s collapse of investment giant Lehman Brothers could cost the state of Florida: more than $1 billion.

The losses could make Florida and its citizens among the biggest casualties in the biggest bankruptcy ever.

More than $440 million disappeared from the pension fund that pays benefits for some 1 million retirees and public employees.

Counties, cities and school districts face a loss of more than $300 million for roads, sewers and schools.

The state has $290 million less to pay for everything from hurricane claims to health care, community colleges and care for infants with disabilities.

While the general losses have been expected, this is the first public accounting of the magnitude of the Lehman-related public losses for Florida.

The outlook is bleak in bankruptcy court. In years to come, the state will be lucky to collect pennies on the dollar.

In an interview, even the ever-optimistic Gov. Charlie Crist could not muster a sunny side: “It is, to say the least, an unfortunate situation.”

Florida can kiss that money goodbye. By the time the lawyers get their cut, they will be fighting over scraps. How many other pension funds lost huge sums when Lehman went bankrupt?

Howard Silverblatt writes in BusinessWeek, PENSIONS: Work Till You Drop – If You Have A Job (thanks to Jack Dean for posting this on Pension Tsunami):

I’ll start with the bottom line – pensions are severely underfunded and they aren’t getting better fast. Last year the S&P 500 was $63 billion overfunded, with companies making only minor contributions, shrugging off the Q4,’07 3% equity loss and projecting an 8% 2008 pension gain.

As 2008 came to an end corporations were faced with the potential of large cash infusions into their pension funds. With their 2009 expectation of low profits and concern over cash flow, they lobbied and received an executive order suspending the phased-in funding requirements from the Pension Reform Act of 2006 for one year. The result was that many companies were not required to shore up their funds after the massive market declines – basically doubling the bet on 2009.

Companies reacted to the decline by pulling money out of equities and into fixed income. The concept was safety, and the result will add some stability to the portfolios, but it will also reduce the overall returns, since over time equities do better than fixed income.

Given the change, the slight drop in expected pension returns to 7.95% from last years 8.02% should actually be interpreted as a bullish statement by funds, and appears to imply that they expect a double-digit bounce back in the market. We suspect that there has already been a shift back to equities as the market has moved up, and that portfolios will experience more of a turnover this year.

So where does that leave us going forward – I have three sets of projection for 2009, none to them good. Remember that we are starting from a $308 billion deficit.

At this point in time, given the belief that (i) rates may slightly increase, (ii) that fixed income portfolios are properly positioned not to incur losses due to rate changes, (iii) a more normalized yield curve of utilized maturities and (iv) the hope that equity markets could prosper with a double-digit gain, it remains mathematically difficult to extrapolate an S&P 500 pension fund that will be anywhere near fully funded by year-end 2009. Given that I again expect to see calls for another postponement of scheduled funding in Washington later this year.

My current baseline estimate calls for pensions to remain at the current level of funding, ending 2009 at $313 billion underfunded. My optimistic estimate, based on an S&P 500 level of 1100, which is still 25% below 2007’s close and interest rates 50-75 bps higher across utilized maturities, calculates out to a pension improvement, but underfunding remains solidly in the red by $168 billion. My gloomy forecast, based on a return to the March 2009 low of 676, combined with slightly lower interest rates, increases the underfunding to $496 billion – half a trillion dollars.

As Americans live longer, the gap between existing benefits and personal wealth will widen. Directly or indirectly, the U.S. Government is the insurer of last resort, whether it is via the PBGC or as the medical provider via social or entitlement programs. Pensions and OPEB have become engulfed as a social and political issue, with the key questions being coverage, expense and how to pay for it. Eventually, the government, in conjunction with the private sector, will be forced to address the situation and take the necessary painful steps.

The concern is that neither the public nor the private sector has shown a tolerance for the pain associated with the type of action needed to address the problem. The longer the situation goes unaddressed or band-aided, the stronger the measures will have to be to solve the situation. In the end, individuals, either as taxpayers or consumers, will need to pay the bill, as well as live with the reduction in benefits and lifestyle.

The full S&P 500 Pension and OPEB report, including a full listing of issues and data is available at our web site.

Mr. Silverblatt is absolutely correct. We are ignoring the pensions timebomb at our own peril. Unfortunately, for far too many people this means that they will have to work till they drop – if they still have a job.