Radar could save bats from wind turbines Live Science

Obama is good for K Street lobbyists The Hill (hat tip DoctoRx). This is funny, if you are into black humor, that is.

College sudents banned from credit card applications Xinhua. And we wonder why the Chinese savings rate is higher than ours?

Temasek reveals surprise departure of Goodyear Independent. There must have been a power struggle. Goodyear, a particularly well regarded Australian executive. was considered to be a catch.

And now, the rest of the story: long-term portfolio flows have fallen by more than the trade deficit Brad Setser

Economics is in crisis: it is time for a profound revamp Paul De Grauve, Financial Times

Audit Interview: James L. Bothwell Columbia Journalism Review. On how derivatives regulation was squashed by, among others, the Clinton adminstration. The Clinton administration in fact became quickly very Wall Street friendly as it was clear the Republican were going to win big time in Congress in 1994. Where do you think that strong dollar policy came from?

The real estate roots of the crisis in the US Elena Panaritis. She is guest blogging at Willem Buiter’s blog. This is an interesting argument. I’d be curious to get reader reactions.

Looking for an exit Jim Hamilton. Econbrowser. Today’s must read. I’d feature it in a post, except I have nothing to add. Hamilton warned the Fed at Jackson Hole in August 2007 that the markets would test Fannie and Freddie’s implied full faith and credit guarantee, and no one seemed to listen. His post here leads to an equally serious warning.

I ‘went bush’ for a while as the Aussies say….had a great encounter, see pics, taken in the mountains of central Thailand near the Myanmar border. Awesome, and nerve wracking! 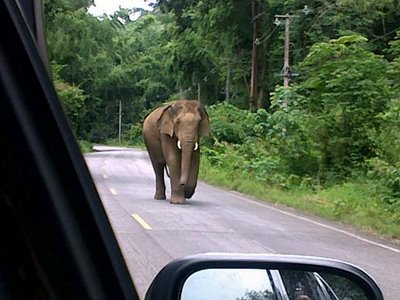 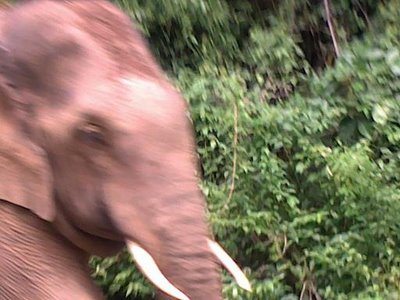