Italian earthquakes: 800 aftershocks in Emilia-Romagna and ‘more to come’ Guardian

The Governor Of The Bank Of Spain Will Leave His Post Early After Charges Of ‘Grave Misconduct’ Over Bankia Business Insider. Spanish-language sources

What views can you hold about Spain? Tyler Cowen

Most Aid to Athens Circles Back to Europe Times. In three days.

Jon Corzine Has Sold This Penthouse With A Great Waterfront View Business Insider. At a loss.

We Must Not Speak Uncomfortable Truths to Power: Why I Won’t be Briefing Congress about Derivatives Bill Black

U.S. Winds Down Longer Benefits for the Unemployed Times. Well, there’s always System D. It’s really interesting to see an underclass being created, that isn’t based on race or nationality or religion, but exactly and explicitly based on relations to the means of production.

People’s panel: the psychological cost of US foreclosure Guardian

About Scaring that Confidence Fairy Away Angry Bear. Here’s how!

It’s all about Obama D2route

Peru declares state of emergency after violence at mine protests McClatchy

Montreal. Nadeau-Dubois said Tuesday night that negotiations to end the province’s 16-week tuition conflict are going well and will continue Wednesday. Nadeau-Dubois said the key issue of the $1,778 tuition hike, over seven years, that sparked the dispute, is on the table. “[W]e need at least a few hours tonight and maybe tomorrow morning in order to have a concrete offer to submit to our general assembly,” he added. “General assembly”? “[F]or the first time since the beginning of the student conflict, [Quebec premier] Jean Charest had an exchange with the student representatives assembled in Québec for the ‘last chance’ at discussions. He is reported to have mentioned a plan for the ‘general state’ of universities also described as a large ‘Forum’ on the future of Québec universities…” A forum under Law 78?! “The lawyer for the Société de l’assurance automobile du Québec (SAAQ) [translator’s note: the crown corporation responsible for licensing drivers and providing public auto insurance] who organised the Lawyers’ Demonstration against Law 78 should be severely sanctioned, [says] minister Pierre Moreau.”

FL. 91-year-old Bill Internicola gets mail: “The Broward County Supervisor of Elections Office has received information from the state of Florida that you are not a United States citizen; however you are registered to vote.” Internicola earned the Bronze Star as a medic in the Battle of the Bulge, and was honored by France with its Chevalier Legion of Honour.

IA. Iowa City “expects to spend $4-6 million to clean up and replace the landfill cell that has been burning since Saturday afternoon.” (TTH) “[Enterprise Products, the] Texas-based pipeline company paying a fine of more than $1 million says it is glad to resolve concerns about three spills in Iowa, Kansas and Nebraska.” (TTH)

IL. “For suppression of NATO protest voice, Obama campaign HQ salutes Chicago Police Department” (click through for photo). “The [Fraternal Order of Police] has filed its fourth grievance tied to the summit, this one stemming from the city’s apparent decision not to give officers time-and-a-half overtime for working a sixth or seventh consecutive day in a week.”

MI. “Rep. Thaddeus McCotter turned in 2,000 petition signatures to get on August primary ballot, but all except 244 have been deemed invalid because of rampant duplicated copies, the Michigan Secretary of State found. The overt copying is ‘frankly unheard of,’ said Chris Thomas, Michigan’s director of elections.” “Michigan’s chance of becoming a battleground state in this year’s presidential election appears to be fading as President Obama currently holds a wide lead here over Republican challenger Mitt Romney, according to a poll released today.”

NC. “Eagle fatalities present an unforeseen challenge for Invenergy, the Chicago-based developer proposing the 49-turbine Pantego Wind Energy Facility.” Charlotte’s “Extraordinary Event Zones” prohibit a list of items; “while paint guns are specifically barred, real guns — as in firearms — are not.” (LC) “‘We’ve made multiple attempts over many months to go through the appropriate channels to get permits…but have still heard no response from city and county officials,’ said George Friday, an organizer with the [totally vanilla] Move to Amend Campaign.” “[R legislators] circulated a bill that authorizes only the coastal commission to calculate how fast the sea is rising. It said the calculations must be based only on historic trends – leaving out the accelerated rise that climate scientists widely expect this century if warming increases and glaciers melt.” Canute?

OH. Reuters/Ipsos poll, Jerry Roop: “They want this country to turn into a Third World nation, with a few haves and everyone else a have-not.” Audrey Wahl would prefer single-payer: “To hell with bloodsucking insurance companies,” she said. John Beribak: “Now you can see what it is. Nothing. The shipyards are gone, the Ford plant is gone, the steel plant is gone.” Indeed.

TX. “The conservative Tea Party movement was poised to declare another electoral victory after denying the Republican establishment an outright win in the Texas primary.”

WI. “Newly filed campaign reports show Walker’s campaign transferred $70,000 to the Scott Walker Trust on May 3 and another $30,000 on May 17. …. State law requires that the campaign get prior approval from donors before shifting their money to a legal-defense fund. Walker’s campaign has declined to identify the contributors who OK’d the transfers.” “Walker served up a defining metaphor for state voters when his DNR settled on a wrist slap to the septic tank service operator who spread large amounts of human waste on Jefferson County land near residential wells.”

Inside Baseball. Research shows veterans and active-duty personnel aren’t a cohesive voting bloc. A nice defense of the Chris Hayes “hero” flap from Conor Friedersdorf (as if Hayes needed defending).

Grand Bargain™-brand Catfood Watch. On This Week: “Pelosi never did directly answer what she thought Simpson-Bowles meant for Social Security and Medicare. She did engage in subtle beltway signaling, substituting buzzwords like “job creation,” “priorities,” and achieving a “balance,” all the while allowing her words to convey that the Dems who mattered were now on board to pass the Simpson-Bowles plan…” It’s hard to know which player is worse here: Outright assault from Simpson/Bowles, or oozing betrayal from Pelosi. Not a pretty sight. CBO tees up “fiscal cliff” framing for lame duck Shock Doctrine push.

Romney. Romney over the top on delegates: “But whatever challenges lie ahead, we will settle for nothing less than getting America back on the path to full employment and prosperity.” Romney: “His campaign these days is trying to find a twig to hold on to … things are getting a little better in this country, but it’s not because of his policies, it’s in spite of them.” Campaign official: “President Obama has never managed anything other than his own personal narrative.” Ouch! Video: “Obama is giving taxpayer money to big donors and then watching them lose it. Good for them. Bad for us.” True. And who are these big donors? Goldman Sachs? Jippy Mo? No, silly, Solyndra and three other renewable energy firms! “Coal has become an increasingly popular campaign issue among Rs in recent weeks, particularly as gas prices have fallen.” “Most of the megadonors backing [Romney’s] candidacy are elderly billionaires: Their median age is 66, and their median wealth is $1 billion. Each is looking for a payoff that will benefit his business interests.” “Why won’t Mitt Romney disavow birther Donald Trump?” In general, I deprecate the “Why won’t ___ disavow ___?” because so often it’s “Have you stopped beating your wife?” But Jeebus, Mitt. Do you need The Donald that bad?

Obama. “Obama has a more than 5-to-1 edge over Romney in political donations from individuals who list themselves as employees of the Defense Department or one of four military branches.” An amazing headline: “How Obama Learned to Kill.” Soon, it will be normal. Times: “This was the enemy, served up in the latest chart from the intelligence agencies: 15 Qaeda suspects in Yemen with Western ties. The mug shots and brief biographies resembled a high school yearbook layout. Several were Americans. … Mr. Obama has placed himself at the helm of a top secret “nominations” process to designate terrorists for kill or capture.” So now, every day, we can ask ourselves whether Obama’s whacked an American citizen without due process. Thanks for running interference on that, “progessives.” But don’t worry! Obama will never whack an American on US territory. Uh, right? Pierce: “Jesus, just kill the guy. The Bushies may have had manifest contempt for due process, but at least they didn’t go out of their way to make a burlesque out of it.” Remember Obama’s “To Do list”? No, me neither.

* 101 days ’til the Democratic National Convention ends with a bratwurst festival on the floor of the Bank of America Stadium, Charlotte, NC. A silly millimeter longer! 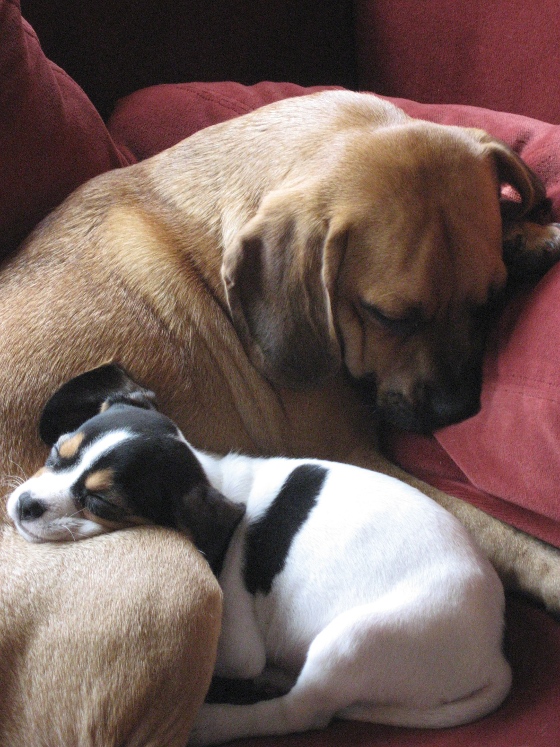