Data, Drugs, and Deception Get ‘Em

Senator admits: SOPA “really did pose some risk to the Internet” Ars Technica

“Are you better off now than you were four years ago?” –Ronald Reagan, 1980 Presidential campaign

Occupy. Occupy Frankfurt: The German police take off their helmets (image; image) and escort marching occupiers. (Not the same as joining them (FB link), but still a powerful symbolic act. (This would be method 147 of Gene Sharp’s 198 Methods of Non-Violent Protest and Persuasion, “… selective noncooperation by enforcement agents.”)

Occupy The Wall: “How Pink Floyd’s Album Became Political Theater in 2012.” A really excellent piece from Occupy Oakland Media Collective. I had no idea that Roger Waters was a vocal Occupy supporter.

Montreal. Crowd estimates for yesterday’s 100th-day anniversay march range from 100,000 to 250,000. Leaders being anointed. The Beeb: “Mr Nadeau-Dubois [of Classe (80,000)], a 21-year-old history student at the University of Quebec in Montreal, has shot to prominence with his fiery rhetoric and bad-boy intransigence.” Jeanne Reynolds, also of Classe, “is the recipient of a lieutenant-governor’s medal because of her high marks and hundreds of hours of volunteer work.” Trade unions based outside Quebec send $36,000 to Quebec student organizations. Betting site sets odds on martial law in Quebec by the end of 2012: 5.5 to 1.

IL. DOJ Prosecutor Patrick Fitzgerald resigns, giving no reason. “No future employment plans.” Decision came as “surprise” to DOJ, who learned of it this morning. Hey, I wonder if Schneiderman’s Mortgage Task Force needs a prosecutor? Of course, they’d need to set up an office. With a phone.

NC. Environmental impacts, gas reserves close to groundwater, scaled back reserves “should be the death knell for fracking” in NC. Should.

WI (swing state). DNC email blast: “It’s up to Democrats across the country [and not the DNC] to help win this thing.” DNC not cutting that $500K check to the WI State Ds for GOTV reminds me of Stalin halting his troops so the Nazis could crush the Warsaw Uprising. Ilya Sheyman’s BFFs, the PCCC, cancel “a big buy in Wisconsin, according to data provided by SMG Delta” (Politico “Morning Score,” unsourced and unlinkable). Madison West High School activists form Students for Wisconsin political action committee to take on Walker (video). Milwaukee violent crime rate lowered based on faulty data. JS’s timing sure is coincidental, given D Barret is mayor of Milwaukee. Product endorsements of R Walker’s “Deer Czar,” James Kroll.

Ron Paul. College senior spends $1.3 million inherited from banker grandfather to form Ron Paul SuperPAC. MN GOP activist John Gilmore: “…a Jew-hating, fringe cult political figure who speaks to alienated, fairly ignorant and frequently unwashed lost souls….” Say what you feel, John! Lawyerly adverbs and all! OK challenge: “Any other people who claim they were elected as delegates in the parking lot after we adjourned at 5 p.m. are not delegates and will not be certified to the RNC.”

Ladies of Negotiable Affection. Sen. Collins: “This was not a one-time event. The circumstances unfortunately suggest an issue of culture,” noting that two participants were Secret Service supervisors (see). SS head Sullivan: “I’m confident this is not a cultural issue.” SS accused to fight dismissals. Pass the popcorn!

Inside Baseball. “At roughly $40 per person on average, high tea in D.C. is not an inexpensive endeavor. But when done right, it can be a revitalizing experience that goes way beyond a standard meal.” Only 33% of respondents believe the economy will get better in the next year, down five points from April and seven points from March. “The unemployment rates in a majority of the 2012 battleground states are lower than the national average as those economies improve.” From the Barcalounger: OHQ “visionary minimalism.” They want to win by the smallest margin possible, so they owe the voters as little as possible. “Campaign workers gather up donors’ mobile phones in plastic bags at some fundraisers.” That’s the lesson the campaigns drew from “bitter/cling to….”

Romney. Rs think Romney can win: “[D]ramatic shift from … mere weeks ago.” A week is a long time in politics! Romney in Time, serviced by Mark Halperin: “I can tell you that over a period of four years, by virtue of the policies that we’d put in place, we’d get the unemployment rate down to 6%, and perhaps a little lower.” So, the 4% really was merely aspirational?

Uncle Karl’s in the house with “Basketball” from Crossroads PAC. The focus-grouped message “is frustrated hopes, mingled with a pervasive dread about the ongoing economic crisis.” Woman character: “It’s funny, [my kids] can’t find jobs to get their careers started and I can’t afford to retire.” True, dat. Beats the stuffing out of Obama’s Julia ad, too. After all, actual women trump composite cartoon character women, eh? More: “[T]he woman admits she supported Obama because “he spoke so beautifully. He promised change.” Ouch! Crossroads is running “Basketball” in CO, FL, IA, MI, NC, NH, NV, OH, PA, and VA. “Obama carried all of those states in 2008 and needs to win more than half of them in order to be re-elected.”

Obama. Obama at the Air Force Academy: “No other nation has sacrificed more—in treasure, in the lives of our sons and daughters—so that these freedoms could take root and flourish around the world.” “More?” What’s the discount on the the 100K+ Iraqi civilian dead, then? Anyhow, shorter Obama: I whacked OBL. Count of MA supporters contributing maximum falls almost 50 percent over 2008. In shocker, Obama supporters blame somebody else: “Elizabeth Warren has sucked a lot of air out of the room.”

The normally astute Pierce: “Another reason the left should just suck it up.” Huh? Why is OK for gays to muscle Obama and not the left? Pierce is the last person I’d expect to start punching the hippies, but we live in interesting times.

* 107 days ’til the Democratic National Convention ends with on the floor of the Bank of America Stadium, Charlotte, NC. 107 is the police “10 code” for a suspicious person. 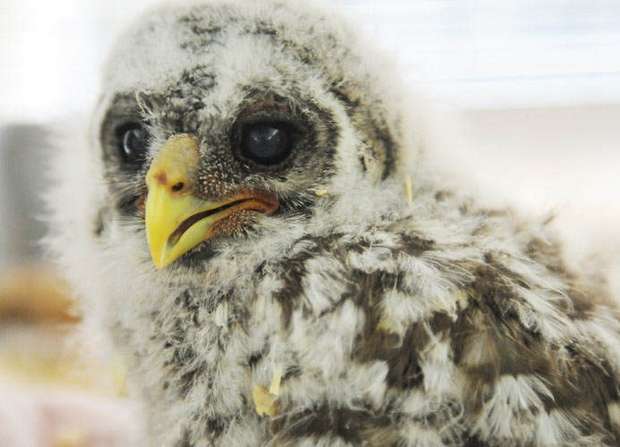