I have a TV taping this AM (more on that later), hence thin posts.

‘On the brink’ species counted BBC

India in Race to Contain Untreatable Tuberculosis Wall Street Journal. This is serious.

Belief in Hell Predicts a Country’s Crime Rates More Accurately Than Other Social or Economic Factors Medical Daily. I guarantee that they did not correlate crime rates with income disparity.

Make Voting Mandatory Peter Orszag. Bloomberg. How long has yours truly been saying this, citing Oz?

[JPM Whale-Watching Tour] Where the OCC should have looked Lisa Pollack, FT Alphaville

Predators and Professors Simon Johnson, Project Syndicate. I suspect Johnson will be getting fewer Christmas cards this year.

“A verbal contract isn’t worth the paper it’s written on.” –Samuel Goldwyn

Montreal. Corruption: “[Jacques Duchesneau, a] star witness at a corruption inquiry said Quebec’s political parties are awash in kickback money, and being financed by a ‘clandestine empire’ larger than he’d ever suspected.’ He believes 70 per cent of the money used by Quebec’s provincial parties comes from outside registered donations.” PQ’s Marois: “I will not be wearing the red square during the election campaign but I will proudly wear the fleur-de-lys However, I will still be supporting the student movement.” She frames it as fees, not debt. And that’s not enough now. “Today, [FECQ] made a third appeal to the Charest government to accept mediation. … The FECQ plans to continue mobilizing and the idea of suspending protest activities is clearly not an option for the president. The FECQ has several demonstrations planned throughout Quebec in the coming days.”

CO. Fracking: “A few weeks ago, I had my first home buyer eliminate entire cities from consideration because of oil and gas wells. Erie, Longmont and Lafayette didn’t make the cut because of the density of wells near schools and residential areas. Do you think my buyers are the only ones concerned?” (MR)

FL. “The Legislature’s 2011 ban on bestiality has a loophole, and it will spare one Pinellas man accused of having sex with a dog from criminal charges. … [T]he law does not forbid oral sex.” Neither party has a monopoly on stupid, but there are times…

LA. Corruption: “[B]usinessman Frank Fradella — a key figure in the grand jury probe of former New Orleans Mayor Ray Nagin — has signed a plea agreement in a pending federal securities-fraud case in Texas that will require him to plead guilty to unspecified crimes in federal court in New Orleans.”

ME. Trailbreaker pipeline, Shelley Kath, NRC: “The extra stress [of tar sands oil] on the old pipeline triggers more cases of leaks and spills. …. In 2010, an Enbridge pipe spilled 840,000 gallons of tar sands oil in the Kalamazoo River in MI. [E]ven a much smaller spill from the Portland-Montreal pipeline — which crosses the Crooked River leading into Sebago Lake, from which 15 percent of Maine’s population gets its drinking water, in six locations — would be catastrophic in this state.”

MI. Typical: “[O]n a vote last week on legislation that will limit Michigan women’s right to choose a safe and legal abortion, six Ds actually sided with the Rs.” Actually?

MN. Foreclosures: “[R]esidents of Coon Rapids will deliver a petition to City Council members asking them to pass an ordinance that makes banks pay for the impact of vacant homes on the community.” Snark watch: “This is the equivalent of a pickle wanting to turn back into a cucumber. ” Heh.

NY. Fracking: “Central to the fracking debate in New York is ‘home rule’ – an ideal that would enable local municipalities to determine the future of shale gas development within their borders.”

TX. “At one point the Judge asked, ‘Do we have to wait till you kill someone in order for that person to have a cause of action?’ The state’s attorney answered ‘no,’ but could not articulate at what point prior to death a prisoner could sue over excessive heat.”

VA. B-school putsch at UVA (previous episodes here and here): “Every Dean sent a letter after [President Theresa] Sullivan was fired. Most reacted with horror. One reacted with flattery. That one is now President of #UVA.” Interim President Carl Zeithaml: “The BOV [Board of Visitors] is looking for decisive and bold action, and we should continue to give them what they want.” You’re gonna have to learn your clichés. BOV Vice Rector and putsch organizer Kington resigns: “I hope that it will begin a needed healing process at the university.” You’re gonna have to study them. (You’re gonna have to know them: Awesome comment thread on B-school jargon. Totally leverages the synergies of the post. Former board member Austin Ligon on Kington: “I wish he had done it a week ago … [T]he entire board should resign as a group out of shame and embarrassment.” “As telling as anything is the fact that [Rector and putsch organizer] Dragas, my colleagues reported, hired the public relations firm Hill+Knowlton to help the school ride out the mess she helped make.”

Kudos to journalists at UVA’s Cavalier Daily for FOIAing a trove of email and tweeting it: Rector Dragas to [Jeffrey] Walker [prominent alum, board member Foundation for Zeithaml’s school]: “BOV is squarely focused on #UVA’s developing such a strategy and keenly aware of the rapidly accelerating pace of change” Walker: “on-line learning world has now reached the top of the line universities and they need to have strategies or will be left behind #UVA” Vice-Rector Kington : “what happened to the newspaper and magazine business is about to happen to higher education” Kington: “Darden [the graduate B school] is a near and visible template for much of what we seek” in June 10 email to #UVA Rector Dragas” “UVA Vice Rector’s email: Jeff Nuechterlein [a VC and another alum] calls #Sullivan’s opinions about online education ‘rather pedestrian’” Looks like Anne-Marie Angelo’s “Theory of what led to Sullivan’s ouster” was right: Dragas demanded MOOCs (Massive Open Online Courses) and privatization — the “Darden template” — and Sullivant wouldn’t give, or not fast enough. It remains to ask which banksters, which vendors, and who — this being all about the B-schools — gets the consulting contracts, board seats, etc.

“[W]e can assume that strategic dynamism [q.v.] means, as a method, not planning but reacting. In practical terms, it means, right now, replacing declining public funding with privatization (Darden is the prototype of the privatized public university unit that came to UCLA-Anderson School of Management last week (“How the Public Pays for Privatization”)), and dealing with the large volumes of public U students through on-line instruction.” Zeithaml, of the undergraduate B school, is a privatizer: “To help finance some of McIntire’s core undergraduate classes, Zeithaml helped line up corporate sponsors, such as Rolls-Royce and Major League Baseball.” Intermediate Accounting II, brought to you by Goldman Sachs…

“Dragas said she will move quickly to appoint a committee to search for the school’s next permanent president.” No doubt. Resigned University Professor Bill Wulf: “What’s there now is all lawyers and corporate executives and they’ve got this mistaken impression that you govern a university the same way you govern a corporation, and you can’t.” It’s never been clear to moi why “____ should be run like a business” when most businesses fail, and the average lifespan of an S&P 500 company is 15 years.

Inside Baseball. Non-voters: “It’s not that they’re too busy or lazy or uneducated to pay attention… [T]hese are people who have given up. They’ve decided — with good reason — that our institutions were not created for them.” One reason I hate the term “sheeple.” Money: “Our current system of electoral politics runs on money, and this almost certainly has a corrosive effect on democratic values. But there are other motivating factors — ideology, party loyalty, even principle — and other reasons for electoral outcomes than how much money is raised and spent.” Campaign finance is a mess.

Immigration. The proposal: “Anyone who meets these criteria would receive protection from deportation for two years and be able to apply for work permits. After two years, the permits may be renewed.” Yikes. How good is this deal, really? Stealing clothes: “Obama has taken Rubio’s idea and put it into action. He has given these people a work permit, the ability to remain in this country, but no permanent status. Their legal status can be terminated at any time. But it won’t be terminated by Obama.” Fealty! One immigrant: “It’s overwhelming to know there is an opportunity, but if they do that cutoff [30 not 33] age, well, it’s all up to the Lord — and the president.” Yep. Fealty. Personal fealty. Countering view: “[I]t’s not clear what Obama’s tack on immigration accomplishes, politically speaking. It probably will result in minimal gains among Latino voters, in states with only a few electoral votes. But what it costs him could easily offset those gains, and then some.”

The trail. Useful teebee ad tracking tool. “This week’s 10 hottest advertising markets: Eight of the 10 hottest advertising markets [June 18-24] are in the three battleground states of VA, OH, and CO.” The attack ad pattern: “accusation, counter-accusation, embedded video of attack ad, no help for readers navigating any of it.” Alexrove: “I strongly condemn heckling along Mitt’s route. Shouting folks down is their tactic, not ours. Let voters hear both candidates (and) decide.” [snort]

Ron Paul. “Incredibly, slates endorsed by Ron Paul supporters swept the delegate elections in IA’s first, third, and fourth district, and won two of the three slots in the second district. Adding those eleven people to the ten Paul supporters on the at-large slate, “constitutional conservatives” were set to win 21 of IA’s 28 total delegates to the national convention. [But] donations have slowed dramatically.”

Romney. “He [Romney] is the leader of our party from now until November,” McConnell said, explaining why he didn’t want to comment on the DREAM act. Not after?

Obama. No place to go: “This is life for Democratic-aligned interest groups in the 2012 presidential campaign: … [T]he message is simple: Shut up and fall in line.” This is news? (Note that the gays and the Latino followed this helpful advice.) Jim VandeHei and Mike Allen: “Obama strategists see this election as a block-by-block knife fight, to be fought in fewer than a dozen states and likely decided by very slim margins.” Visionary minimalism! 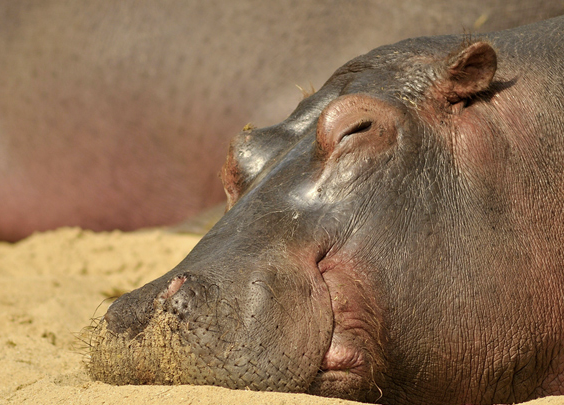