Spain makes plea for EU aid for troubled banks Ambrose Evans-Pritchard, Telegraph. I should write up something on Spain, but I’m on the verge of a jet lag induced face plant (second time I’ve had it worst going west, go figure).

Panic has become all too rational Martin Wolf, Financial Times

The Myth of the “Independent” Voter Angry Bear

How Phantom Accounting Is Destroying the Post Office Alternet (Aquifer)

Regulation is not a dirty word mathbabe

OCC Flip-Flopped on Ethics Matter, Reassigned Husband of B of A Exec American Banker (CF)

US banks moving away from wholesale funding Sober Look

Arms races and the real encumbrance problem FT Alphaville. Shorter version: the more secured transactions, the more depositors are at risk. Which is why allowing banks to put derivatives into the depositary is totally batshit.

Meet the JOBS Act’s Jobs-Free Companies Wall Street Journal. As foretold. And the worst is yet to come.

Reader note: In this series, there are three main tracks: (1) Occupy and Occupy-like movements (e.g., Montreal), (2) State and local actions or events, especially those to do with resource extraction (e.g., fracking), and (3) electoral politics, especially the Obama vs. Romney. Most people, when they say “politics,” mean the last track: the horse race. In fact, all three tracks are “politics,” and the first two can be empowering and even joyful. Also, too, in crises, the tracks will correlate. I’m very interested in curating reliable sourcing from on the ground for occupations and state or local news; please mail me.

Montreal. Jean Charest and his big brother, Vladimir Putin: “[A minority of] Russia’s lawmakers … fought hard and long against a bill that would impose huge fines on protesters” (like Bill 78 in Qeubec; here, here, here). June 6 is casserole night. “Amir Khadir, the sole member of Quebec solidaire in the legislature, was among dozens of people rounded up in Quebec City during a night time march.” “Anarchopanda is taking his fight against Montreal’s controversial anti-mask bylaw from the streets to the courtroom.” Anarchopanda: “The panda costume allows me to do things that I couldn’t do otherwise, like hug police officers.” Anarchopanda’s lawyer: “The [anti-mask] bylaw is just really unclear to begin with. [You’re] forcing everyone to justify why they’re wearing a mask even if they have no criminal intent.” Charest’s trap: “Charest is preparing to use the same ploy [as Trudeau on Saint-Jean-Baptiste Day in ’68; provoking violence]. He refuses to come to an agreement with student leaders on tuition fees despite a 13-week strike. Law 78 has instigated a social crisis. The noise of casseroles has become a daily one. All he needs now is a riot to call voters to the polls in a re-election attempt just before the findings of the Charbonneau commission on corruption in the construction industry are revealed. Students know to avoid the trap, but how can troublemakers be prevented from taking the bait?” Education Minister Michelle Couchesne: “There are no negotiations planned. No. Absolutely not.”

It’s not the fees, it’s the debt: “Students today graduate from post secondary education with more debt (inflation adjusted) than the generations before did. … This debt is exempt from all bankruptcy laws. I could borrow 50 thousand dollars to start a business bedazzling jean jackets tomorrow and if it didn’t work out be free and clear of that debt in seven years, but if I wanted to be a scientist and things didn’t work out I’d be stuck with that liability for the rest of my life. This makes education literally the riskiest investment a person can make.” “I know some of you are scared. You have every reason to be. But we cannot let that fear win. If the fear of the police keeps us at home, they have already beaten us. Be peaceful, be joyous, be loving. Stand together and be strong. They cannot arrest us all. There is strength in numbers, and there is strength in each other.”

Occupy. Occupy Albany: Adopts “red patch” as logo: “It comes from the French phrase “carrement dans le rouge”, [FB] or “squarely in the red,” referring to those crushed by debt.” Occupy Riverdale: “[Riverdale Mobile Home Community] is the site of the proposed construction of a water withdrawal site for frack operations in the Jersey Shore/Williamsport region–one of the current epicenters of the fracking universe. Aqua America/PVR bought the land from the landowner in the early Spring, and thereby commenced the evictions of the park’s residents.” Occupy Homes: “‘The neighbors have a concern. They don’t want their neighborhood to be a staging ground for protests,’ says [D Minneapolis Mayor R.T.] Rybak. Many houses dotting the area around the Cruz home have the signature red sign that reads, ‘STOP FORECLOSURES, STOP EVICTIONS.’ Many neighbors support the Cruz’s and their efforts to stay in the house.”

CO. “There are currently 22 central [evaporation ponds for oil and gas drilling] in CO, and officials say they aren’t sure which chemicals are being stored.” Tinpot Tyrant Watch: “Police in Aurora, CO., searching for suspected bank robbers stopped every car at an intersection, handcuffed all the adults and searched the cars.”

IA. “An Iowa State University scientist found evidence that sick hens at farms owned by an Iowa egg producer were ‘almost certainly’ laying eggs contaminated with salmonella months before one of the nation’s largest outbreaks of food-borne illness came to light, newly released records show.” “Iowa City forms new plan of attack for landfill fire” which should have been out this week (TTH).

NC. “[Charlotte] released a protest route Monday that is clear of where President Barack Obama is scheduled to speak at Bank of America Stadium but comes within two blocks of the main convention site at Time Warner Arena.”

NY. “My senior prom date had a gas well on her farm, about 100 yards across the road. … So yes, let’s pay the extractive industry folks a lot less by using less of what they’re selling. We also need to accept that it’s going to take a while…” “Banking on the long-term prospects of shale development in NY, a PA drilling company has purchased mineral rights to 160,000 acres in the Finger Lakes region from Chesapeake Energy.”

OH. “OH law requires political parties to include a disclaimer when posting information on the internet in support or opposition to a candidate or issue. A new website [here] from the OH Republican Party … lacks any type of disclaimer.”

PA. “John Perzel, an R from Philadelphia and Bill Deweese, a D from Greene, share the distinction of both having served as Speaker of the Pennsylvania State House. … Now they’re both at Camp Hill state prison, and they’re sharing the same cell.” Sweet!

WI. Pierce: “What we have here is a fight, out in the open, without nuance or euphemism, between two ideas of what self-government should look like, who it should serve, and how, and how wide the parameters of participation will be. That is serious business. It ought to be contested fiercely and to the last and without cosmetic conciliation.” Reuters head: “Walker’s win smacks Wisconsin protesters who started recall.” “[I]t’s worth pondering how similar the intensity of emotions are on each side of the divide. That anger won’t be relieved after Tuesday.” Chuck Todd: “Most important result from the exit poll: the 60% who said recalls are ONLY appropriate for OFFICIAL misconduct.” Walker: $30M. Barrett: $3.9M. (“We did it with wealth.”) “Please, please, please, remain engaged, remain involved because we will continue to fight for justice and fairness in this city and this state.” (And we get?) Activist Colette Brown: “Recalling Walker is important, but it isn’t good to lose momentum by diverting all energy into the recall campaign to elect a Democrat” (dcblogger).

Inside Baseball. Thomas Edsall: “[W]e still are a nation of Republicans and Democrats.” HCR, Kaiser survey: “35% of non-white respondents believe [ObamaCare] will benefit their family. 14% believe they will be worse off ([and] 39% don’t think it will make much difference).” Whites: “18% believe the law will leave their family better off, compared to 38% who believe they will be worse off.” Full of win! HCR, WI voter, Pierce: “The problem is that, when you start handing out free health care out to teachers, that annoys me to no end. I never got free health care. My brother’s wife is a teacher and I once asked her, when I was getting my teeth worked on, what it cost her and she said, ‘Nothing.’ It should never get to that point where somebody’s getting free health care. Something’s way out of whack there.” Horse race teebee ad money: 60% in FL, VA, and OH. Top 10, largest first: FL, VA, OH, NC, CO, IA, PA, NV, NH, and MI. NSF poli sci funding: “[T]he issue isn’t whether there would be social science funding. There would be. The question is whether, given the agendas of its private funders, the research would be as publicly valuable. I do not think so.” “In Fast & Furious, Phoenix-based ATF agents used watch-and-wait tactics on cartel-linked gun purchasers and lost track of over 2,000 weapons… Two of those weapons were recovered … at the murder site of Border Patrol agent Brian Terry.” Oopsie. Atlantic’s secrets for success: “Hire smart people who aren’t jerks.” OK, explain Megan McArdle.

Robama vs. Obomney Watch. Clinton: “[Romney] would be in my opinion calamitous for our country and the world.” Romney “adopted Europe‘s economic policies.” Romney: “[W]e’re so close to economic calamity. We see what’s happening in Europe and we’re following them.” On the same day! (Everythings Jake) Romney: “What he’s very good at is finding other people to blame.” Obama blames “his predecessor, the Congress, the one percent, oil companies, and A.T.M.s. True! Obama surrogate Cutter: “They’re saying don’t hold Mitt Romney accountable for the first three years he was in office, because he inherited a bad economy. Yet these same people blame the president for job losses that occurred in January 2009, the very month he was inaugurated, and months before any of his policies took place.” Also true!

Jawbs. “[T]he new poll finds the number of Americans saying they have been hearing mostly bad news about jobs has spiked, from 38% in March to 55% currently.” “Most of the 15 states where the [American Petroleum Institute] has been holding its meetings will be important battlegrounds for the presidential election, and in three of them – OH, CO and PA – oil and gas are playing an increasingly important role in their economies. We haven’t seen the Republicans using it as a wedge issue, but I can see it becoming one,” Professor Sracic said. “Ohio is going to be very, very close and little things can mean a lot.” Keen map shows half the nation returning to past employment levels and the other half not. “Energy and farm states outperformed the nation, as did states near the nation’s capital.” Yes, a petro-state (farming being oil-driven).

Romney. “And according to the tipster who claims to have hacked [Romney’s email account] by guessing Romney’s favorite pet in response to a “security” questions, it’s still active today.” No, it couldn’t be. “Seamus”?! The emails are about ObamaRomneyCare, among other things.

Obama. Obama: “[Romney] has a theory of the economy that basically says, if I’m maximizing returns for my investors, for wealthy individuals like myself, then everybody’s going to be better off.” (Saw LaBolt try this riff out yesterday.) Capitalism? Did I not get the memo? And “maximizing returns” is wicked professorial. Clinton (Bill) says we’re in a recession: “[G]overnment spending levels … look high because there’s a recession.” Clinton says “no problem” with extending Bush tax cuts temporarily. Obama must want the money bad, to let Clinton wander off the reservation like this.

* 94 days ’til the Democratic National Convention feasts on poutine for all on the floor of the Bank of America Stadium, Charlotte, NC. 94 is the atomic number of Plutonium. 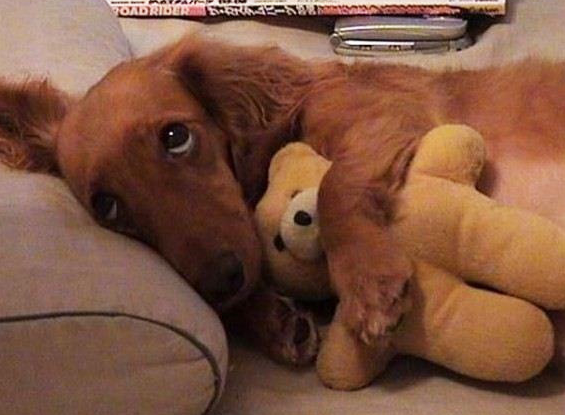