Psychiatrists under fire in mental health battle Guardian. John L: “This is a much bigger deal than the headline suggests.”

Newt Gingrich Having Some Trouble Understanding What a Smartphone Is Gawker

Monsanto Has Taken Over the USDA David Swanson (Robert M)

US hoist by its own pivot petard Asia Times

Nikkei up another 3% as Yen Breaks .99; Japanese Bonds Halted; Be Careful of What You Ask Michael Shedlock (furzy mouse). Not sure I agree here. The issue is whether Japan can get its GDP growing quickly enough to offset the monetary expansion. This trick worked in the early 1930s for Japan. But with so many imitators and Japan a much bigger economy now (witness repeated US expressions of displeasure) that I doubt they’ll be permitted to go far enough.

Dad who died during arrest ‘begged for his life’; witness videos seized Bakersfield Californian (Chuck L). Lambert also put this in comment yesterday, but it deserves all the attention it can get.

Treasury Yields Climb the Most Since March as Fed Stokes Bloomberg

IRS, Australia and United Kingdom Engaged in Cooperative Effort to Combat Offshore Tax Evasion IRS. So the IRS is making use of that monster tax haven data dump that came out of a large scale cooperative journalistic effort.

Activism in the spaces in between Pruning Shears

Directors Disappoint by What They Don’t Do Gretchen Morgenson, New York Times

Americans are giving up on certificates of deposit Sober Look

“What kind of monster does that!?” Tim Frasca 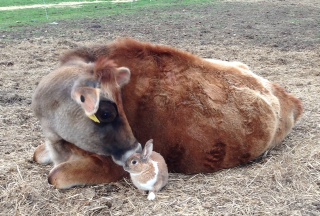