Here’s another color-coded annotation of an Obama transcript (via Kaiser), this one from his news conference right after Senator Max Baucus warned that ObamaCare would be “a huge train wreck”. The contrast between Obama working from a prepared text (Inaugural, 2013; Hamilton Project, 2006) and Obama improvising at the podium is quite remarkable; we see no intricate verbal patterning at all.

Whereas the prepared texts are bright with color coding, Obama’s health care presser — and I know this will come as a shock to you — codes as equivocation (with one neoliberal code word, “market,” a little nonsense, and few lies). No secular religion or flights of populism whatever. Nevertheless, for all its banality and woodenness, the presser contains some remarkable passages.

I’m going to color code the transcript using the same scheme I used for the Hamilton Project speech:

A mish-mash of phrases from the Framer’s, Lincoln and MLK echoes, and so forth

Placeholder material onto which the audience may project what they like. The phrase comes from Obama’s famous remark in the preface of the second of his two autobiographies: “I serve as a blank screen on which people of vastly different political stripes project their own views.”

Here’s the transcript. My comments are footnotes:

CHUCK TODD, NBC NEWS: Max Baucus, Democratic senator, referred to the implementation of your health-care as a potential train wreck. (We’ve had ?) other Democrats been whispering nervousness about the implementation and the impact — (inaudible) — the impact that it might have on their own political campaigns in 2014. Why do you keep — just curious, why does Senator Baucus, somebody who extensively helped write your bill, believe that this is going to be a train wreck?1 And why do you believe he’s wrong?

PRESIDENT OBAMA: Well, I — you know, I think that any time you’re implementing something big, there is going to be people who are nervous and anxious about is it going to get done until it’s actually done. But — but let’s just step back for a second and — and — and1 make sure the American people understand what it is that we’re doing. The Affordable Care Act, ‘Obamacare,’ has now been with us for three years2. It’s gone through Supreme Court tests. It’s gone through efforts to repeal. A huge chunk of it’s already been implemented.3, 4

OBAMA: And for the 85 to 90 percent of Americans who already have health insurance, they’re already experiencing most of the benefits1 of the Affordable Care Act even if they don’t know it.2 Their insurance is more secure. Insurance companies can’t drop them for bad reasons.3 Their kids are able to stay on their health insurance until they’re 26 years old. They’re getting free preventive care.4

OBAMA: So there are a whole host of benefits that — for the average American1 out there, for the 85 to 90 percent of Americans who already have health insurance, this thing’s already happened, and their only impact is that their insurance is stronger, better, more secure than it was before. Full stop. That’s it.2 Now they don’t have to worry about anything else.3

So all the implementation issues that are coming up are implementation issues related to that small group of people, 10 to 15 percent of Americans — now, it’s still 30 million Americans,1 but relatively narrow group — who don’t have health insurance right now or are on the individual market and are paying exorbitant amounts for coverage that isn’t that great.2

OBAMA: And what we’re doing is we’re setting up a pool so that they can all pool together1 and get a better deal from insurance companies.2 And those who can’t afford it, we’re going to provide them with some subsidies.3That’s it.4 I mean, that’s what’s left to implement because the other stuff’s been implemented and it’s working fine.5

OBAMA: The challenge is that, you know, setting up a market-based system,1 basically an2 online marketplace where you can go on and sign up and figure out what kind of insurance you can afford and figuring out how to get the subsidies, that’s still a big complicated piece of business.

OBAMA: And when you’re doing it nationwide, relatively fast,1 and you’ve got half of Congress who is determined to try to block implementation and not adequately funding implementation, and then you’ve got a number of members of — or governors — Republican governors who know that it’s bad politics for them to try to implement this effectively2 — and some even who have decided to implement it and then their Republican-controlled state legislatures say don’t implement and won’t pass enabling legislation — when you have that kind of situation, that makes it harder. 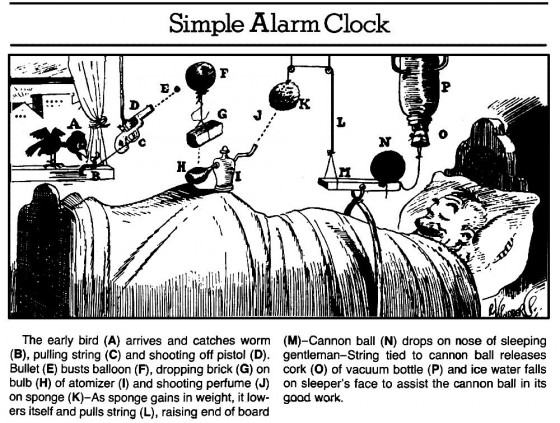 OBAMA: But having said all that, we’ve got a great team in place1. We are pushing very hard2 to make sure that we’re hitting all the deadlines3 and the benchmarks.4 I’ll give you an example — a recent example5. You know, we [CMS] put together initially an application form for signing up for participation in the exchanges that was initially about 216 pages long.

OBAMA: And immediately everybody sat around the table and said: ‘Well, this is too long, especially, you know, in this age of the Internet. People aren’t going to have the patience to sit there for hours on end. Let’s streamline this thing.’

So we cut what was a 21-page form now down to a form that’s about three pages for an individual, a little more than that for a family,1 well below the industry average.2 So those kinds of refinements, we’re going to continue to be working on.3, 4

OBAMA: But I think the main message I want to give to the American people here is despite all the hue and cry and, you know, sky-is-falling predictions about this stuff,1 if you’ve already got health insurance, then that part of "Obamacare" that affects you, it’s pretty much already in place. And that’s about 85 percent of the country.2

OBAMA: What is left to be implemented is those provisions to help the 10 to 15 percent of the American public that is unlucky enough that they don’t have health insurance.1 And by the way, you know, some of you who have health insurance right now, at some point you may lose your health insurance, and if you’ve got a pre-existing condition, this structure will make sure that you are not left vulnerable.

OBAMA: But it’s still a big undertaking. And what we’re doing is making sure that every single day we are constantly trying to hit our marks so that it will be in place.

And — and the last point I’ll make, even if we do everything perfectly, there’ll still be, you know, glitches and bumps, and there’ll be stories that can be written that says, oh, look, this thing’s, you know, not working the way it’s supposed to, and this happened and that happened. And that’s pretty much true of every government program that’s ever been set up.1

"Every American should have health care coverage within six years, Democratic Sen. Barack Obama said Thursday as he set an ambitious goal soon after jumping into the 2008 presidential race:

"The time has come for universal health care in America," Obama said at a conference of Families USA, a health care advocacy group.

"I am absolutely determined that by the end of the first term of the next president, we should have universal health care in this country," the Illinois senator said.

Now all that is gone. Obama does not even bother to pretend that ObamaCare is or will be universal. In fact, ObamaCare will only cover 7 million additional people in its first year, and approximately 30 million when fully rolled out, leaving out 26 million Americans — second-class citizens, simply because, as even Obama admits, they are unlucky — without coverage.

2. Dubious, if the idea is that informed consumers will drive down prices through the marketplace. The career “progressives” are already pre-positioning their alibi, that ObamaCare is “a work in progress,” and that once ObamaCare is in place “we can begin to look at serious problems with the new system.”

QUESTION: Do you think without the cooperation of a handful1 of governors, particularly large states like Florida and Texas, that you can fully implement it?

PRESIDENT OBAMA: I think it’s harder; there’s no doubt about it.

QUESTION: But can you do it without those?

But yes, it puts more of a burden on us. And it’s ironic, since all these folks say that they believe in empowering states, that they’re going to end up having the federal government do something that we’d actually prefer states to do if they were properly cooperating.1

Since the White House has committed itself to a deadline, the deadline must be seen to be met, without fail (“We will implement it”). It only remains to spin whatever system is actually delivered as a success, a process that career “progressives,” and perhaps even our famously free press will be cheerfully complicit in.

Obama, in his presser, began that public relations process, by setting an extraordinarily low baseline for project success, marginalizing those without insurance, pre-positioning alibis, and presenting poor system architecture driven by the requirement to keep private health insurance companies in place as a natural and normal case of TINA (There Is No Alternative).

Obama’s presser is a morally reprehensible though typical effort to encourage a majority of Americans to throw a minority under the bus—even though they, too, may one day be members of that minority if they are “unlucky”!

NOTE Adding. ObamaCare is extremely complex — indeed, obfuscated. I welcome corrections and emendations in comments. I mean, at some point, a goodly number of us are actually going to have to figure this thing out.