Praying Mantises Can Catch And Eat Hummingbirds IFLScience. Lambert warns that this is an anti-antidote.

Ebola crisis: This is why ‘75%’ of victims are women Times of India (Tim F)

Argentina and Elliott – was it really a bond play? FT Alphaville. Michael C and yours truly are surprised to see the writer treat this as a new phenomenon. But it is a good, detailed treatment nevertheless.

Kiev in U-turn over claim that ‘Russian tanks, artillery and 1,200 fighters’ had been deployed in Eastern Ukraine as evidence fails to materialise Daily Mail

As Ukraine Presses Military Offensive, The Facts Are Fuzzy NPR

The Killing of Kajieme Powell and How It Divides Americans Atlantic. If you’ve ever taken real self defense courses (and hint, effective self defense courses aren’t defensive, they teach you you need to inflict major trauma on the other person first), you find out that a knife is actually one of the least threatening weapons an assailant can use against you, plus most assailants don’t use them in the manner that will reliably do major damage (using them to puncture as opposed to slash). Bludgeons and of course guns are much more dangerous. So look at the video again and consider whether the response was warranted, say, if Powell was carrying a short metal pipe.

Why Do Police In Suburban St. Louis Have More Powerful Weapons Than Marines In Afghanistan? Techdirt (MJL)

LA Police Officer Threatens, “If You Don’t Want to Get Hurt, Don’t Challenge Me,” in LA Times Op-Ed TruthOut

What Does the Fed Have to do with Social Security? Plenty Dean Baker, CounterPunch (Nikki)

No need for banks in an era of intellectual capital Financial Times (David L). Be sure to read the comments.

Bank of America Adds a Mortgage Settlement to Its Collection Matt Levine, Bloomberg. Interesting in that Levine does an very valuable service in tallying up the settlements, but rather than do the usual “ooh, look at all that money! How unfair” instead treats the result as normalizing settlements, which he contends is not a hot idea. This is why, as we’ve said repeatedly, real investigations are necessary so you know the extent of bad conduct and can devise the right sort of punishment. Not know ing the scope of what happened is almost guaranteed to lead to a piecemeal approach.

The Philippines’ booming economy is causing a maid drain in Hong Kong and Singapore. Quartz

This Economy Is Ruined For Everyone Wolf Richter 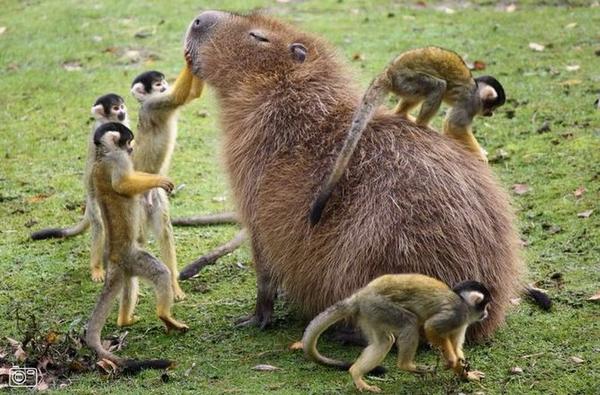