Photos: All the photo editors like the masked dude with the molotov cocktail flaring in the background because photogenic [Guardian].

Zapatisto-like “community policing” said to spread to 80 municipalites in Guerrero, the state in which the massacre took place [Truth Digest].

More on Mexican first lady’s mansion: [Latin Correspondent]. “Imagine if Michelle Obama bought a multi-million-dollar mansion from a U.S. government contractor that had just been granted a concession worth billions of dollars in highly suspicious circumstances.”

General strike was called, but there seems to have been little uptake.

Grand Jury deliberations, like, totally secret. Oh, except for leaking all of Darren Wilson’s testimony. C’mon [Bloomberg]. Can do better.

Darren Wilson in talks to resign [CNN]. I smell “compromise.” Six months before Wilson starts raking in the bucks on the conservative circuit? As long as a year?

Protests and holiday shopping [Times]. They called out the National Guard because shopping?

Senior Triad member “Mr Kong” says Mainland paid triads to infiltrate Occupy, citing Legco storming as an example [South China Morning Post]. Maybe Obama shared the DHS handbook with Xi? Probably not, actually, since the Chinese no doubt has expertise of their own.

Mahbod Moghadam, co-founder of Genius, publishes guidebook to shoplifting at Whole Foods [WaPo]. Here it is, an extended Rule #1 violation and meditation on what happens when we grant elites impunity. Best quote:

Priceless. Maybe Zuckerberg could hire this guy for PR?

“Mr. Krone, by then a millionaire” [New York]. This is supposed to be a story about tensions between Obama and Harry Reid. It’s really about incest in the political class. Also too ka-ching.

Cory Booker “acting like a conventional pol” [Dana Milbank, WaPo]. Nobody could have predicted….

Methodology: “We use education as a proxy for class” [WaPo]. At least they mentioned the word….

Republicans should change what has been working for them as a party [George Packer, New Yorker].

Kansas City Manufacturing Index, November 2014: Activity expands at slightly faster pace [Bloomberg].”[D]ifficulties in attracting and retaining certain key workers.” If only there were some way to solve that! Some invisible hand! 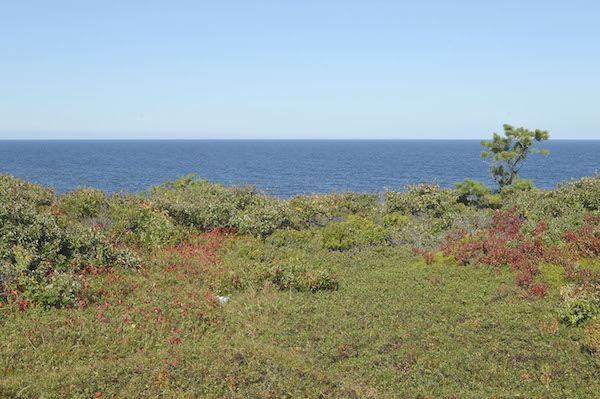 Beach roses… Could be Maine, but is Cape Cod.