“What’s next for the American Winter of 2014?” [Philadelphia Inquirer]. Will Bunch. On a purely technical level, it’s interesting that the Ferguson protests have continued, even intensified, in the cold weather.

Why the Ferguson protesters marched on Walmart [The Week].

Missing from the Grand Jury transcript [Another Word for It].

Prosecutors withheld Dorian Johnson testimony from Grand Jury document dump, they say at the behest of the Feds [Free Press].

Federal officials have finally agreed to investigate the Mexican Army’s possible role in the deaths and disappearances of the Ayotzinapa students. However, Nieto also plans to proceed with the militarization of the state of Guerrero, what Nieto calls to “clear the Highway of the Sun” under his new “Hot Lands” operation, according to SPDNoticias.

Video appears to show a plainclothes police officer rescued after being pummeled by riot police, in the strongest evidence that state forces — not in uniform — are present when masked vandals attack government buildings after large peaceful marches [Vice]. Shocker: Cops wear masks and incite violence.

“The root of Mexico’s violence is corruption” [Dallas News].

“Product of Mexico” [Los Angeles Times]. Fit this into your picture of the Mexican economy, and our role in it.

Warren criticizes Weiss at meeting with her top 50 donors [Politico]. Attendee paraphrase of Warren: “At some point we have to recognize that there are other types of experience besides working on Wall Street that qualify people to do these jobs.”

Melissa Millan, MassMutual, stabbed to death. She had access to highly sensitive data on bank profits resulting from the collection of life insurance proceeds from her insurance company employer on the death of bank workers – data that a Federal regulator of banks has characterized as “trade secrets” [Wall Street on Parade]. “A reporter at the press conference indicated that she had spoken with sources and learned that Millan had not been robbed nor was it a sexual assault.” Odd.

Bush torturers close ranks with Obama administration against torture report [New York Times]. This is great: “The report is said to assert that the C.I.A. misled Mr. Bush and his White House.” Plausible deniability achieved! Personally — and this is 100% speculation — I’ve always felt that Dick Cheney had a live feed from the Abu Ghraib cells right to his office. We know there was digital data collection from the cells, else why the CDs? The tell here, I think, is that nobody’s ever interviewed any of the network administrators or sysadmins at Abu Ghraib, and other black sites, to find out what the flow of torture data was. And we all know how Cheney wanted raw, unfiltered intelligence, right? Besides, Cheney probably likes to watch.

“Intelligence” officers warn of violence if torture report is released [The Hill]. Which is rich, after Iraq, Abu Ghraib, the black sites, etc.

“Gruber is Exhibit A that any English-speaking person knows what the subsidies language says” [Politico]. Gruber: “If you’re a state and you don’t set up an exchange, that means your citizens don’t get their tax credits.”

Democrats had a weak bench on health care reform before 2014, and now it’s weaker [Politico]. Oddly, or not, the article doesn’t mention John Conyers or Bernie Sanders: Both still in office, both single payer advocates.

California Health and Human Services Secretary Diana Dooley: “Moving to coordinated care is at the heart of the Affordable Care Act” [Sacramento]. We tried HMOs once and people hated them. Now HMOs have been rebranded as ACOs (Accountable Care Organizations), but it doesn’t matter whether people hate them or not, because the mandate forces you to purchase the product.

Upshot tries to turn unfair random variations in coverage into an advantage with “one size fits all” straw man [New York Times]. 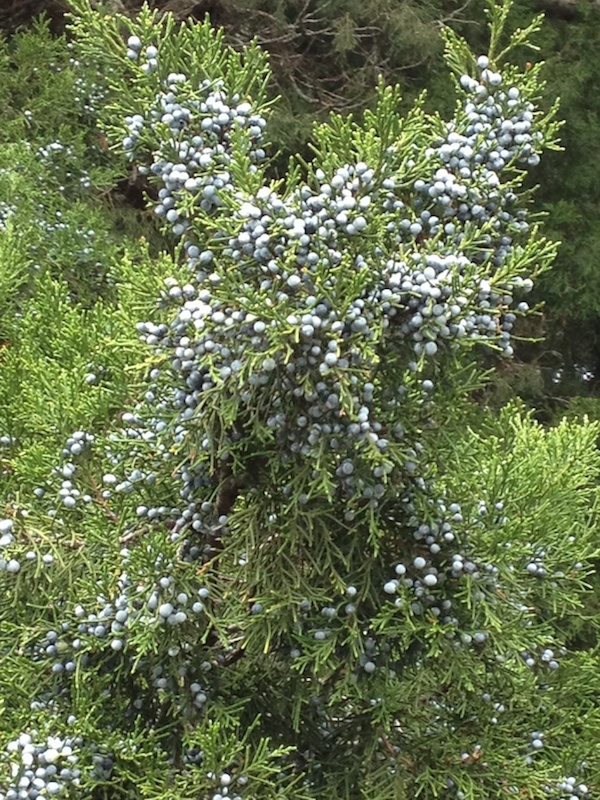 I have a vague memory of a holiday children’s book about making juniper candles, although for an adult, bath tub gin might be more appropriate!