“When half a dozen voters in a conversation say they would back a law that would ban any Bush or Clinton from running, it makes you sit up and take notice” [Charles Cook, National Journal].

Handy chart of the Republican five-ring circus [FiveThirtyEight]. Seems like an awfully crowded, and not especially distinguished, field. For my money, which is practically non-existent, Walker is the one to watch. He brutally whipped Democrats in Wisconsin, and presumably that’s what Republicans want to do; I’m looking at the whole field, and so as I can tell, Walker is the only one who took on a reasonably successful Democratic establishment, and destroyed it. And a corruption scandal and a lousy track record didn’t stop him. And how big is that “Republican establishment,” really?

Cruz: Jebbie and The Mittster part of “the mushy middle” [Bloomberg]. Like the chart shows!

The Mittster to make his decision in “weeks, not months” [Politico]. I really don’t know which I’m looking forward to more: Clinton v. Bush, or Clinton v. Romney!

Cass Sunstein: Regulators actually take public comments seriously [Bill Moyers]. Amazing, and could even be true; this was our experience in fighting the landfills, although it took some time to build credibility.

“Some traders have begun to place bets on oil prices slumping to as low as $20 a barrel” [Financial Times, “Oil rout takes Brent to near 6-year low”].

“[Oil] futures fell as much as 4.1 percent in New York, declining for a third day” [Bloomberg].

“Voices say that what Western developed societies have gone through is payback as it is their historical acts of slavery and colonialism which led to their current demographic structures” [People’s Daily]. But wait! Those darn Communists then go on to adopt Huntington’s “clash of civilizations” as an analytical tool! Hilarity ensues.

French intelligence agencies “lacked resources” to track Kouachi brothers, because of “flood of citizens” traveling or planning to travel to Syria and Iraq starting in 2013 [Wall Street Journal, “Overburdened French Dropped Surveillance of Brothers”]. Gee, that’s odd. What was happening over there in 2013?

Exegesis of Charlie Hebdo cartoons [Understanding Charlie Hebdo]. Fair enough. But in a way, this whole discussion reminds me of the discussion of The New Republic after it blew up. “Sure, The Bell Curve, and the Iraq War, but what about all that other great stuff?”

Ibsen’s An Enemy of The People plays out in Utah [Los Angeles Times]. You’d think even the most vehement hydrocarbon boosters would be concerned about birth defects, but n-o-o-o-o.

Two months since Illinois enacted rules for high-volume oil and gas drilling, no company has applied for a state permit to put hydraulic fracturing to use [Seattle Post-Intelligencer].

“If public opinion differs from the Party on any matters, the media are responsible for sufficiently guiding the public so as to bring their opinions in line with the Party spirit” [China Media Project]. Seems reasonable. I mean, that’s what we do.

Highly pathogenic strains of H5N2 and H5N8 avian flu virus have led to the culling of about 16,500 geese and ducks across Taiwan [Channel News Asia].

“We”: photographic collages by Beijing artist Zhang Bojun [The Next Web].

“What David Cameron just proposed would endanger every Briton and destroy the IT industry” [Boing Boing]. Shaking my head. Cory Doctorow is right.

Prosecutors in Post Falls, Idaho had police arrest a 9-year-old-boy who failed to appear in court to answer charges that he stole some gum [USA Today]. That’s “gum” with an “m.”

SYRIZA leader accuses Greece’s lenders of “fiscal waterboarding” [ProtoThema]. That’s the stuff to give the troops!

In 19 out of 20 counties, unemployment has yet to recover [WaPo]. Check out the handy map. I’m in a “did not recover on any indicator” county. How about you? Averages conceal, don’t they?

Rahm Emanuels red light cameras provide no safety benefits at low crash intersections, where half of them are placed, but do net $140 million in fines [Chicago Tribune]. Law enforcement as a profit center. Again. 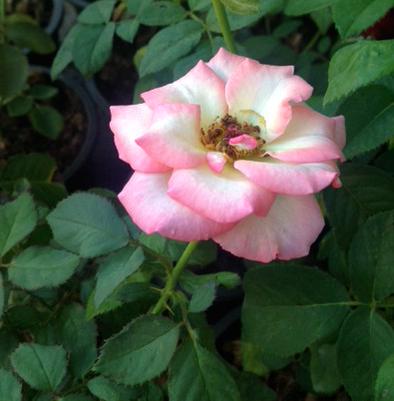