Lambert here: Plenty of what looks like technocratic nuts and bolts. Not sure how that “greater fiscal union” thing is going to work out. Greece, along with the rest of the Southern Tier, may have already have as much “union” with Germany policy makers as they would like.

The launch of Eurozone QE (ECB 2015) was eagerly awaited by investors and preceded by contentious discussions in Eurozone policy circles. Countries still struggling with weak growth saw it as a necessary step to help a recovery, while Germany and other northern EZ members were worried that ECB purchases of government bonds would ‘mutualise’ government debts and undermine incentives for fiscal prudence. The ECB has done its best to square the circle.

It’s important to note that the ECB’s decision is fully justified by its inflation mandate. 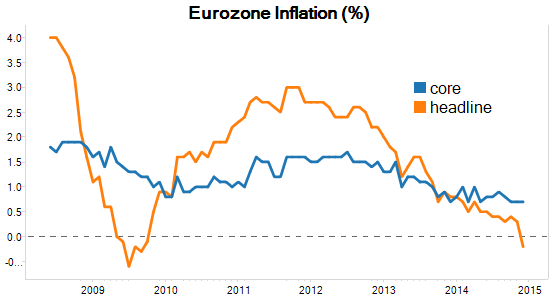 The QE structure is clear:

QE could be extended beyond September 2016 if the inflation target is not yet within reach.

This is in addition to asset-backed securities and covered bonds, which were already included in existing programs. Since the latter were running at about €10 billion per month, additional purchases will be in the order of €50 billion per month. This is near the top end of what market were expecting.

These capital shares are proportional to the respective countries’ GDP and population sizes. This aspect was the obvious choice. It reinforces the idea that government bond purchases are undertaken for monetary-policy purposes and not to alleviate the funding needs of specific countries.

Conveniently, this feature will benefit Italy, which has the third largest ECB capital share and the largest public debt burden.

This, presumably, will require the countries to be in compliance with the program’s conditionality. It may also open the possibility of eligibility even with a sub-investment grade rating. QE could encompass Greek bonds, depending on how things develop after this weekend’s Greek elections.

Risk sharing: Devil in the Details

The devil is in the risk-sharing details (also see Giavazzi and Tabellini 2015).

This is perfectly logical, and these should have very little risk anyway.

Assuming the 8% held by the ECB does not include EU institutions bonds, this means that 12% + 8% = 20% of new purchases will be subject to risk sharing—as per Draghi’s statement at the press conference.

For every €100 of additional purchases, 88 will be government and agency bonds, which minus the 8 held by the ECB will leave 80 out of 88 as a risk of national central banks.

What the Limited Risk-Sharing Means

The limited risk-sharing sends a message.

This is an important reminder that additional steps towards fiscal union are needed.

Sooner or later, this will be a problem. QE, however, suggests this problem is unlikely to arise over the next couple of years. 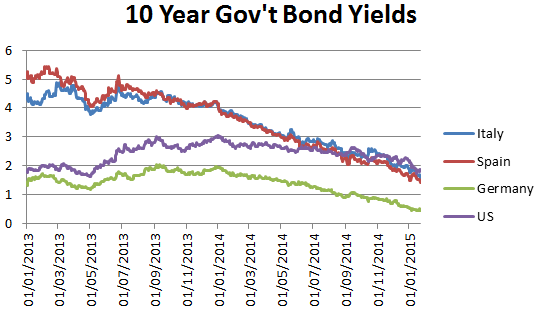 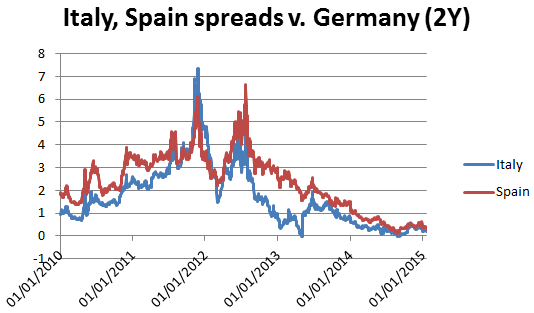 In 2015, the Eurozone will benefit from lower oil prices and stronger US growth. With QE supporting low interest rates for longer, and an even weaker currency, I see increased potential for upside surprises to Eurozone growth this year.

QE and a better growth outlook, sadly, increases moral hazard risk. Stronger and sustainable growth requires difficult structural reforms to make markets more flexible and create the conditions for more innovation and higher productivity. For governments, however, the temptation to rely on ECB bond buying and a weaker currency will be strong. QE will buy the Eurozone some precious time. But we need progress in structural reforms, improvements in national fiscal policies, and a strengthening of Eurozone institutions for this window of opportunity not to be wasted. 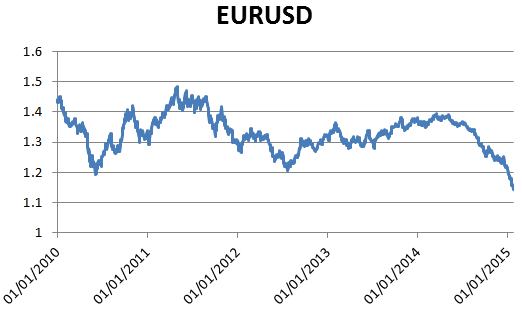