Creator Of Pink Flamingo Lawn Ornaments Passes Away At 79 Consumerist

The blind Jack Russell with his own guide dog: Pair of abandoned pets looking for a new home but they have to be adopted together because they can’t cope apart Daily Mail (LaRuse)

Confirmed: Masculinity is so fragile, guys will overcompensate to avoid being ‘feminine’ Medical Daily. We need a study for this?

Can the Bacteria in Your Gut Explain Your Mood? New York Times (David L, frosty zoom). I’m leery of this theory, in that anyone who has taken a a course of antibiotics, particularly repetitively (childhood acne, ear infections, dental abscesses) will have killed off a fair bit of what is politely referred to as their intestinal flora. The more health-conscious eat yogurt, drink stuff like kombucha, or take probiotics to replenish what the drugs wiped out. That presumably means they have changed the composition of their gut bacteria. I can’t think of a single person whose mood has changed when looking at the before antibiotics v after antiboitics time frames.

Can the U.S. and China Avoid the Enemy Trap? New Yorker

The case for capital controls in the UK? FT Alphaville

Greek crisis: Bailout deal in doubt as Tsipras faces creditors Guardian. Live blog. Our concerns yesterday about the risk of the preliminary deal going pear shaped are looking to be well founded. It was more instinct, as opposed to a firm much news foundation, but there was so little positive messaging that it was a real tell that there was a dangerously high level of hostilities and unresolved issues for a deal that needed to be put to bed in such short order. This is even worse than I imagined. The IMF is pushing Greece to make fewer tax increases and more pension cuts. The Left Platform is on the verge of bolting, and this demand will insure it. Is the IMF is either utterly blind to domestic politics or out to make sure Tsipras and Syriza go down (as in Tsipras loses all cred by needing to rely on To Potami and New Democracy votes to get supporting legislation passed)? They also apparently don’t buy Greek numbers (not surprising given the history, courtesy IsabelPS) and think Greece needs to come up with another €700 million.

“Non-acceptance of equivalent measures never been done before. Not in Ireland or Portugal” says @atsipras. Doesn’t mean proposal rejected... @SpeigelPeter. Refers to the fact that the creditors asked for a 1% reduction in pensions, Greek proposal found a way to get same budget results with lower de facto pension cuts and tax increases. More detail from FT live blog:

Before boarding his plane to Brussels, the Greek Prime Minister said:

“The rejection of equivalent measures has never happened before. Not in Ireland, not in Portugal. Nowhere! This curious stance may conceal one of two possibilities: either they (the EU and IMF) don’t want an agreement or they are serving specific interest groups in Greece.”

Why the IMF’s so hard on Greece Politico

Greece debt crisis: the offer from Athens in detail Guardian

Greece given 4 days to enact reforms Financial Times. “Berlin has insisted on full and immediate legislative approval of measures that may be agreed at a meeting of eurozone finance ministers on Wednesday evening.” The Greek commitment is seen as necessary to secure passage of the bailout in the Bundestag.

PM to meet Draghi, Juncker, Lagarde ahead of Eurogroup ekathimerini. Important despite anodyne title. Take note of the gaps and what Greece is expected to deliver.

Eurogroup chief @J_Dijsselbloem told by leaders on Mon to get Greece settled on Weds even if takes all night, indicates senior EU official. @jameskanter

The Problem With a Small Europe Project Syndicate

THIS RADIO BUG CAN STEAL LAPTOP CRYPTO KEYS, FITS INSIDE A PITA Wired (Robert M). Why I do not work in the vicinity of pitas.

Council of Europe Calls on U.S. to Let Snowden Have a Fair Trial Intercept

Obama poised for huge win on trade The Hill (Kevin C). Inquiring minds would like to know who promised him a payoff and how big it is.

Sessions: They Won the Vote, But Lost the ‘Trust of the American People’ Weekly Standard. Reslic: “We’ve hit a new low low in USA USA when Jeff Sessions is a voice of reason.”

The US needs to follow Europe’s lead and create a “grey area” class of workers Quartz. Reslic: “I’d call it Semi-Serf. In Dixie we don’t own our slaves, we rent them now….”

Bloomberg’s Baby Davos Baffler (Gabriel). Similar aim for the Milken Conference, which has never achieved anywhere near the cachet of Davos. 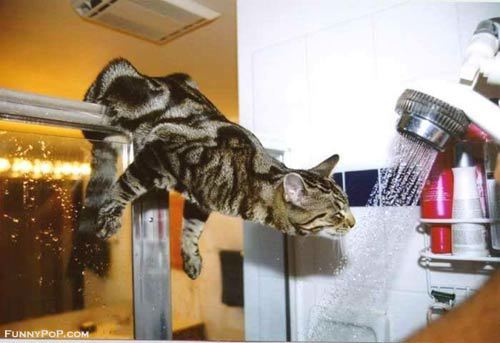