List of traitors in House and Senate, with phone numbers. Hat tip, reader Vatch. Be sure to visit them when they return to the district. If a traitor is mentioned in Water Cooler, their name is in bold. (A reader helpfully sent me an updated version with phone numbers which I will install shortly! I swear it!)

“Scotland’s senior politician in Europe David Martin MEP has cast doubt on completion of a Transatlantic Trade and Investment Partnership (TTIP) deal in the lifetime of the current European Parliament or the Obama administration” [Herald-Scotland].

“These conclusions suggest that even though the vote was extremely close, TTIP negotiators should be able to achieve an agreement that attracts support from sufficient numbers of MEPs who abstained in the vote on 10 June, provided that they compromise to that effect” [London School of Economics].

“The European Union will soon give the United States a formal proposal for revamping an investment dispute settlement mechanism that has raised concerns in Europe over the proposed Transatlantic Trade and Investment Partnership pact” [Politico].

“The ambassadors for the Trade in Services Agreement (TISA) have endorsed a deadline of notifying any additional new annexes by 31 July, and submitting completed offers by 15 September” [IP Watch].

“Bernie Sanders and Martin O’Malley Failed Their #BlackLivesMatter Test” [David Dayen, TNR]. Almost skipped TNR, but then saw the author. It was a #SayHerName protest, too. Nut graph:

Sanders did even worse. Instead of expressing solidarity with the protesters, he talked about his pet issue—economics. He wasn’t “in the room,” and didn’t alter his pitch based on what was happening. “What Sanders should have done, when they said ‘Sandra Bland,’ you say ‘Sandra Bland!’” said political analyst and Blue Nation Review contributor Goldie Taylor, claiming that a simple show of empathy would have disarmed the protest. “He would have shut down the shutdown!”

Economics is hardly a “pet issue.” That said, yes. Candidate problems; staff problems; institutional problems (I mean, it’s hard to argue that black people getting whacked by cops with impunity shouldn’t be treated as a matter of immediate concern, no matter the unresolved structural issues on the “left’s” racism/sexism/class permathread.) Dayen interviews two of the protesters, Ashley Yeats and Tia Oso. Kudos to Dayen for the reporting. Note this incident tees up success for Clinton, assuming protests at a Clinton venue use the same format. Or Clinton staffers read the twitter.

“They wanted the candidates to empathize, not pontificate. Is that really so much to expect?” [Crooks and Liars]. Sadly, the appearance of empathy can be simulated by sociopaths, as is surely well-known in the political class. I’ll settle for real-time reaction “in the room,” which is operationally testable. Movement time moves a lot faster than political time, doesn’t it? Even in the moment.

“How the NRA helped put Sanders in Congress [WaPo].

“Bernie Sanders Continues to Draw the Biggest Crowds of Any 2016 Candidate” [Bloomberg].

“For 2016, Clinton has assembled a team, led by campaign manager Robby Mook and chairman John Podesta, intended to quell the worst elements of Clintonworld. Thus far, they appear to have succeeded. But like a game of Whac-a-Mole, some of the problems that plagued Clinton’s last presidential run have resurfaced with her super PAC. And those problems appear to be both symptom and cause of the group’s sluggish financial figures” [Bloomberg]. (We might remember, when the Clinton-in-disarray trope is deployed, that the 2008 Clinton campaign won all the big states, and a slim majority of the popular vote, if all the votes are counted.)

“Hillary Clinton has turned to a familiar source to find supporters willing to raise more than $100,000 each for her presidential campaign: major donors to the Bill, Hillary and Chelsea Clinton Foundation” [Wall Street Journal]. Note that this link, and the link following, fit neatly into the “Typology of Corruption” outlined here.

“Democrat Hillary Clinton had the most success in the last quarter, logging donations from more than 1,300 people who identified themselves as CEOs, chief financial officers, chairmen or vice chairmen, according to filings with the Federal Election Commission” [Bloomberg].

GOP candidate field now set, with Kasich cramming himself into the race Tuesday [McClatchy]. “The Republican free-for-all is about to become a 17-candidate scrum.”

Jebbie slams lobbyists (guffaw) [David Sirota, International Business Times]. “When Bush announced his presidential campaign in June, he made criticism of lobbyists a central focus of his speech. But lobbyist Al Cardenas told The Hill newspaper that he “talked to him privately” and said that Bush “understands that the lobbying world — at its best — is well-informed and educates policymakers.” The Washington Post has reported that some lobbyists are now informally advising Bush.” And then there’s the “Southern Strategy Group,” ka-ching ka-ching. Richard Nixon has risen from the grave?

Two problems with Warren’s Glass-Steagall bill: “First, banks can take up to five years to implement the new law. … Another serious problem with Warren’s proposed legislation is that it leaves the trillions of dollars of interest rate swaps on the insured commercial bank’s balance sheet [Wall Street on Parade].

“A bill to impose voluntary labeling standards on foods made with genetically engineered ingredients — and block mandatory rules — is headed to the House floor” [The Hill].

No stats; Mr. Market can head for the hammock!

“St. Louis Federal Reserve Bank President James Bullard said Monday that while next week may be too soon for the Fed to raise interest rates, the chance of the Federal Open Market Committee lifting rates off zero at its September meeting were above 50%” [Market News]. What? No more free money for people who already have it?

“While Silicon Valley heatedly debates whether technology valuations have risen to excessive levels, the investors who helped fuel the boom aren’t waiting for an answer. Venture capital firms are starting to take steps to protect themselves in the event of a downturn” [Bloomberg]. No more free money to throw at glibertarian space ships!

“Commodity Rout Worsens as Prices Tumble to Lowest Since 2002” [Bloomberg].

At the mercy of the water mafia in Delhi [Foreign Policy].

“David Brooks Writes a Sestina About Ta-Nehisi Coates” [The Toast] (the sestina).

“Following the FIFA Fiasco” [Bloomberg]. Handy interactive chart, less successful than some others, since there’s no unified view.

“JFK to open ‘The Ark’ – a luxury airport terminal just for animals”  [Daily Mail]. “Travelers can drop off their pets at ‘top-dog suites’ before getting on a plane. The suites will go for around $100 a night and include a human-size bed and flat-screen TV.” So, if you’ve got a stable of polo ponies… Problem solved! Looking at the images, I see a Temple Grandin-style walkway for farm animals; I sure wish TSA would install something like that!

“For the last decade, colleges across the U.S. have been tricking out campuses to compete in an amenities arms race aimed at attracting prospective freshmen. Free tanning, bouldering caves, gourmet dining and luxury fitness centers are not uncommon” [Los Angeles]. Networking opportunities!

Lloyd Blankfein becomes a billionaire [Bloomberg]. See what happens when you’ve got a President who will stand between you and the pitchforks?

“Entrepreneurs don’t have a special gene for risk—they come from families with money” [Quartz].

“Given the importance of an entrepreneur’s personal debt capacity in financing a startup business, student loan debt, which is difficult to discharge via bankruptcy, can have lasting effects and may have an impact on the ability of future small business owners to raise capital” (PDF) [Philadelphia Fed].

Income related to brain development [Bloomberg]. “[Researcher] Pollak says the research has made him think of poverty as a medical problem, akin to exposure to lead paint, rather than strictly a social condition.”

“The cost difference between employing W-2 workers and 1099 contractors, which is what Uber’s drivers currently are, is a lot. For common-law W-2 employees, employers need to withhold income taxes, Social Security and Medicare taxes, and pay unemployment taxes, according to the IRS. The same is not necessarily true for an independent contractor” [Business Insider]. So whaddaya know. Uber’s sky high *** cough *** valuation is based on screwing the workers. Who knew?

“Search for extraterrestrial intelligence gets a $100-million boost” [Nature]. Yes, but is there intelligence on this planet?

“Pantone named “Marsala” as the color for 2015. How did you come up with that prediction?” [Nautilus]. “‘Marsala’ is the color of wine. You also see it in food, and it is appetite stimulating. So there is the fulfilling connection to food and wine, but also the robustness and connectedness to more earthy tones. That quality seems to reflect what people are telling us they are looking for and what will make them feel more satisfied, more comfortable.”

“Large caches of data stolen from online cheating site AshleyMadison.com have been posted online by an individual or group that claims to have completely compromised the company’s user databases, financial records and other proprietary information. The still-unfolding leak could be quite damaging to some 37 million users of the hookup service, whose slogan is ‘Life is short. Have an affair'” [Krebs on Security]. And just before they were going to, er, go public…

“Your phone knows how you feel” [Harvard School of Public Health]. The author is “an emerging figure in the field of network science—which studies the connections among thousands of individuals, or among biological substances such as proteins and metabolites—whose findings are informing a wide range of public health questions.” What could go wrong?

Paper: “Human Screams Occupy a Privileged Niche in the Communication Soundscapes” [Current Biology]. “The key turned out to be a particular acoustic property called ‘roughness,’ which is a measure of how quickly a sound changes from soft to loud” [Business Insider].

Portland, ME diner owner: “I chose to yell at a kid (and) it made her shut up, which made me happy, it made my staff happy, it made the 75 other people dining here happy, and they left, they may never come back, other people may not come in — their loss, really” [Raw Story]. Oh, those loveable “unruly toddlers….” 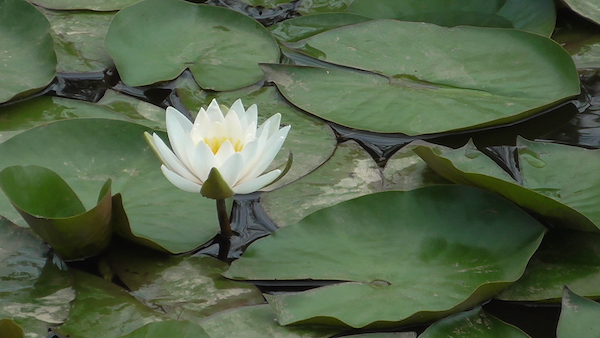 Perhaps Mr. Market can contemplate the sutras from his hammock…