What It’s Like to Have the Oldest Phone in San Francisco Gawker. What a poseur! My phone is older than hers (see image)! And I even have a fresh one in the same antique model (as well as another battery) as backup.

Google has secretly released a new version of Glass Business Insider. It’s not secret any more!

All Power to the Makerspaces Jacobin. Chuck L: “A meditation on the economic, social and political implications of “replication” (i.e. 3D printing).”

What Pierre did next Mark Ames, Pando

Why China’s Olympic win might not be a cause for celebration Washington Post (furzy mouse). BTW an acquaintance used to organize heliskiing near Almaty, the loser to Beijing. I gather it was fantastic skiiing.

Capital controls are eased but companies see it as insufficient ekathirmerini

How could the third Greek bailout change without the IMF? Open Europe. Note that funding isn’t the biggest issue. The other creditors need the IMF as a babysitter and enforcer.

Despite bombing campaign, Islamic State is no weaker than a year ago Japan Times

Obama Administration War Against Apple and Google Just Got Uglier Pando. Wow, when Google and Apple are the good guys, you know it’s bad. Of course, the tech cos’ opting for a smidge in the way of principles is due to the loss of business overseas due to how much access the US government has to users’ info.

The Cimmerian Hypothesis, Part Three: The End of the Dream Archdruid (Chuck L). Today’s must read.

Progress’ but no deal at TPP talks BBC. Trust me, the fracas in Congress made it easier for smaller states to throw sand in the gears. This is deadly: “No date has been set for the next round of talks.”

An L.A. Cop Pressed His Gun Into the Chest of an Unarmed Man And Shot Him Through the Heart GQ (Brucie A)

Larry Wilmore on Cop Who Killed Sam Dubose: ‘Basically Motherf*cker, You Just Lied’ ålternet. The clip is worth watching.

SC cop killed teen with two shots to the back during weed bust — and didn’t even report it: attorney Raw Story (Oregoncharles)

Here It Comes: Puerto Rico Is Headed for a Debt Default Slate

Economics feeling the bite of declining demand Sydney Morning Herald. EM: “‘Faculties of economics are becoming business schools’ – does exchanging ivory-tower voodoo priests for MBAs represent progress, or is it just trading one evil for another?”

US wages grow at slowest rate since 1982 Financial Times. And for months, the propaganda has been about wage pressure.

Antidote du jour. If I were into birds, I’d want to have one. @planetpics: “Ruff, a rather peculiar bird from Norway”: 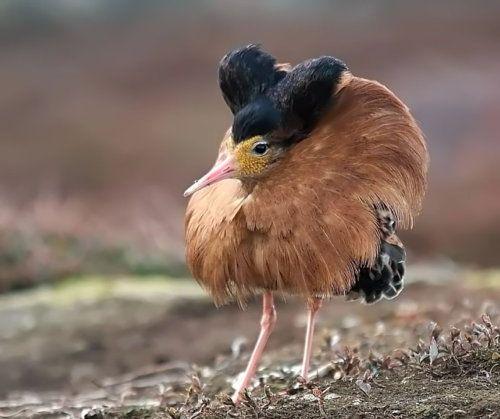