Goodbye Soul Medium (Chuck L). What I liked about living in Potts Point was that It was a bohemian area where gentrification had gotten that far. The nearby King Cross was perceived to be dangerous, but it was tame compared to NYC in the 1980s and was busy at all times (if you are an urban person, you know that it is generally safer to be on a busy block than an empty one). I gather the gentrification accelerated to a blistering pace.

Being unpopular with the opposite sex at school ‘boosts your GPA by 0.4’: Researcher claims those who are ignored through their education end up smarter Daily Mail. Li: “They have the causality backwards. Being seen to be smart if you are female is an anti-aphrodisiac.”

Millennial Housing 2015: Walkability Wins Out As Cities Grow, Suburbs Urbanize For New Generation International Business Times. Cars are a burden. I hope to never own one.

There may be a complex market living in your gut: Researchers apply economic concepts to explore the mysteries of the microbial world ScienceDaily (Chuck L). This sounds like bad science that nevertheless makes for clever grant-writing.

Why Chrysler’s car hack ‘fix’ is staggeringly stupid ZDNet. Resilc: “Wait until my tv is connected to the ice box and toliet.”

The Challenge of High Inequality in ChinaWorld Bank

Hong Kong bra protest after woman jailed for ‘breast assault’ Channel NewsAsia (furzy mouse). You have to look at the photos.

Germans fret over Europe’s future but still believe Reuters. Why shouldn’t they believe? They are the biggest beneficiaries and call the shots.

Greek Stocks Tumble as Exchange Reopens Wall Street Journal. “Tumble” is an understatement. Down 23% at the open.

25 Years In Iraq, With No End In Sight : Parallels NPR (furzy mouse)

After Deal, Europeans Are Eager to Do Business in Iran New York Times (resilc)

Obama to unveil ‘biggest step ever’ in climate fight Channel NewsAsia (furzy mouse). This is guaranteed to be underwhelming

Clinton unfazed by possible Biden White House run: Aide Channel NewsAsia (furzy mouse). As reader Li put it, the significance of Biden’s run is not that he might win, but the fact that he threw his hat into the ring means that he senses weakness. And his decision comes right after her health report was released.

As Clinton slips, some Democrats eye Biden Financial Times. Subhead: “US campaign gaffes have alarmed many donors and even allies.”

Charles Koch Blasts Subsidies & Tax Credits, But His Firm Has Taken $195 Million Worth of Them International Business Times

“As municipal budgets have stagnated or plummeted, state and local governments have taken to outsourcing police work to the private sector, resulting in changes that have gone largely unnoticed by the public they’re tasked with protecting.”

It’s a democracy-destroying cycle: cut taxes, reduce services, private sector comes to the rescue but only for the part they care about, inequality deepens and discontent with government grows. This cycle needs to be reversed.

Are We Being Forced Into a “Second American Civil War”… If So, Who Will Win? SHTFplan (Chuck L)

‘I can’t breathe’: Man runs into jail lobby seeking help but dies after deputies pile on him instead Raw Story (YY)

How the Progressive Mindset Is Holding the Left Back and Placing the World in the Right’s Lap Truthdig (Chuck L). This confirms my very dim view of George Lakoff. His idea of the left as wanting government to be nurturing mommies was insulting and infantilizing, and any messaging coming out of that reading would play into the hands of the right (as in the left wants to keep people weak and dependent). Now we have Lakoff unable to distinguish the professional, as in Vichy, left from grass roots types. Or is he projecting the root cause of why his arguments failed onto his fellow travelers? As in nice nurturant types won’t engage in bloody fights when that’s what it takes to win?

Job insecurity is the new normal. Here’s how it’s affecting your family life Deseret News. So someone has deigned to notice?

A Company Copes With Backlash Against the Raise That Roared New York Times. EM: “Takeaway: even the best-intentioned plans have ‘devil is in the details’ issues. Perhaps NC and its reader community can at least help this fellow on the PR-battle side.” 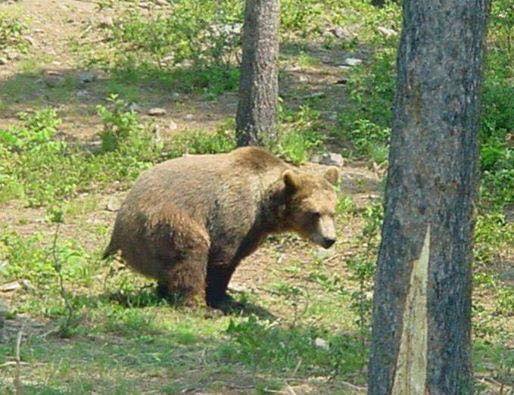