“Deals like the TPP effectively curtail Congress’s authority, potentially committing the country to abide by its rules for decades to come. That deprives us of the option to change our minds about the propriety of source code disclosure or data localization rules in the future. Even if the rules seem sensible today, we may come to regret them in the future” [Vox]. Not just source code or data localization rules!

“If it is costly to get sued, then rational governments will behave in ways that minimize the risk of getting sued. This is the root of the worry about what ISDS might do to regulation. The U.S. government might think twice about setting regulations that trigger lawsuits” [WaPo]. Then again, Ezra Klein says “No problemo.” So that’s alright then.

“TPP would thus allow foreign companies to bring a wide range of challenges to government IP rulings. A foreign business could challenge the denial of a patent application, a ruling that it infringed a trademark, a decision that its own copyrights weren’t infringed, or a statute restricting the scope of patentable inventions. Any government action that adversely affects a foreign company’s IP expectations could be attacked” [IP Watch]. “Such ISDS challenges are already being brought under other free trade agreements, none of which list IP as a protected investment.”

“In a nutshell, the Cruz case is this: There is an army of silent evangelical voters out there, and I can mobilize them. The country has 90 million evangelical Christians, 54 million of whom stayed home on Election Day in 2012, he says. If I can get just 10 million of the no-shows to vote for me in 2016, we win” [Wall Street Journal].

“Elizabeth Warren Only Female Democratic Senator Missing From Hillary Clinton Endorsement Event” [ABC]. Ouch! ” But her continued absence still comes at a time when many high-level Clinton backers are growing increasingly convinced that the Bostonian’s backing will be important for Clinton in energizing Bernie Sanders’ supporters and uniting Democrats during the general election” [Politico].

Cruz: The Planned Parenthood shooter “also been reported that he was registered as an independent and a woman and a transgendered leftist activist” [WaPo].

Cruz: “Here is the simple and undeniable fact – the overwhelming majority of violent criminals are Democrats” [The Hill].

Trump meeting with Black pastors turns into a clusterf*ck [New York Times]. Apparently, their attendance was to be construed as an endorsement.

“Anne-Marie Slaughter ‘devastated’ by Clinton’s take on her ‘have it all’ article” [Politico]. My goodness!

When it endorsed Christie, the Manchester Union Leader “knew almost nothing about his record as governor” [Newark Star-Ledger]. Too charitable.

Senate Republicans may actually vote to repeal ObamaCare, safe in the knowledge that Obama will veto the bill [Politico]. The repeal bill seems as much of a Rube Goldberg device as ObamaCare! There’s a two-year transition period “that keeps federal subsidies flowing until the next president passes a plan,” for example.

“‘I think it’s better than 50-50 that we’re going to get [a shutdown],’ Norman Ornstein, a centrist scholar on politics and Congress at the American Enterprise Institute, said” [McClatchy]. Over Syrian refugees, for pity’s sake.

“The Wisconsin Republican is the first Speaker in nearly a century to sport a beard, or the beginnings of one, on the job” [The Hill].

Construction Spending, October 2015: “Construction is one of the highlights of the 2015 economy with spending up a solid 1.0 percent in October for the best rate since May.” [Econoday]. “Public spending is holding down totals with educational construction unchanged in the month though Federal spending did jump, up 19.2 percent for the largest gain in nine years that takes the year-on-year rate to plus 10.7 percent.” But: “The headlines say construction spending grew. The backward revisions make this series very wacky. In any event, construction spending is growing much faster than the economy in general” [Econoday].

Motor Vehicle Sales, November 2015: “With about 2/3 of the data in, sales of motor vehicles in November are looking soft compared to prior months” [Econoday].

ISM Manufacturing Index, November 2015: “more than 1 point below Econoday’s low-end estimate for the lowest reading since June 2009.. Decline includes a significant dip for new orders” [Econoday]. “A convincing detail in the report is the breadth of weakness with only five of 18 industries reporting composite growth in the month.” And: “Relatively deep penetration of this index below 50 has normally resulted in a recession” [Econoday]. Although our normal is new. Nevertheless: “This was in stark contrast to the market consensus for a modest rise to 50.5, and it marks the first sub-50 print since 2012 and the sixth consecutive decline in this indicator” [Across the Curve]. “This was a very weak report, and the breadth of the slowdown among industries suggests some broadening in the contraction beyond the energy-dependent sectors. Despite the drop, this index remains well above the 43.1 mark that is broadly consistent with a recessionary reading.”

PMI Manufacturing Index, November 2015: “Markit’s U.S. manufacturing sample, which has been reporting much stronger levels of activity than others, reports slower rates of growth in November” [Econoday]. “Softness in new orders, rising at their slowest pace in just over two years, is the chief reason for the dip. Export orders are in contraction, once again the result of weak foreign demand made weaker for U.S. goods by the strength of the dollar. Weakness in new orders is compounded by the first contraction in backlog orders since November last year.” And: “Another bad one, reversing last month’s suspect move up” [Mosler Economics]. “Along with the ISM, it’s decelerated with the collapse in oil related capital expenditures, and nothing yet has come along to fill that spending gap (apart from building unsold inventory):”

Ag: “Dow Chemical Co is selling off part of its herbicide business, amid continued talks of consolidation in the ag-chemical sector” [Agrimoney]. Hmm. Taking action before the lawsuits, perhaps?

The Fed: Put yourself in J-Yel’s chair: “Given all of the above, how significant is this Friday’s employment situation report? Does it really matter if nonfarm payrolls increase by 150,000 or 250,000? Unless the number is some shocking outlier, is it anything more than noise?” [Barry Ritholtz, Bloomberg].

The Fed: “Economists at the Federal Reserve Bank of New York say their economic model  s projecting [here] slightly slower economic growth than previously expected due to tighter financial conditions” [Market News]. “They see only a slow return to the Fed’s 2% inflation target.”

The Fed: “The latest read on the Fed’s preferred inflation metric was not particularly kind to policymakers” [Tim Duy’s Fed Watch]. “Hence I think the base case of rising wages and prices remains reasonable – assuming sufficient cyclical momentum to carry unemployment lower still. But how much tightening can the economy weather before that cyclical momentum wanes? Therein lies the Fed’s challenge. Employment indicators tend to be lagging, and the economy may already be already easing into a soft patch.”

“There’s been a cover-up in Chicago. The city’s leaders have now brought charges against a police officer, Jason Van Dyke, for the first-degree murder of 17-year-old Laquan McDonald. But for more than a year, Chicago officials delayed the criminal process, and might well have postponed prosecution indefinitely, had it not been for a state court forcing their hand.” [New York Times]. So, Obama’s chief of staff crooked, violent, and secretive. Seems odd.

“Mayor’s Meeting With Black Clergy May Have Made His Standing In Black Community Worse” [Aldertrack]. As I read it, Rahm threatened the clergy with lost jobs if there were demonstrations.

“Chicago police superintendent fired by mayor amid outcry over video of shooting” [WaPo].

“[UnitedHealth] CEO Stephen Hemsley said that it had made its best effort to keep costs down by selling plans with small doctor networks, and that it had priced them competitively. The company signed up members with better health than the overall exchange population, but it still lost money, he said” [Reuters]. So, narrow networks and successful underwriting, and UnitedHealth still can’t make money. Time to take profit and highly paid CEOs out of the equation, then?

“‘If, 50 years ago, I had shown you an iPhone and an iPad, and how FaceTime works, you would have thought I was insane,’ [Miami Mayor Philip] Levine said. ‘So, 10, 20, 30 years from today, humankind will come up with amazing, innovative ideas that will create an even greater level of resiliency for coastal cities.'” [Vanity Fair]. Whenever you hear the word “innovation,” or “innovate,” your bullshit detector should go off, and you should put your hand on your wallet (or purse) to make sure you still have it.

“Exxon Vice President for Public and Government Affairs Kenneth Cohen accuses a Columbia journalism professor and her team of potentially violating the university’s policy on research misconduct by downplaying or ignoring information provided by the company” [Politico]. Chutzpah!

“The lower middle class and poor came into the Great Recession with a lot of debt and they haven’t been able to pay it down since” [CNN]. “About 1 in 5 American families who make $41,200 or less have what’s considered a hefty debt burden — defined as more than 40% debt-to-income load.” So if they have jobs, they won’t risk leaving, even to better themselves.

“New York City is a case study for how loosening land use restrictions promotes gentrification. That’s because allowing thirty-story condo towers in formerly low-rise neighborhoods like Williamsburg rapidly expedited the gentrification process. This new housing, like most of that built after the Bloomberg Administration’s rapid upzoning of 35% of the city, did not serve “the 90%” and instead contributed to the city’s rising homelessness and increased displacement” [LA Progressive].

“New maths formula is first ever ‘quantifiable theory of humour'” [International Business Times]. No it isn’t.

“Simply put, the days of easy retirement are over” [MarketWatch]. Goes to show that the whole theory of “saving” for retirement was a phishing expedition that ensnared in a whole generation, leading to disaster, even for those who played by the rules. Social Security is the answer, not more privatization.

“Leaving the Mac App Store” [Sketch]. The kicker: “We know there are a great number of people at Apple who care deeply about the Mac.” Yikes! (Another straw in the wind pointing to a future in which the Apple of iOS, the app, and Jony Ives isn’t necessarily interested in, or capable of, supporting the sort of platform professionals need, as the slow deterioration of OS X under the impact of iOS shows.

“Is empathy the hidden motor of human history?” [New Humanist]. As opposed to “affective” empathy, “‘cognitive’ or ‘perspective-taking’ empathy …  concerns imagining what it is like to be another person, with their different viewpoints, beliefs, hopes, fears and experiences.”

Readers, feel free to contact me with (a) links, and even better (b) sources I should curate regularly, and (c) to find out how to send me images of plants. Vegetables are fine! Fungi are deemed to be honorary plants! See the previous Water Cooler (with plant) here. And here’s today’s plant (Kokuanani): 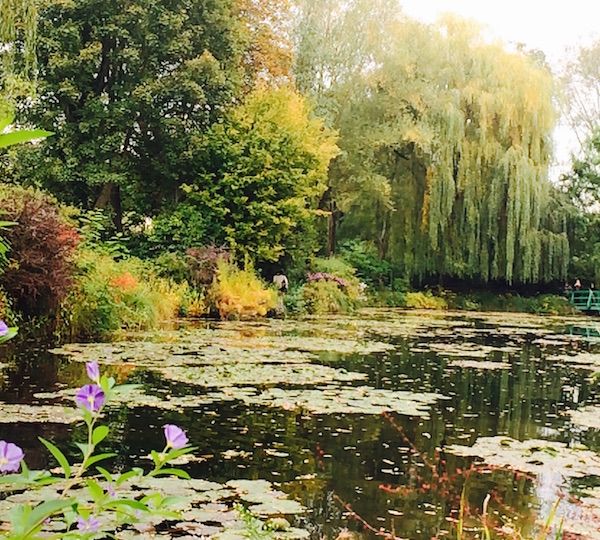