Medicare for All Bernie Sanders

Bernie Sanders Releases Health Plan And It’s Even More Ambitious Than You Thought Huffington Post. Ambitious? Definitely. Skeletal? Yes. The pay-fors are pretty well mapped out, but the coverage is brushed through in one paragraph without much detail. Of course, any movement politically is too many white papers away. This is more of a values document.

The 4th Democratic debate transcript, annotated: Who said what and what it meant Washington Post

Hillary Clinton Turns, Repeatedly, to a Democrat Not on the Debate Stage: Obama NY Times. Who didn’t see this coming? The debate was in Charleston. Do you know what South Carolina voters think of Obama? They give him a 90% approval rating. I’m not sure the bear-hug strategy works in Iowa and New Hampshire, the two states that vote first, however.

What drew Killer Mike to Sanders? ‘Smoking a joint and reading his tweets’ Politico

Bernie Sanders is right: Drug companies did help cause the opioid epidemic Vox

There Is No Evidence That a Sanders Victory Would Hurt Downballot Democrats. It’s Likely The Opposite. The Washington Monthly

WaPo Does Another OMG! Editorial on Social Security and Medicare Dean Baker

Bets against the dot plot go into overdrive Sober Look

Iraqi city of Ramadi, once home to 500,000, lies in ruins Washington Post

Bowie gets first US number one album BBC. Incredible that it’s the first.

Antidote du jour (unsure if this spider is from Mars) 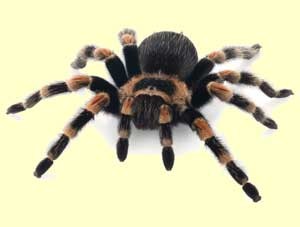