Google and Apple hit back on EU tax deals Financial Times. The headline misleadingly makes Google and Apple sound as if they are in a strong position when deals to settle tax liability are being questioned on a widespread basis as too secretive and way too generous-looking.

EU Report: Greece Has Neglected Border Obligations Wall Street Journal. Duh. Greece has lots of coastline, a not-heavily-populated border in the east, and a broke government.

Iran Daily: Khamenei Issues His Biggest Challenge With Election Ban of Khomeini’s Grandson EA WorldView. Resilc: “Can we be progressive like iran and have an election ban on more Clintons?”

The U.S. Intervention in Libya Was Such a Smashing Success That a Sequel Is Coming Intercept

The War on ISIS Expands to Libya American Conservative (resilc)

SECDEF has been ambushed by reality. Sic Semper Tyrannis

The Fed in a Bind Mohamed El-Erian Bloomberg

Is Bank of America on Life Support?

Paul LePage Floats Idea of Publicly Beheading Drug Dealers With Guillotine New York Magazine (resilc). As sadistic-looking as the results are, we have not improved over the guillotine in terms of immediate (therefore no unnecessary suffering) pretty fail safe ways of killing people. Separately, I want to have a mini guillotine business. They could be the Pet Rocks of Christmas 2016. You have kitchen sized ones, say big enough to cut a grapefruit or a carrot. But how do you get the force on such a short run to cut a carrot? The physics don’t work very well scaled down. Plus image the liability with kids who decide to play with them.

We brought an antenna to Davos to track private air travel, and here’s what we found Quartz

Teacher assistants in the Mississippi Delta have an enviable job. Also, they earn $9 an hour. Slate

Drivers’ suit against Uber to go to trial Financial Times

From Monday’s release of a golden eagle in central Pennsylvania via Centre Wildlife Care.

Golden eagles are particularly special because they no longer live in the eastern United States (need I say why?), but goldens do pass through here during their migrations north and south. 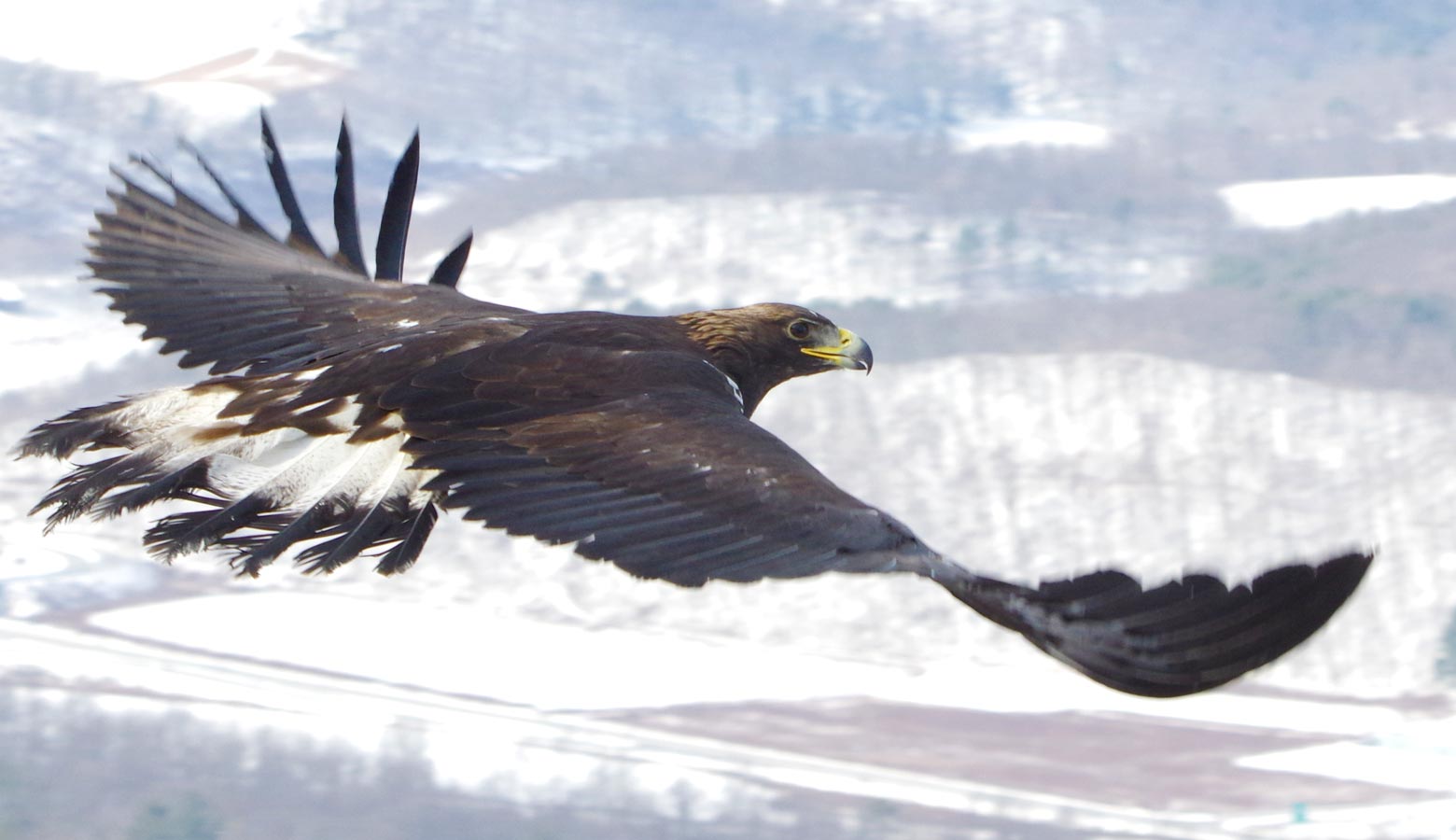