Let’s remind ourselves how we get from Malta to New Zealand and Mossack Fonseca. Here’s the fearsome Maltese blogger Daphne Caruana Galizia, who tells us what she was getting up to in late February:

In the afternoon of 22nd February, I uploaded two posts in quick succession…They would have seemed mysterious to everyone but four people: Joseph Muscat, Keith Schembri, Konrad Mizzi and Brian Tonna of Nexia BT. It’s unlikely that Sai Mizzi Liang, in Shanghai and clearly having already left Malta behind, would have bothered reading them.

Joseph Muscat is the Prime Minister of Malta. Keith Schembri is his “Chief of Staff”. Konrad Mizzi is Malta’s Minister for Energy and Conservation of Water. Sai Mizzi Liang is Konrad Mizzi’s wife. Brian Tonna of Nexia BT is also Brian Tonna of Mossack Fonseca, (Malta), and Mossack Fonseca is a Panamanian law firm, memorably characterized in Vice magazine as The Law Firm That Works with Oligarchs, Money Launderers, and Dictators.

Galizia’s cryptic posts are parts of a booby trap, which is immediately sprung:

The following day, Konrad Mizzi approached Malta Today and gave the news portal a story in which he said he will “reveal” his ownership of a trust in New Zealand. He did not tell them that the only reason the trust exists is to further conceal the existence and ownership of a company in EU-blacklisted and top-secret Panama. Nor did he tell them that he set up this structure concurrently with the Prime Minister’s chief of staff, Keith Schembri, who has exactly the same set-up besides companies (plural) in another secretive offshore haven, the British Virgin Islands.

Malta Today then published its story early the day after, on the 24th. On reading it, I immediately reported that Konrad Mizzi owns a company in Panama, and that he lied to Malta Today by concealing key information from them.

Two weeks later another Daphne post, entitled “If the Police hurry up, they might be just in time to pick up these bags of documents” has an interesting picture of bags of shredded documents that appeared outside Nexia BT’s offices: 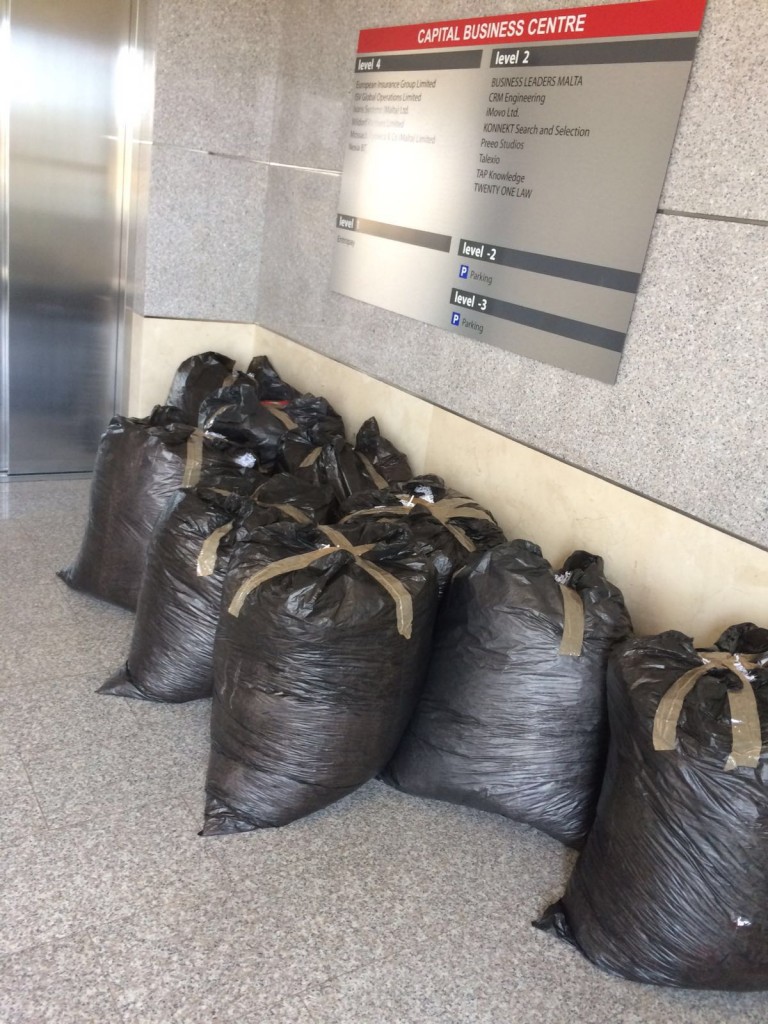 The bags were later removed by a vehicle bearing the livery of Casco Ltd, a company owned by Keith Schembri, who is also implicated in the scandal.

That’s too much documentation for a couple of New Zealand overseas trusts and a pair of Panamanian companies. Judging  by the volume of shredding, Nexia BT and Keith Schembri both think there is quite a bit more to hide than the very recent activities of a couple of Maltese politicians.

Some of what needs to be hidden must be connected to New Zealand, via these overseas trusts and the names of Orion Trust and Mossack Fonseca. The New Zealand overseas trust business, which we took a look at in our last post, is opaque (no public register; sketchy or nonexistent beneficiary disclosures), reasonably large (ballpark estimate: 10,000+ trusts) and lucrative (annual revenues between $20Mn and $50Mn). Some trusts hold a lot of assets: billions of dollars worth, in one rumoured case. 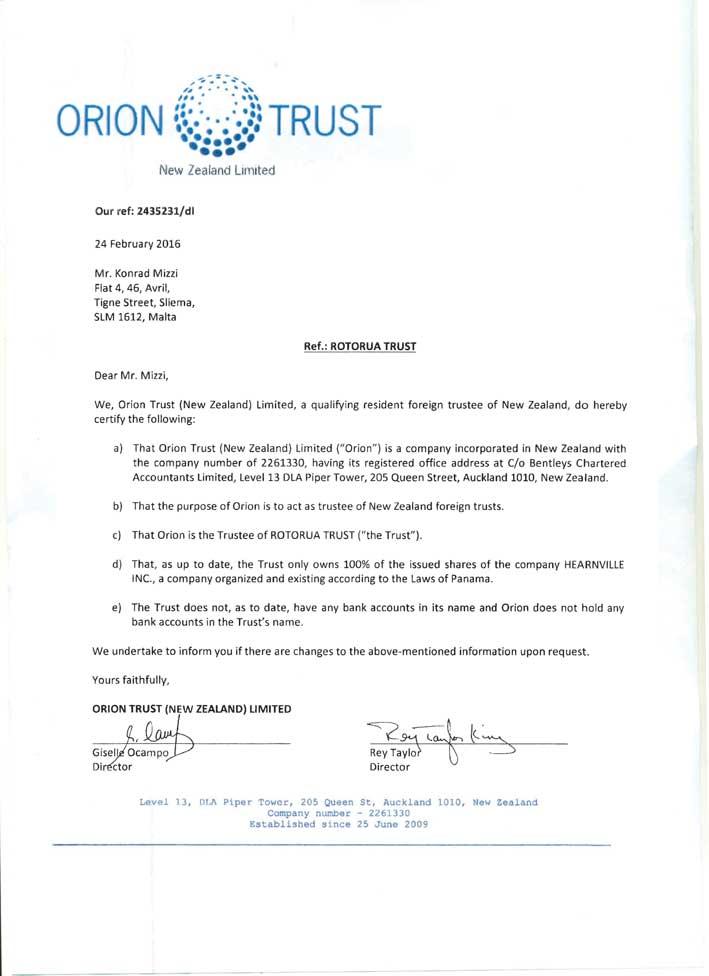 With that, it’s off to New Zealand, where we find out that Orion Trust has been in business since 2009 and that the letter signatory “Giselle Ocampo” is in fact Giselle Yajaira Ocampo Fonseca. Panamanian Giselle is clearly one of the “Mossack Fonseca” Fonsecas, since she’s also been a director of one of Mossack Fonseca’s UK companies, MF (Corporate) UK Limited since 2010.

Her co-director at Orion, trust specialist Roger John Thompson, is one of the principals of Bentleys New Zealand, a branch of the Australian accounting firm. Thompson has another 150 or so New Zealand company directorships. Many of these appear to be trust companies, trustees or nominees; one of them is another Mossack Fonseca company, established in 2012. Bentley’s New Zealand, in other words, is somewhere near ground zero of the murky New Zealand foreign trust business.

In a mildly intriguing coincidence, another one of Thompson’s companies, Halcyon Trustees, was directed, until just 10 hours after Daphne Caruana Galizia started hares in Malta with her booby trap post, by Geoffrey Cone, whom we met in our last post, providing control-concealing offshore structures to a controversial Slovakian magnate whose companies are now under police investigation.

Mind you, Mossack Fonseca’s activities in the super-opaque New Zealand foreign trusts (since 2009, as Orion Trust) should be front and centre of official New Zealand concern. The already-mentioned article entitled The Law Firm That Works with Oligarchs, Money Launderers, and Dictators should offer a clue about the stakes. I commend it to the New Zealand IRD, to the NZ AML authorities, and to anyone else who’s interested.

There’s one other little Mossack Fonseca connection in New Zealand, not obviously connected to foreign trusts, that will get special attention in a forthcoming post.