Banned pesticides ‘not equally harmful’ to bees BBC (David L). The problem with this sort of analysis (and it applies to humans too) is that they look at the effect of toxins in isolation, and ignore how exposure to several in what appear to be sub-clinical amounts can have nasty effects (a new story on this IIRC a couple of years ago went out of the discourse after one news cycle).

Eurozone Economic Recovery Gathers Pace Wall Street Journal. 0.6% growth? This is desperate messaging. And both the WSJ and FT are touting how the Eurozone is doing better than the US. This is what the Japanese call a height competition among peanuts.

‘Europe is a cesspool of deflationary forces’ Reuters (resilc)

No, Russia is not in decline – at least not any more and not yet Financial Times

With Iraq Mired in Turmoil, Some Call for Partitioning the Country New York Times

Iran Daily: “We Will Force US to Implement Nuclear Deal” EA WorldView (resilc)

Icahn: Republicans don’t understand economics and it’s killing the country CNBC (furzy). OMFG….Ichan (Trump’s pick for Treasury secretary) makes more sense than anyone on the Dem bench. He advocates more fiscal spending and actually understands that the US can’t go bankrupt in its own currency even though he doesn’t articulate it that way. We are entering into an alternative reality. But I can’t imagine a corporate raider like Ichan would every be approved by the Senate.

Trump’s Cabinet: Who it might be The Hill (furzy). Although there is reason to be concerned, this is scaremongering. As furzy notes, “Yes, it was over the top to suggest Palin could be appointed. ..or Carson. ..he has basically used and dumped both of them.”

Why Did Trump Invent the Rumor That Sanders Was Dropping Out of the Election? Here’s One Potential Rationale Alternet (martha r)

This is What Will Happen at the Democratic Convention the writing of john laurits (martha r). Someone please check his math. Per the Associated Press: “Clinton is 91 percent of the way to capturing the nomination, meaning that she can lose every remaining primary by a wide margin and still become the party’s standard-bearer..” I’d love him to be right, but his take seems to be an extreme outlier.

Why Hillary Will Govern More Like Bernie Than People Think New Republic. Resilc: “Is he on crack or smack?”

The Line That May Have Won Hillary Clinton the Nomination Matt Taibbi, Rolling Stone. I don’t buy this. What hurt Sanders was the relentless elite war against him, particularly in the media: first refusing to pay any attention to him way longer than was even remotely justifiable, putting misleading headlines on stories when he scored wins (at debates, in primaries, his Vatican visit), and then going relentlessly on the attack when he became too big a phenomenon to ignore. What Hillary actually said was trivial compared to that. Taibbi, in a rare departure, here is too close to details of the campaign and is losing the forest for the trees.

Black Women Rally Behind Hillary Clinton Wall Street Journal (Li). Taibbi take is probably due to this phenomenon, but those black women were voting for Hillary regardless. As as Li points out, “There aren’t enough old black church ladies for Hillary to win in the general.”

Obama is defending his record on Wall Street against Bernie Sanders Washington Post. Adrien: “Obama’s ego is getting picked by Sanders’s pounding for the last 12 months. I may be dreaming but it would seem as though suddenly the administration is responding..by taken steps it can control and of course over promote — small steps with maximum media coverage..

QE4 is coming…and it could fund the next Cold War: Analyst CNBC

Banks raise prospect of court action over Fed dividend cuts Financial Times. I am partway through a good book on the Fed that is generally sympathetic to the institution but nevertheless makes clear that the Fed is clearly unconstitutional in the manner in which it is set up, but courts have consistently rejected Constitutional challenges. I have no idea whether defenders of the dividend cuts might be able to backdoor those arguments into a suit that does not assail the Fed head on.

Huffington Post killed story pitch critical of Uber Washington Post You may have seen in yesterday’s Water Cooler that Arianna Huffington joined the board of Uber.

Why birthplace matters so much: Sorting, learning and geography VoxEU. Lordie. Notice the assumption: that where you were born is where you grew up. They don’t even attempt to correct for that in the analysis. I “lived” where I was born for all of the six days that I was in the hospital and lived in three different small towns before I was six, when we moved to a big city.

UK graduates have more debt than US peers Financial Times 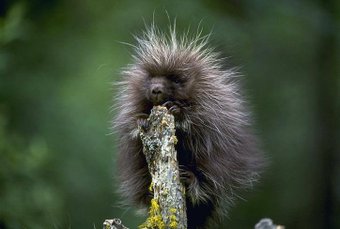