Complex life a billion years earlier than thought? PhysOrg. Chuck L: “This is a big deal if it’s confirmed.”

The forgotten coup in Australia Defend Democracy. Today’s must read.

How Europe Can Survive Without Introducing Sovereign Debt Limits Economonitor. This is a very important issue that has not gotten the attention it warrants. The Germans are pushing a plan to reduce the integration between banks and sovereigns. In theory, it’s a good idea but the specific scheme is a train wreck. This piece presupposes that you know that.

Italy must choose between the euro and its own economic survival Ambrose Evans-Pritchard, Telegraph (Richard Smith). Missed this from last week. AEP has said for some time that Italy is the country that can both afford to exit the eurozone and has the strongest incentives to do so. The performance stats in this article are dreadful. And Italy, unlike Greece, makes goods that the rest of the world buys (ex tourism, and there are limits to scale on that) and would benefit from a cheaper currency.

US backed rebels execute US backed YPG Kurd woman. Shooter told her to take off her clothes. #Syria https://t.co/6PGVgPUUXN

The Pentagon is building a ‘self-aware’ killer robot army fueled by social media Medium (Wat). We have madmen in charge.

Bernie Sanders Wins Oregon; Hillary Clinton Declares Victory in Kentucky New York Times. Oregon was an 8 point margin while Kentucky was extremely tight, only 1900 vote margin. And the Times, in a departure, pointed that out in its subhead.

Reid ‘surprised’ by ‘silly statement’ from Sanders The Hill (martha r). Translation: Sanders was supposed to show his belly and throw his supporters under the bus. Bad Sanders!

The Daily 202: Failure of Burlington College is a big problem for Bernie and Jane Sanders Washington Post. Martha r: “A sampling of hit pieces.”

Feminism is Bigger Than Gender: Why I’ll be Happy in Hell Without Hillary Counterpunch (Judy B)

Is Sanders Hurting Clinton By Staying In The Race? FiveThirtyEight. Resilc: “Clintoon is hurting Clintoon by being Clintoon.” Moi: Since when is an opponent in any struggle obligated to be considerate of the other side? Clinton has drawn no quarter and played super dirty, yet her mouthpieces demand that he operate by the Marquis of Queensbury rules? Puhleez. And if she can’t handle Sanders, no way is she ready for Trump.

Trump Claims Income of More Than $557 Million on Disclosure Bloomberg. Pray tell how to makes sense of this: “Trump’s statement says the $557 million in income “does not include dividends, interest, capital gains, rents and royalties.” So his income = salary and gifts? Insurance proceeds? Speaking fees? Lottery winnings? Looks like this is meant to rebut various analyses that have found him having max $300 million in cash.

Donald Trump and Republicans in fundraising deal Financial Times. The hostile takeover has been completed.

Donald Trump Borrows From Bernie Sanders’s Playbook to Woo Democrats New York Times. Tacking a bit to the left now that he has his deal. But will Republican donors worry that The Donald won’t stay bought if they fund him? By contrast, the Clintons have a track record of delivering dating as far back as her commodities trade.

Failing elites are to blame for unleashing Trump Martin Wolf, Financial Times. Wolf has a meltdown over Trump.

Trump University Can Take Fraud Case to New York’s Highest Court, Judge Rules Wall Street Journal. Trump just got rid of one of his event risks. Case now unlikely to be heard before election. Was previously expected for the summer.

Donald Trump faces June deposition in restaurant lawsuit Politico (Jeff W). Mind you this is a suit Trump filed, so curious that he hans’t settled, since this isn’t a lot of dough. But the flip side is sometimes both sides need to get to see each other’s cards in discovery before they come to terms.

VIDEO: Kelly confronts Trump over ‘bimbo’ tweets BBC. Trump is trying to behave a wee bit better. How long will this last?

A Supreme Court Not So Much Deadlocked as Diminished New York Times. Given the court’s recent propensity for strained rulings, this is a bad thing?

These types of pieces always distort the reality behind the headlines, which should read ‘Los Angeles schools put taxpayers on hook in $88 million settlement for sex abuse’, ‘ XYZville taxpayers to pony up $N million to settle charges of police brutality’, etc. Like TBTF-bank bondholders the perps are never forced to have any skin in the game. If your typical police-lawbreaking settlement came out of the cops’ pension fund, you can bet their behavior would change for the better right quick.

9-year-old Girl Who Asked Police if They Could Keep Her Safe, Dies. Waukesha Patch (Dr. Kevin)

Lawmakers Try New Tactic to Ease Rules for Private-Equity Funds Wall Street Journal. The claim that the reporting is onerous is bogus.

Bond shortage deepens as US Treasury stops issuing debt Ambrose Evans-Pritchard (David L). This is a fiscal drag. If this keeps up for any length of time, it will slow growth. Just as the US is going into the election! It will be ironic if Team Dem sinks as a result of its belief in flawed orthodox economics.

Email from President Obama: I’ve Got News For You on Overtime White House (furzy)

The new overtime rule will directly benefit 12.5 million working people: Who they are and where they live Economic Policy Institute

Google (GOOG) is launching a ridesharing service to compete with Uber, Lyft, and Via Quartz (resilc)

A Plan to Flood San Francisco With News on Homelessness New York Times. Important, particularly about the press engaging in advocacy, but notice why this has become a perceived crisis: not out of concern for the homeless themselves but because they are a seen as a lifestyle threat to the well off. 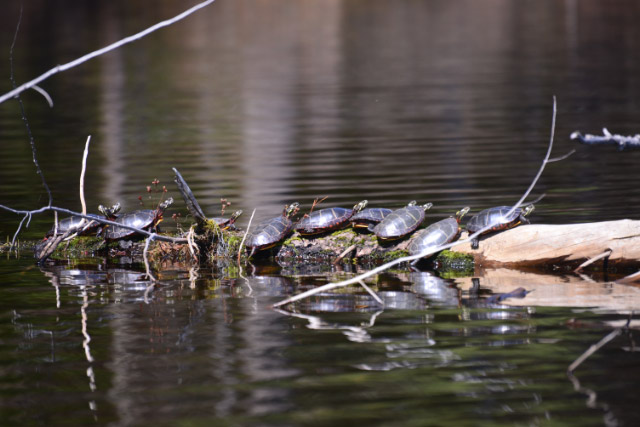 And a bonus antidote (Huffington Post via jess m)