Our mini-fundraiser for Water Cooler is on! 34 donors have already invested to support Water Cooler, which provides both economic and political coverage, at a time when former Clinton Administration official Brad Delong announced, following the purge of two Sanders-supporting writers, that those deemed to be too far to the left will be “gleefully and comprehensively trash[ed]” come November. Independent funding is key to having an independent editorial point of view. Please join us and participate via Lambert’s Water Cooler Tip Jar, which shows how to give via check, credit card, debit card, or PayPal.

Cats CAN understand physics: Felines use noise cues and ‘cause and effect’ to detect hidden prey Daily Mail

Weasels Are Built for the Hunt NYT (KF)

A Lost Decade? We Should Be So Lucky Satyajit Das, Bloomberg

Cameron’s Deceit and Lies: What He Promised, What He Delivered MishTalk

Why the far right is on the rise Le Monde Diplomatique

Amid Controversy, Public Safety Officials Put Temporary Hold on Using Prepaid Card Readers Oklahoma Watch. Ugly: “According to ERAD’s bid for the state contract, the devices allow DPS officers to determine the amount of money loaded on to a prepaid card and to either freeze the funds or seize them by having the money deposited directly into a Department of Public Safety Account. This can be done during a traffic stop. The funds would then be subject to forfeiture actions in court.”

A Few More Questions About The Orlando Massacre Moon of Alabama

How US Counterterrorism Funds Ended Up in the Orlando Terrorist’s Pocket DefenseOne. Article, though not headline, is useful.

American attitudes on refugees from the Middle East Brookings

Ahead of meeting with Clinton, Sanders calls for “fundamental transformation of Democratic Party” Salon

Sanders: End of Voting Does Not Mean End of Political Revolution Common Dreams

The unexpected side effect of Hillary 2016: How she transformed Democrats into “new” Republicans Salon

Clinton Has 12-Point Edge Over Trump in Bloomberg National Poll Bloomberg. Johnson accounts for 9%. Stein does not appear, so the poll, and the headline, are a wee bit deceptive. It would be one of history’s little jests if Stein reprised Perot’s role in 1992, when Bill Clinton was elected with a plurality, not a majority.

Russian hackers targeted Trump and Clinton campaigns, U.S. intelligence sources say Yahoo News. Maybe they want to know what the heck is going on as much as we do…

Evoking ‘Spirit Of 9/12′ Was Once Crass Politics, But Not For Hillary Clinton ShadowProof

The right response to Donald Trump? A media blackout. Dana Milbank, WaPo. It worked with Sanders.

What American Soldiers Are Saying About Donald Trump Vice

Is Donald Trump an Actual Fascist? Vanity Fair. No.

The gig economy is neither ‘sharing’ nor ‘collaborative’ FT

Borges is Still Dead. (Or Is He? And Which Borges?) Literary Hub 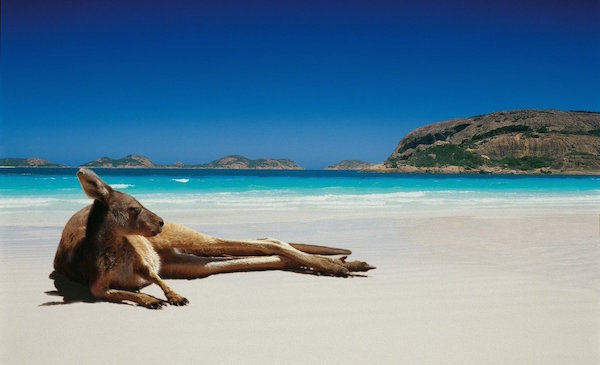