Dear patient readers, I’m still not 100% after being sick this weekend, and I am also overwhelmed by the news flow (as in I need to digest in order to write anything worth saying). I am one one level not surprised at the failure to refer Clinton for indictment. Obama endorsing her meant the wrath of the entire Administration would come down on Comey if he pretended he hadn’t gotten the memo; had he wanted to take a stand, his best course of action might have been to resign and refuse to make any comments about the investigation. The real message would be obvious. But on another level, it is nevertheless deeply disturbing to see it happen right on the heels of the outrageous Bill Clinton-Loretta Lynch meeting. And if you have not read it, be sure to see Lambert’s informative parsing of the Comey press release in yesterday’s Water Cooler. There is a ton the FBI chose not to look at and will apparently never be examined despite the stench of corruption.

This floating garbage collector is longer than a football field — and it could get 1,000 times bigger Business Insider (David L)

Chilcot report: 2003 Iraq war was ‘unnecessary’, invasion was not ‘last resort’ and Saddam Hussein was ‘no imminent threat’ Telegraph. Live blog. I was in Sydney in the runup to the war. It was obvious the US was going in because it had mobilized. The fact that Hans Blix (UN inspector) was in Iraq, and had already inspected 75% of the sites for WMD in order of priority (meaning if Saddam had anything, he was moving it around on trucks and the only people who were at risk were Iraqi citizens) was airbrushed out of the US media and I assume the UK MSM as well.

Carney’s Crisis Management Gives U.K. Its Only Plan to Work With Bloomberg

After Brexit, funds are freezing withdrawals, reviving scary memories of the global financial crisis Quartz (resilc). These are property funds. Anyone who expected them to be as liquid as hedge funds (which also have limits on liquidity) was a dope.

Brexit and the Moral Vision of Nationhood Mere Orthodoxy

After Brexit, people in Europe are suddenly feeling a lot more European Quartz (resilc). Well, only if you ignore the separatists.

Julian King to be nominated as UK’s European commissioner Politico

Globalisation and polarisation in the wake of Brexit VoxEU. Notice the new post-Brexit buzz phrase: “job polarization”. That translates roughly as “globalization thins out middle/lower middle income jobs in a big way.” The problem is the remedy is typically blather: “We need to redistribute the gains from trade and train the losers.” Sorry, if you believe that, I have a bridge I’d like to sell you. If anyone in authority wants to be convincing, a better start would be way more progressive taxes and much stronger social safety nets, as opposed to vague “redistribute the gains” handwaving. In Europe, BTW that would mean de-emphazing the regressive VAT as a starter.

The NSA Has An Advice Columnist. Seriously Intercept (Dr. Kevin)

Clinton E-mail Tar Baby. The events of the last week will have handed Trump the presidency if he actually wants it and can manage to stay on message. That means no more petty peevish tweets, steering clear of low value targets and low priority issues, and working to correct his image as a bigot (he can’t undo it but he can make is seem like he’s more a lout than someone who actively stymies “out” groups). Even if Trump does not win voters, he can drive more away from Clinton to third parties.

F.B.I. Director James Comey Recommends No Charges for Hillary Clinton on Email New York Times. Putting this in Links so you can natter about it further.

The Hillary Clinton Email Case Will Never Be Over Mother Jones

Did The FBI End Clinton’s Email Problems Or Make Them Worse? FiveThirtyEight (resilc)

What Trump said after the FBI ruled on Clinton’s emails Washington Post. Lambert: “I hate it when Trump is right.”

Hillary Clinton’s Emails and the Dangers of Conducting Diplomacy in Private Real News Network. Am including this as an example of Dems going into victory lap mode prematurely.

What if Hillary Clinton Were a Whistleblower? Reader Supported News (RR)

Clinton expands lead over Trump to 13 points Reuters (furzy). Note this poll was conducted over the July 4 weekend. That means it is going to be skewed, since it presumably was a traditional landline poll and you’d get non-vacationers. Just not clear how that skew affect the results.

Here’s President Obama’s “blunt” explanation for Hillary Clinton’s unpopularity Vox. Resilc: “I will crawl to the polls to vote against them.”

Report: 99% of Post-Recession Jobs Went to Those Who Went to College Wonk Wire (furzy). As resilc might say, even if they wound up flipping burgers.

Antidote du jour. Bubba Gump: “July 4 in the back yard, a lone fawn taking shelter from the rain. 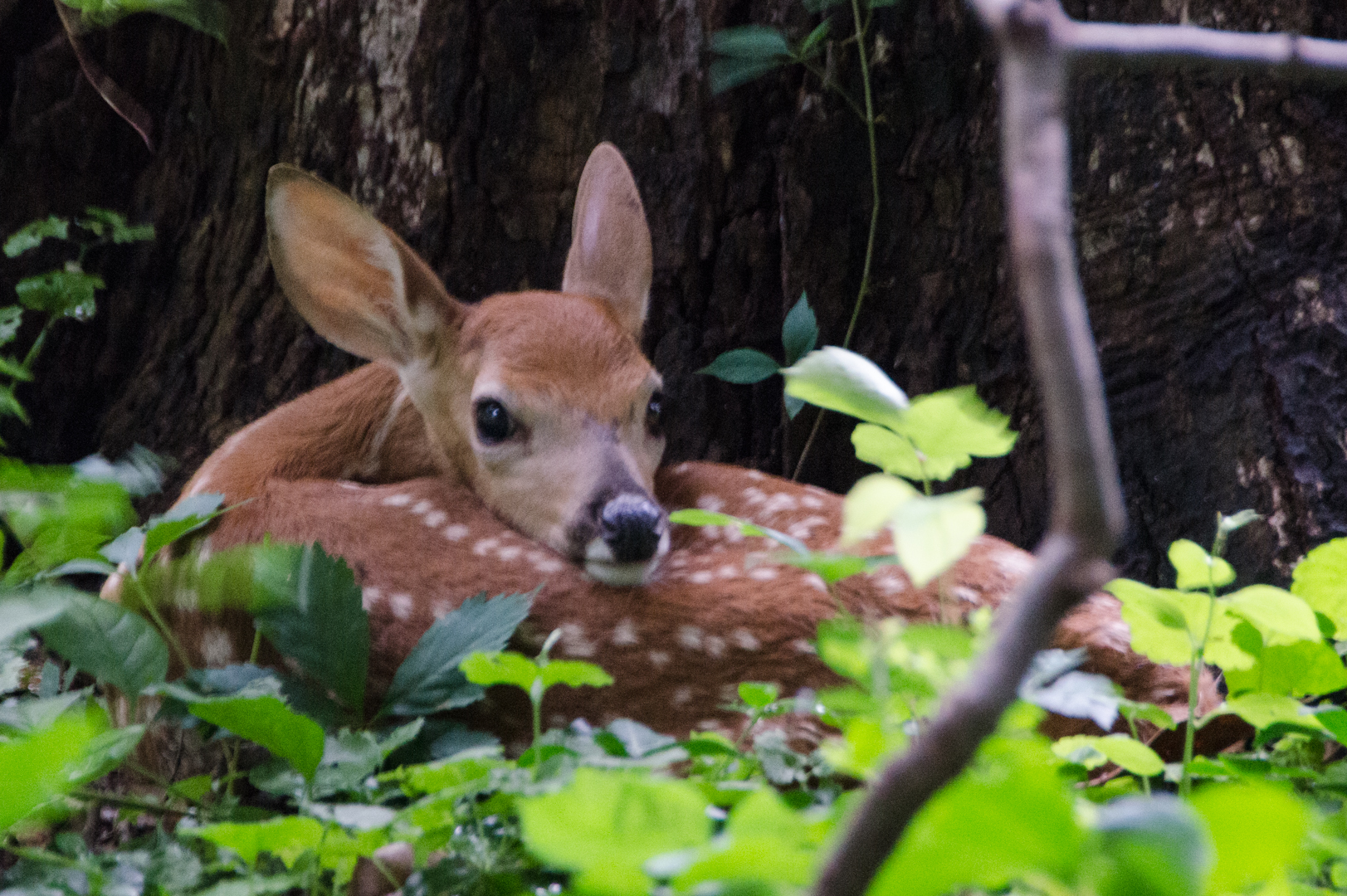