Links are again a bit thin. Thanks for your kind notes about my mother. The short version is the drama was way worse than the event.

She only sprained her foot but the emergency room staff told her to stay completely off her foot for three days, which they insisted meant having 24 hour help. They could tell she was not going to comply and called me. It took a huge amount of effort to corner her into agreeing to sort of cooperate (including catching her lying to the woman who acts as an informal health care aide), and she still slipped the leash by cutting back the coverage I’d arranged to a mere 12 hours/day. Mind you, this took hours to sort out, between calls to the woman who helps her for a half day a week, the home health care service, the emergency room staffers, and my siblings.

How the War on Drugs Makes People Eat Other People’s Faces After Stabbing Them to Death Alternet (Dan K). A contender for Top Clickbait Headline.

The implications of Brexit for the City VoxEU

We won’t trigger Article 50 until after 2017 – and that means Brexit may never happen at all Independent. My sense is the media, which on the whole has been noisily pro-Brexit, will start making ugly noises if Article 50 is not triggered by the end of the first quarter 2017 (and I don’t expect it to be by then).

The retreat of neoliberalism Defend Democracy

The Contemporary Crisis of the American Ideology Defend Democracy

Think the world is on fire? Obama’s national security adviser says things are better than ever. Vox (resilc)

Should the U.S. Still Be Sending Military Aid to Honduras? New Yorker (resilc)

Hillary Clinton’s ‘Colin Powell did it’ defense of her email practices is just plain wrong Washington Post. Li: “Even Cilizza turned on her.”

Will Bernie Sanders’ ‘Our Revolution’ Finance DNC, Clinton’s Campaign? Inquisitur. Dan K: “WTF is with Weaver? I was already creeped out by the way he let Mook push him around before the primary. Oh well, more ‘clarification’ if nothing else. Fool me once…” Moi: It is possible that the Sanders team is taking a page from the Japanese: Never get into an open conflict (particularly given how pushy and fabulously vengeful the Clintons are). Make a show of agreeing and then do the least important 40% of what they want you to do very very slowly.

Now the Clintons Tell Us Wall Street Journal (Li). On the Foundation.

Trump stays on script to hammer Clinton The Hill (Li)

A Blow to Voting Rights in Illinois Alternet

The wealthy have nearly healed from recession. The poor haven’t even started. Washington Post. Like Lambert, I loath the application of health imagery to things that are not even remotely organic, like a balance sheet. Dan K provides the link to the underlying CBO study.

Lyft Is Said to Seek a Buyer, Without Success New York Times

The Limits of Excellence Jacobin. Martha r flags this part: “But if the valorization of women’s achievements fills a harmful cultural gap, it also risks turning feminism into a project of moral sorting and reward — ultimately obscuring, naturalizing, and enforcing the power systems it purports to challenge.”

Antidote du jour. IsabelPS: “Baby bird saved by its parents after falling from the nest.” 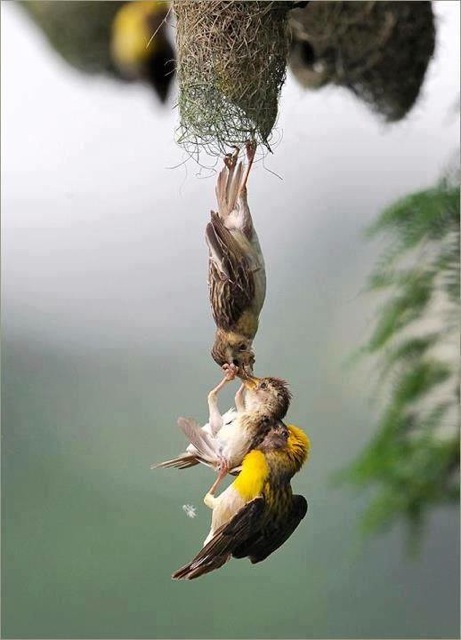