Exorcisms Are On The Rise: Brownsburg Priest Who Performs Exorcisms Says Number Of People Requesting Them Is Increasing International Business Times

Secret Recordings Fueled FBI Feud in Clinton Probe WSJ. I was struck while reading this how closely it conformed to the master narrative for many crime shows, thrillers (both film and books), etc.: work of diligent, honest (FBI, DoJ) investigators thwarted by political machinations of their superiors. Almost to the point of cliche.

Huma Abedin Is Still in Fashion With Wintour, Von Furstenberg Bloomberg. Glad to hear it! I was worried there for a moment that she wouldn’t get invites to any more A-list parties.

Leaked emails reveal cast of Clinton’s courtiers FT. For those who require a primer.

Introduction: International security in the age of renewables John Mechlin Bulletin of the Atomic Scientists.  One of many articles in an edition  devoted to renewables.

The tales of bodies and blood that surround a front line in Syria Independent. Robert Fisk’s latest.

Turkey and the Next War The American Conservative

Uber in Pakistan: A Lesson in the Flaws of the Sharing Economy The Wire

Refugee crisis: On the largest rescue ship in the Mediterranean as it battles to save lives Independent

Meet the US Investors Linked to Koch and Tobacco Making a Play for UK Fracking Firm IGas DeSmog.UK

How Britain Destroyed the Palestinian Homeland Al Jazeera. More history worth remembering, , written on the 99th anniversary of the Balfour Declaration.

Who’s Who in the London Lawsuit Challenging Brexit Bloomberg

Europe in danger of ‘losing the plot’ if it obsesses over punishing Britain for Brexit, says Irish prime minister Enda Kenny Daily Telegraph

The Kingdom of the Dead n +1

The Million-Dollar Donors WSJ. A look at who’s bankrolling the 2016 general election.

‘The fate of the republic rests on your shoulders’: Obama delivers impassioned plea to America to reject Trump Business Insider

The Places Left Behind Jacobin. At a time when the flaws in neoliberal thinking are apparent, HRC doubles down. Important. Addresses the ur-problem, and provides a road map to what HRC will try to do as President.

Clinton and Trump: The Known And The Unknown Vineyard of the Saker

Opinion: The danger to your portfolio from a Trump win is huge and you need to move now Marketwatch

What would the US economy really look like under President Donald Trump? Independent

Pilloried Clinton TLS. Much to unpack here, and I look forward to seeing readers do so in comments. Showalter sees all  criticisms of HRC as emanating from her gender, and  doesn’t admit any other legitimate grounds for criticism: corruption, arrogance, flawed neo-lib and neo-con views.

President Obama: Forever in Dad Jeans Vanity Fair. In what’s a very crowded field, VF can be counted on for the most OTT legacy-burnishing. 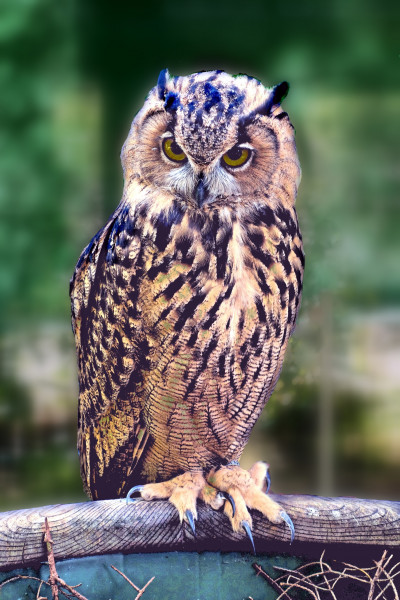 Bonus Antidote (Resilc’s North Carolina yard sign)(I know Lambert already posted this in Water Cooler, but it so perfectly captures how many of us feel that I wanted to make sure readers get another chance to see it: 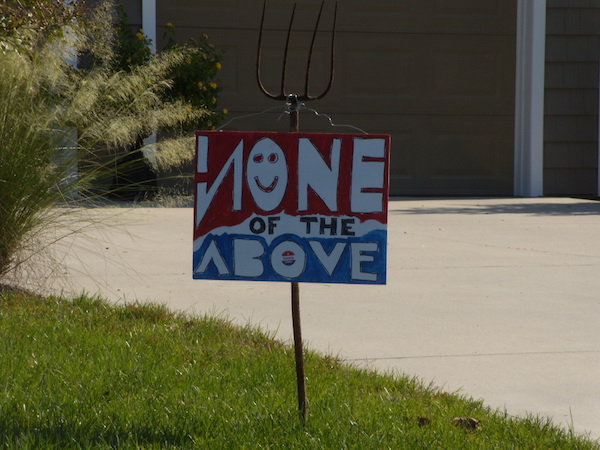