What Mirrors Tell Us About Animal Minds Atlantic (martha r)

India polio-free for three years: meet the people fighting to keep it that way Independent (J-LS)

From teacher to lover to France’s next first lady? Meet ‘Madame Macron’ The Local (EH)

A sign of the times: Mazda’s new billboard is watching you Globe and Mail

Flynn Resigns Associated Press. UserFriendly: “And there was much rejoicing amongst the neocons.​”

Embattled national security adviser Michael Flynn resigns Washington Post. See this from yesterday, The Spy Revolt Against Trump Begins Observer and the Moon of Alabama story below. The Blob won. This is a big deal.

Michael Flynn out side door, establishment in back door? Asia Times (resilc)

The Kremlin Is Starting to Worry About Trump Foreign Policy. So if the Kremlin is worried, how exactly is Trump a Putin stooge?

Steven Mnuchin Is Confirmed by Senate to Be Treasury Secretary Bloomberg

More Wall Street Bankers Set to Join Donald Trump’s Treasury Department Salon. Let us not forget that both the Democrats and Republicans are fine with this. The Obama Administration fought tooth and nail for an unqualified Lazard international mergers partner, Antonio Weiss, to have the number 3 job in Treasury, overseeing domestic banking regulations (note that due to the regulatory complexity guys who do bank M&A pretty much do only that, and Weiss was not one of them).

Donald Trump Is Selling Access to the ‘Winter White House’ for $200,000 The Nation (resilc)

What Geology Has to Say About Building a 1,000-Mile Border Wall Smithsonian (guust)

Republicans to predatory companies: Grab as much as you can Washington Post (Doug Smith)

Beyond Resistance Jacobin (UserFriendly). Important. However, the criticism of Occupy is silly. The movement was exactly two months old when it was crushed by a coordinated 17 city paramilitary crackdown, as we chronicled at the time. It’s not clear whether Occupy would have grown up into being an effective focal point for bona fide leftist energies, but it needs to be well understood that it never had the chance.

Florida Town Hall Erupts When GOP Official Spouts ACA ‘Death Panels’ Line TalkingPointsMemo. UserFriendy: “​Video is worth watching. ​I was surprised how many passionate people were there.”

The Definitive Analysis of ‘The Handshake’ Between Donald Trump and Justin Trudeau Vice (furzy, BL)

Expert: What You Need To Know About The Oroville Dam Crisis Chris Martenson, YouTube. A very informative interview with a dam expert. Consistent with reader bob’s observations in Water Cooler yesterday.

For the First Time, Wind on the Plains Supplied More Than Half Region’s Power Bloomberg (resilc)

A rash of invisible, fileless malware is infecting banks around the globe ars technica (Andreis)

Antidote du jour. Craig C: My Great Pyreneese, Barrett, surveys his domain in the Willamette Valley of Oregon. (Yes, he climbed on the table all by himself.) Enough birds for awhile… 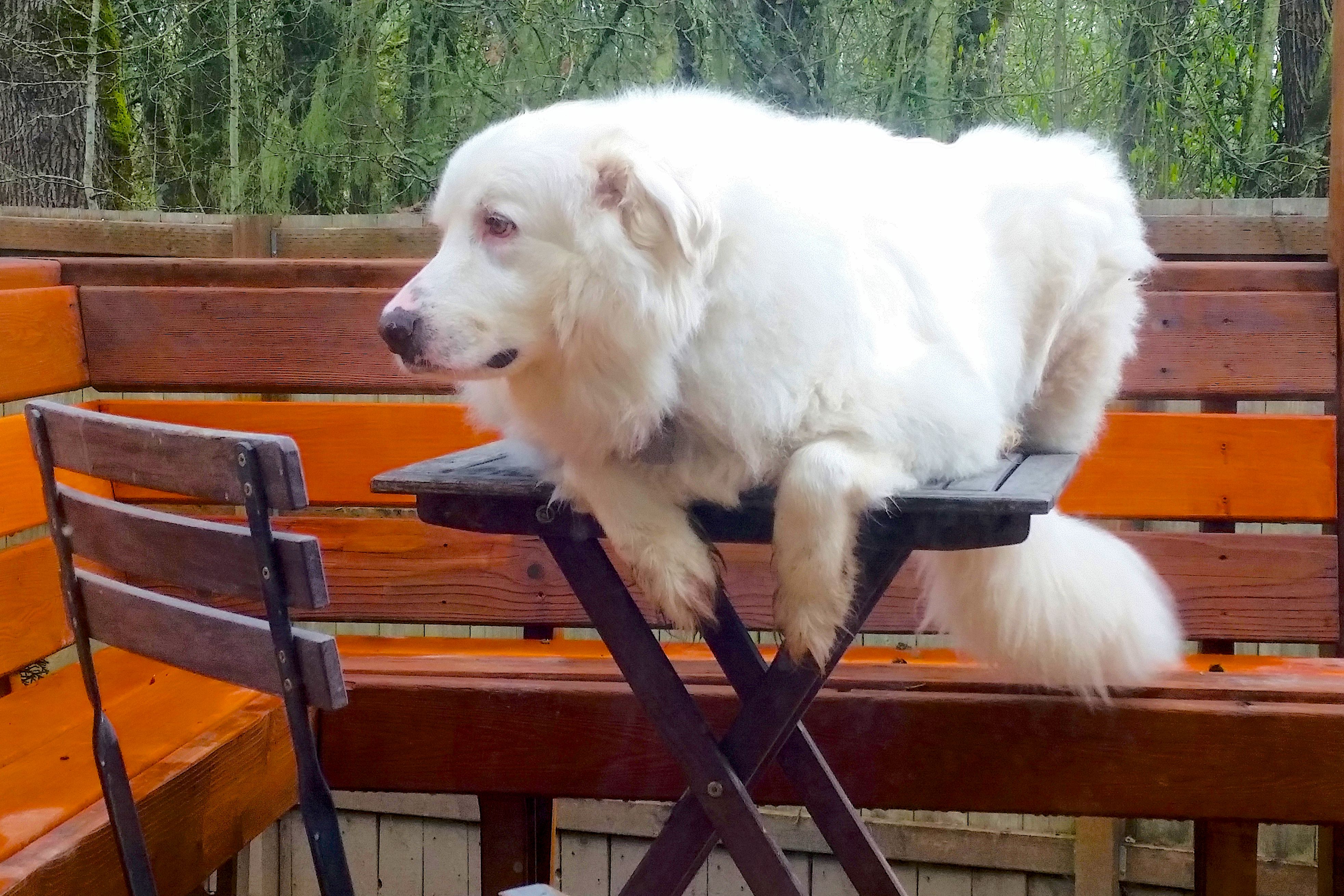 And a bonus video. This is a Valentine’s Day feature of sorts, since it shows examples of animal empathy: