Does an Octopus Have an Inner Life? The New Republic

Accident Not Your Fault? Your Insurance May Still Go Up, Report Says NYT. It doesn’t matter if you’re innocent, you still get screwed. Not that I’m bitter.

Oroville Dam unprepared for climate change, critics warned years before crisis The Desert Sun. “Plumas and Butte counties, which surround the reservoir and stretch from snowy peaks in the Sierra Nevada to farmlands in the Central Valley, sued in 2008 to challenge an environmental review that was part of the state’s application for a new federal permit for the dam. The counties accused state officials of recklessly failing to take into account the impacts of global warming in their long-term plans for operating the dam.” Interestingly, both Butte and Plumas counties went for Trump, by 48% and 57.5% respecitively.

Oroville Dam’s flood-control manual hasn’t been updated for half a century Sacramento Bee and Oroville Dam: Crews work into the night to bolster eroded spillway as next storm approaches Sacramento Bee

The enormous scale of the erosion problem at the Oroville Dam site American Geophysical Union. From the 14th, pre-spillway repairs.

Judy Brandt, who lives next to the dam and has been tweeting her own photos and videos of the spillway and the repairs, on the press:

@beachshoot hope so, they are waiting to see us all die.

She’s not wrong, is she?

From ‘Made in China’ to ‘Made by China for China’ Bloomberg

India polio-free for three years: meet the people fighting to keep it that way Independent (J-LS).

IRS won’t withhold tax refunds if Americans ignore ACA insurance requirement WaPo. This undercuts the mandate, accelerating ObamaCare’s death spiral to an unknown degree (given that the mandate requirements were already pretty squishy). Of course, it’s always possible that Trump will replace the mandate with something worse, like a continuous coverage requirement, but in the short term, I’m sure there are plenty of taxpayers who will rejoice at no longer being penalized for failure to purchase a defective product.

Obamacare’s Original Sin Jacobin. Great on the history. Here’s a terrific quote from Ezekiel Emanuel, in 2014:

[O]nce the websites are fixed and working smoothly — certainly by 2016 — the exchanges will generate positive branding . . . That means the websites need to provide an engaging, ‘Amazon-like’ shopping experience . . . By 2016 the insurance exchanges will provide an attractive, informative, and engaging insurance shopping experience with an adequate variety of choices.

“[A]n adequate variety of choices.” Now there’s a hill to die on!

What is Single Payer? PNHP

If U.S. asks foreigners for their passwords, American travelers may face the same McClatchy. No duh!

Yes, Donald Trump is a monster. But his agenda isn’t all bad Guardian (J-LS). “[B]y playing the man not the ball, the insults detract from the more important question of where on earth the leader of the western world is heading. A president can be a mendacious bastard – and often has been – yet can still be an effective leader.”

Make the Flynn Tape Public National Review. Hmm. If a smoking gun existed, wouldn’t we already be having hearings? And when Buzzfeed — rightly or wrongly — printed Steele’s dodgy dossier, it was rapidly exposed for the pile of steaming dung it was. Grifter Steele couldn’t even sell it to Jebbie!

The Dangerous Precedence Of The Hunt Against Flynn … And Trump Moon of Alabama. “Precedents.” That said, list of warnings on a “soft coup” from “across the political spectrum.” Lambert here: Not to strain my arm patting myself on the back, but I called my shot on this “change in the Constitutional order” back during the “faithless electors” flap, on December 13, 2016. Now my call is approaching conventional wisdom, at least for apartisans.

Harward favored for national security adviser job, if he wants to take it USA Today

We Asked an Expert if Trump’s Russia Scandal Could Lead to Prosecution Vice (Re Silc). An important and rare moment of sanity.

The NYT story on “Trump associates” and Russian spooks: some questions In Moscow’s Shadows (DK).

Spies Keep Intelligence From Donald Trump on Leak Concerns WSJ (WB). WB: “Sources and means? Witness headline inflation. The real story centers around spy masters fretting that they haven’t been granted the ability to frame events via daily briefs, thus shaping the White House decision making process with their alleged ‘slam dunks.'” I’m loving the liberal nomenklatura’s view that relying on known torturers and professional liars to stage a soft coup is “saving democracy.” Perhaps their view of “democracy” is overly specialized for their particular niche?

Where Is Rex Tillerson? Top Envoy Keeps Head Down and Travels Light NYT

US labour market deteriorating – the losses from GFC will be long-lived Bill Mitchell. Lengthy but not prolix (not always the case with Mitchell). Well worth a read!

Workers at Boeing’s South Carolina plant reject union Reuters. Alec MacGillis: “Story of times that even as Dems rally around a buzzy win like Puzder, so little could be done (or was) for actual organizing battle in SC.” Indeed.

Score One for the Little Guys as W Hotel Drops Its Minimum Wage Surcharge in Seattle Daily Beast (CL).

The World as Will The Archdruid Report

You are not in control Club Orlov (CL). Must-read. 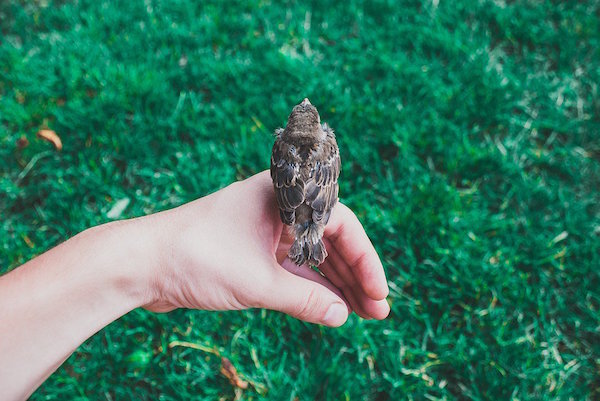