Readers, this is both longer and more chatty than it really should be, but needs must… –lambert

‘From bad to worse’: Greece hurtles towards a final reckoning Guardian

Bob: “Both NWS radars for the Oroville area are down” (here and here). Odd.

Betsy DeVos’s Brother, The Founder Of Blackwater, Is Setting Up A Private Army For China, Sources Say Buzzfeed

Why Is Asia Returning to Coal? The Diplomat

Building Global Community Mark Zuckerberg, Facebook. Begins: “To Our Community,” the comma signifying a personal communication, as opposed to a business communication, which would use a colon. Sweet, really.

The AP’s Flawed Immigration ‘Round-Up’ Scoop and the White House Response Simon Maloy, Salon. So, AP simply makes up the 100,000 figure for National Guard troops to be called up, puts it in the lead, and the best Maloy can do is “everyone screwed up a little bit on this one,” and “AP got out over its skis”?

Bernie Sanders just proposed a law to save millennials’ retirements Mic. If you can keep your head when all about you Are losing theirs and blaming it on you…

Ryan Makes Emphatic Plea for Tax Plan Seen ‘on Life Support’ Bloomberg. I’ve gotta admit, I don’t know my Republicans the way I know my Democrats. Is Ryan effective at anything other than getting his name in the papers?

True Fact of the Week from @matthewstoller, who you should consider following if you’re on the Twitter and haven’t done so already:

What is the Legality Behind Trump’s “Endorsement” Tweets? The Fashion Law

Michael Flynn, General Chaos The New Yorker (Furzy Mouse). Obviously, $675K from Goldman could never buy a former Secretary of State, but just as obviously $40K from the Russkis can buy a former General. Good to know. Different shades of sh*t in the neoliberal manure lagoon matter deeply to some, I suppose.

‘Yes, it sure is,’ Katie Mae Simpson, executive director for the Maine Democratic Party, replied. ‘OFA showed up in Maine, organized a press conference on saving [Obamacare], with one of our Dem legislative leaders speaking, all without ever mentioning that they were in state and organizing. They hired someone I know, which is somewhat helpful, but my god, they don’t have a very good alliance-building process.

Gee. I wonder if OFA mentioned single payer at all. The Democrat Party in Maine was flaccid and corrupt before the Obots showed up, and after that became insufferable, and kept losing elections (which is why Paul LePage, bless his heart, is our governor). I wouldn’t mind a genuinely independent OFA pushing the Democrats left, but it looks to me like Obama’s retooled OFA is going to push the Democrats liberal. Of course.

Dems launch ads aimed at driving protesters to Republican events McClatchy. Dems must be awfully confident they can co-opt restistance.

Why John McCain’s #resistance is bad for Democrats WaPo. If McCain can do it, #Resistance has jumped the shark.

Iowa Police Who Voted GOP Say The Party Has ‘Stabbed Them In The Back’ Inquisitr (MR).

Ivanka Trump’s Perfume Is #1 on Amazon, Thanks to Trump Boycott Backlash Racked

Are Liberals Helping Trump? NYT. Turns out shaming doesn’t work so well as a tactic beyond kindergarten. Or college. Read all the way to the end…

The Deadly Reality of Construction Work In These Times. Elites like illegal immigration because it degrades the workplace, too, besides keeping wages low.

Tear the Prison Down Jacobin. Of an Annie Liebowitz exhibit. “As the exhibit travels internationally, it has been accompanied by a series of planned ‘talking circles,’ non-hierarchical community-building discussions.” I’ve attended way too many facilitated “conversations” to imagine that sitting in a circle makes hierarchy go away….

So you want to switch off digitally? I’m afraid that will cost you… Guardian

Dumb phone reveals uncomfortable truth for tech groups FT. It only takes half the article for breathless triumphalism to take over. The smart cosmopolitans at the FT just can’t seem to get their heads around the idea that there’s a market for a product that doesn’t try to sell your every waking and sleeping move to Orwellian data brokers. And that doesn’t break when you upgrade it because it never needs to be upgraded.

Unless It Changes, Capitalism Will Starve Humanity By 2050 Forbes (PU). 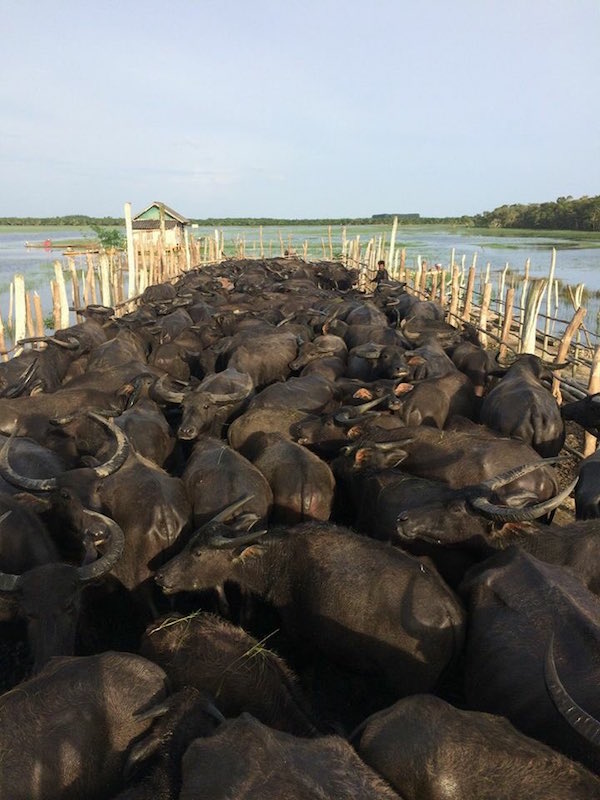