The Mortgage-Bond Whale That Everyone Is Suddenly Worried About Bloomberg

What’s next for Brexit? The Week

It’s time MPs seized control of Brexit – and this week they have a golden opportunity The Mirror. “Ignoring last year’s referendum as a Boaty McBoatface poll – the result overlooked in favour of an outcome favourable to the originators – would be suicide, not a strategy.”

Manifesti contro papa Francesco: un attacco preciso, brutale e ben pianificato. Sbaglia chi minimizza (Google translation) Il Fatto Quotidiano (DG). DG: “So someone is sticking up posters [images] in Roman dialect (probably to evoke the famous talking statues of Rome, like Pasquino). And the feelings of the Knights of Malta have been hurt. Who knows who these ‘Franciscans of the Immaculate Mother’ may be. The usual Franciscans are the hippies of the Catholic Church.” Hmm.

Trump agrees to meet NATO leaders in Europe in May Reuters

Trump Administration Looks at Driving Wedge Between Russia and Iran WSJ. So, the mullahs are The Blob’s bright shiny object?

All the ads that ran during the Super Bowl, in order Business Insider

Amazon Echo spot ‘primes’ Super Bowl audience for drone delivery in the US TechCrunch. Nice product placement in that headlne.

Media Circus: Reviewing Fox’s broadcast of Super Bowl LI Sport Illustrated. George Bush I on the field in a wheelchair….

Who supplies the news? LRB

Needed: An Order of Battle for the Newspaper War Economic Principals

The U.S. Megalopolis Isn’t as Politically Powerful as You Think RealClearPolitics. Important!

After Trump moves to undo financial regulations, Sanders calls him ‘a fraud’ WaPo

Meet Stephen Feinberg, The Private Equity Billionaire In Talks To Join The Trump Administration Forbes (DO). “In talks with” yet another oligarch, but of a particularly odious sort.

Revoking trade deals will not help American middle classes Larry Summers, FT. One of my favorite jokes is the one about the genie who appears to the [insert disfavored ethnicity of choice here] peasant and grants them one wish. The peasant thinks for a moment, then: “I wish for my neighbor’s cow to die.” Point being, revoking trade deals might not help America’s middle class. But will it hurt Larry Summers?

Trump Rips Judge on Ruling Against Immigration Order WSJ. If nothing else, innoculating himself against blame for a second 9/11…

Battle over “sanctuary cities” in Texas suggests a larger national conflict lies ahead Amanda Marcotte, Salon. Even mainstream economists now agree that the benefits of globalization, averaged, conceal hidden costs — for example, the deindustrialization and consequent destruction of Rust Belt communities — that warrant redistribution to those impacted. (Shorter: “Oopsie!”) But some elite factions favor mass immigration, legal or not, because immigration keeps wages low for workers who must compete with it (study). (The wage fixing CEOs of Silicon Valley favor H1Bs using the same logic.) So, when Marcotte starts advocating for redistribution, I’ll take her virtue signaling on “sanctuary cities” seriously. This coin has two sides.

Not just ‘bad hombres’: Trump is targeting up to 8 million people for deportation LA Times

Republicans face anger over Obamacare repeal during town halls Politico (PU). Politico seems to be framing this is “Tea Party from the left” (i.e., liberals) but the last sentence is goid: “‘If people loved [Obamacare],’ [Rep. Tom McClintock (R-Calif.) said], ‘Nancy Pelosi would still be speaker and Hillary Clinton would be president.’ Indeed. If #Resistance = #SaveACA, then #Resistance = Restoration.

The case for all-out war against Gorsuch Ryan Cooper, The Week

Today’s protest signs are sharper, meaner, funnier — and live on long after the rallies WaPo. Snark being another failed strategy liberals are doubling down on. They’ve been trying it since 2003!

The Modi Government’s New Policy Narrative is Tilted Against the Informal Sector The Wire (J-LS).

The cashless wage ordinance has brought more distress than relief for industrial workers The Scroll (J-LS). That’s not a bug…

“In a System with Dominance, There is Built-In Resistance to Change”: ProMarket Interviews Bernie Yeung, Part 2 ProMarket (part 1).

The secret taxonomy behind IKEA’s product names, from Billy to Poäng Quartz

Sick But Not Sick NYRB 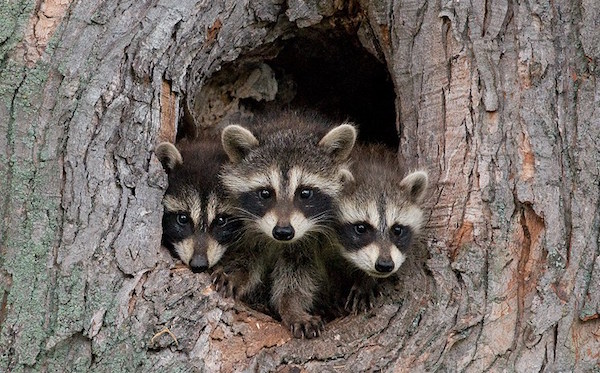