Thank you, readers, for the very interesting comments yesterday. It seems that Naked Capitalism has no dearth of readers taking on interesting projects! –lambert

The damage looks enormous, to me.

“Confidence, in a president, is important. Mr. Trump’s speech was confident. He rose politically by painting an America in bleak decline, but here he insisted our problems are not irreversible. ‘Everything that is broken in our country can be fixed. Every problem can be solved. . . . The challenges we face as a nation are great. But our people are even greater'” [Peggy Noonan, Wall Street Journal]. “There was a heartening plainness. Mr. Trump told a story of meeting with officials and workers from Harley-Davidson. ‘They proudly displayed five of their magnificent motorcycles, made in the USA, on the front lawn of the White House.’ He asked them how they were doing. ‘They told me—without even complaining, because they have been so mistreated for so long that they’ve become used to it—that it’s very hard to do business with other countries, because they tax our goods at such a high rate.’ One country, they said, taxed their motorcycles at 100%. ‘They weren’t even asking for a change. But I am. . . . I am not going to let America and its great companies and workers be taken advantage of any longer.'” But Russia!

UPDATE “Democrats the day after Trump’s speech: Steve Beshear? Really?” [McClatchy]. The quotes themselves, however, are not encouraging.

UPDATE Claire McCaskill is a Russian stooge and a traitor, obviously:

Claire McCaskill says she’s had “no call or meeting w/Russian ambassador. Ever.” But she tweeted about two. It’s easy to forget. pic.twitter.com/kavd29WOg5

Note the source: Charles Cook, a centrist purveyor of the conventional wisdom (and not always wrong). He’s saying the Democrats have turned the knobs up to 11.

I wonder how this will play in Peoria:

UPDATE Has Teen Vogue gotten on board with the Democrat Red Scare?

TRUMP: I demand policies that we know have literally made rich people more rich and made everyone else poorer

"We just took to each other": George W. Bush explains his fondness for Michelle Obama https://t.co/U1gQFAAheI pic.twitter.com/Bui9neZpJc

We slaughtered some folks…

UPDATE “End of an Era” [Book Forum]. “The books listed here provide an image—sometimes impressionistic and sometimes brutally particular—of the world as it has actually existed these past eight years. What has been happening, really, and what does it feel like for those living in it? Subterranean movements have altered the terms of our society while most of its comfortable members were watching Barack Obama on a screen, resigned to the slog of incremental progress, and ignoring the tremors below. Let us feel them and see them clearly now.”

UPDATE “The DNC is working on what one official described as ‘an innovative, small-dollar digital fundraising effort’ authored by Perez and Ellison that is ‘designed to reach the most diverse cross-section of our party as possible'” [The Hill]. “Among the ideas being bandied about is a way for small-dollar donors to invest in specific programs at the DNC.” These idiots are so full of shit. Suppose I donate my $27 to a DNC-branded single payer operation. Then the whales from Big Pharma buy a couple of Democrat congress critters and sink HR 676, so I was only throwing away my money. No thanks. Try harder, you stupid, venal, third-rate @#$%^&*-s, or I’m gonna get annoyed.

Institute For Supply Management Non-manufacturing Index, February 2017: “The ISM is picking up strong signals of accelerating activity in the great bulk of the U.S. economy. The non-manufacturing index jumped a very sharp 1.1 points” [Econoday]. “This report is closely watched and may well strengthen the outlook for February’s data from the government. But it has been the government’s data that have yet to show the great strength indicated by anecdotal reports like the ISM.” But: “One survey slightly up and one slightly down – but both are in expansion. I am not a fan of surveys” [Econintersect].

Purchasing Managers’ Index Services Index, February 2017: “Growth in the service-sector PMI slowed” [Econoday]. “Though this is the lowest reading in five months, the report’s sample remains upbeat citing new contracts and the launch of new products. But backlogs are also down and hiring, though still described as solid, has slowed.”

Jobless Claims, week of February 25, 2017 (yesterday): “The health of the labor market is unusually good based on jobless claims which remain unusually low” [Econoday]. But: “This chart tells me that it’s gotten a lot harder to be eligible for unemployment benefits this cycle, and an automatic fiscal stabilizer the cushioned weakness in prior cycles may have been deactivated as well” [Mosler Economics]. 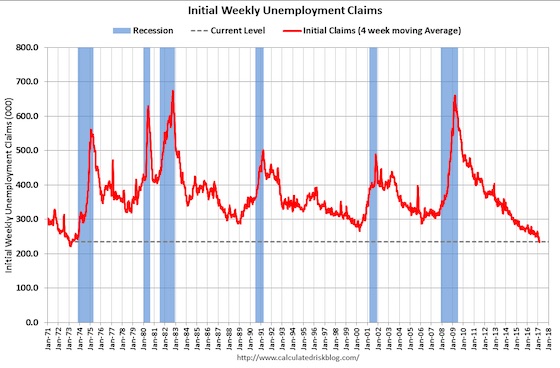 Rail: “Rail Week Ending 25 February 2017: February Month Movements Up 4.2% From One Year Ago” [Econintersect]. But insignificantly.

Supply Chain: “Wearable technology involves technology that is worn by a human to monitor human vital signs. One application in the supply chain space is to monitor brain waves to identify if vehicle drivers are falling asleep” [Logistics Management]. And maybe give the driver an electrical shock to wake them up? Interesting article…

IT: “Summary of the Amazon S3 Service Disruption in the Northern Virginia (US-EAST-1) Region” [Amazon].

IT: “How a typo took down S3, the backbone of the internet” [The Verge]. The problem:

On Tuesday morning, members of the S3 team were debugging the billing system. As part of that, the team needed to take a small number of servers offline. “Unfortunately, one of the inputs to the command was entered incorrectly and a larger set of servers was removed than intended,” Amazon said. “The servers that were inadvertently removed supported two other S3 subsystems.”

The subsystems were important. One of them “manages the metadata and location information of all S3 objects in the region,” Amazon said. Without it, services that depend on it couldn’t perform basic data retrieval and storage tasks.

I’ll leave it to readers to determine — Clive? — whether billing systems tend to be more fouled up than other systems. And a typo can happen to anyone; programming languages, mostly, suck. To me, the key point is that subsystem that “manages the metadata and location information of all S3 objects in the region.” Reminds me of the Windows registry. In other words, Amazon removed redundancy, and when a non-redundant system went down, the Internet went down. Remember that old quote from John Gilmore that “the Net interprets censorship as damage and routes around it?” That was true because the Internet was designed to survive a nuclear war. But it couldn’t survive Jeff Bezos!

IT: “If Amazon Web Services Goes Down, Do the Cloud Services AWS Provides the Intelligence Community Too?” [emptywheel].

The Bezzle: “Sexism at Uber from female management #UberStory” [Medium]. Drivers sleeping in their cars? No problemo…

Ventusky weather map [Ventusky (Hana M)]. This is a lovely, soothing application, so unlike the gaslighting at Weather.com.

The Earth’s weather functions as an interdependent system. For example, a hurricane in the Atlantic has the ability to influence the distribution of pressure formations in Europe. Occasionally, it may even make its way to Europe itself as a post-tropical storm. The Ventusky application allows for the illustration of the interdependence of the entire system, displaying the development of pressure, wind, cloud cover, precipitation, and temperature on the map.

“Turning the water on in a sink can launch pipe-climbing superbugs” [Ars Technica]. One more thing to worry about…

How we gon be mad at @RachelADolezal for faking Black when we not mad at fake ass Black tap dancing politicians that are real Black folks.

“Medical errors could cause 250,000 U.S. deaths a year, study shows” [Knowridge Science Report] (original). The health care system, like the financial system, the law enforcement system, the welfare system, the tax system, and the educational system — to name a few — sounds like a good system to stay out of. That doesn’t mean I don’t think people who need it should always be able to get health care as a universal benefit; they should. But… yikes. 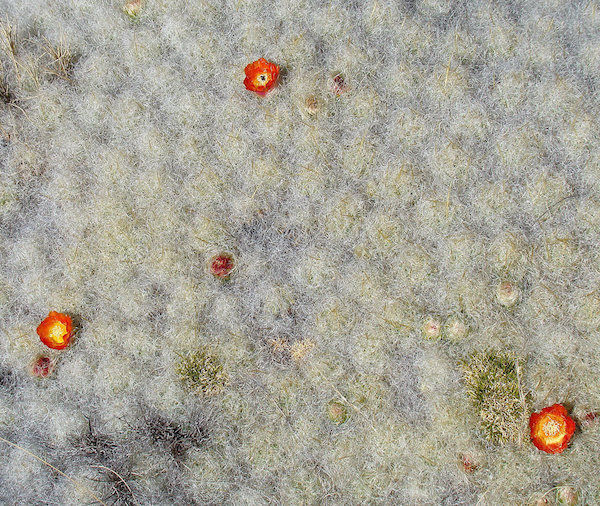