This humble scientist, a ‘national treasure,’ showed us how to understand birds WaPo

Pension Crisis Too Big for Markets to Ignore Bloomberg

The British are bluffing: a bad Brexit deal is better than no deal Irish Times

Trump was right after all about the Obama administration wiretaps Jonathan Turley, The Hill. Linking to this again, since I’m stunned that Turley would write this, given the Democrat stance that intelligence agencies are the Republic’s only safeguard against tyranny. (OK, I exaggerate. But only a little.)

Summarizing: ObamaCare is the worst possible Republican plan (the AHCA being, evidently, worse than possible).

Who Stopped the Republican Health Bill? NYT. Brings some welcome clarity. 33 Republicans stopped the bill. 15 were from the “Freedom Caucus,” 10 were “moderates” mostly from the Northeast (the “Tuesday Group”), some of whose districts went for Clinton, and 8 were miscellaneous (“One said he was concerned about its changes to Medicaid expansion, another preferred a full repeal and a third said he was worried about the bill’s impact on treatment for opioid abuse”).

Looking once more at pathways to misfortune, we have, unsurprisingly, no single cause. The primary pathway, through the 15: Contradictions within the Republican Party itself, between at the very least the (Koch-funded) Freedom Caucus, the (establishment) Ryan wing, and the (insurgent) Trump White House. (Incidentally, if you are Trump, and you ask yourself which faction is least likely to betray you in case of impeachment, the answer can only be the Freedom Caucus.) A secondary pathway, through the 10: #SaveTheACA, for all the “Town Hall” sound and fury, can only have had significant impact in this pathway, in districts that went for Clinton. Another secondary pathway, through the 8: Loss aversion (opioid programs; Medicaid). A final secondary pathway: Inept Republican leadership generally, not just in the House, and not just in the w-a-a-a-y-too-lightweight Trump White House, but in the once-vaunted conservative nomenklatura. Not only did Republicans have no replacement bill ready to go, after eight years in opposition, but they couldn’t even present representatives with data on the effects that AHCA would have in the district (which the Democrats were able to do). Republican inepitude opened the door for zeitgeist factors to operate on the waverers: The Senate Republican leadership signaling, in its muffled way, that it would just as soon the whole ugly matter was dropped; loss aversion, generally; and above all the CBO report, which put (aggregated, not district-by-district) numbers to the losses in coverage.

Happily, #MedicareForAll forces took advantage of the policy debate to push for single payer, which the Sanders campaign had at long last forced Democrats to put “on the table”; it has now seeped into the conventional wisdom that ObamaCare is not, after all, the perfect statute. In particular, the contradiction at the morally vacuous heart of the #SaveTheACA campaign — that it’s a bad thing for the AHCA to throw millions off the rolls, but it’s OK if millions aren’t on the rolls in the first place under the ACA — was thoroughly exposed. The widely propagated video of Senator Sanders going into Trump territory and talking voters into health care as a universal benefit on live TV (!) should also penetrate the pea-brains of even Clintonite Democratic strategists, though it probably won’t.

‘The closer’? The inside story of how Trump tried — and failed — to make a deal on health care WaPo and ‘Hello, Bob’: President Trump called my cellphone to say that the health-care bill was dead WaPo

Freedom Caucus drives dagger into heart of young Trump presidency FOX. Fun, but there was more than one hand on the dagger; see pathways to misfortune, above.

Why Democrats should push ‘Medicare for all’ now The Week

Warren moves toward single payer support (which should tell you what the grassroots really wants, and it’s not #SaveTheACA:

Thanks once again to 2009’s career “progressives,” for introducing the brand confusion between the so-called public option and Medicare for All, which lets Warren slip away from an outright endorsement. The gift that keeps on giving.

Krauthammer’s Take: Democrats Have Created the Expectation of Universal Health Care National Review. “The zeitgeist in the country has changed.” Well, everywhere but in the “never, ever” faction….

Why Obamacare Defeated Trumpcare Jonathan Chait, New York Magazine. Skip, or if you must, read all the way to the end, where Chait confuses health insurance with health care.

Trump’s Choice on Obamacare: Sabotage or Co-opt? Margot Sanger-Katz, NYT. “Mr. Trump will need to decide, quickly, whether his goal is to knock over the still-functioning markets.” The markets being a neo-liberal’s first concern, 100% of the time.

Here are some photos of Trump pretending to be a truck driver Boston Globe. What, no “Dukakis and the tank” jokes? Still too soon for the Globe?

How Scott Adams Got Hypnotized by Trump Bloomberg

The Agony and Ecstasy of Chelsea Clinton Fans Vice

How human sacrifice propped up the social order Nature. From 2016, but curiously relevant today.

What a Start-Up’s Scandal Says About Your Workplace NYT

Adrenaline zen: what we can learn from extreme sports The Conversation. Sorry. Whenever I see a photo of some twenty-something jumping off a skyscraper in a wingsuit, I think “Yes, that’s what the labor market is like.”

AP style change: Singular they is acceptable ‘in limited cases’ Poynter Institute. She, he, it, and they.

Guided By The Beauty Of Our Weapons Slate Star Codex. Facts, the truth, the backfire effect… Must-read. 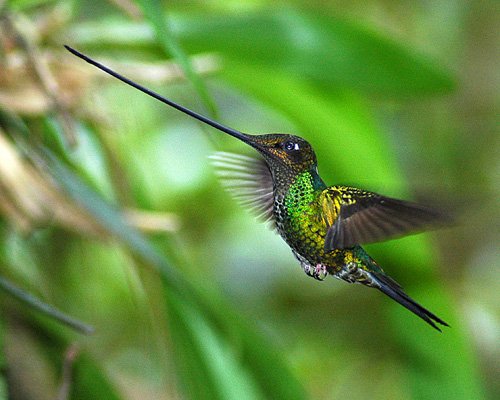