Why the Fed means business this time FT

Deutsche Bank to Raise $8.5 Billion and Reorganize Some Operations NYT

‘No one can stop me’ standing in French election, says Fillon France24

Words Count: Chinese State of the Nation Speech All About the ‘Party’ WSJ

[A]ll meetings of the DNC, the Executive Committee, and all other official Party committees, commissions and bodies shall be open to the public, and votes shall not be taken by secret ballot.

During the election for DNC chair, the ballots were not disclosed. Asked to disclose the ballots, and not mere tally sheets, the DNC responded:

To review actual ballots, please see the process below:

2. To schedule a viewing session, please contact Julie Greene, Director of the Secretary’s Office, at greenej@dnc.org. Appointments may be booked in one hour increments, and multiple sessions may be reserved, based on availability.

At least one journalist is following up:

For those asking, I&#39;ve set up an appointment to see the dozens of ballots votes of 442 DNC members. They are giving us one hour. No cameras.

For the record, I don’t think even Donna Brazile would be stupid or corrupt enough to alter the paper ballots. But you’d think that, after the primary, the DNC would be making every effort to live up to that “ic” suffix following the “D.” Even if it gives all the consultants who voted themselves fat contracts with Perez a smidge of agita. Apparently not.

Trump’s win revealed the hollowness of US politics. Stronger leaders will exploit this. Fabius Maximus

Do You Feel Lucky? Econbrowser. On Trump’s trade policies.

Former DNI James Clapper: ‘I Can Deny’ Wiretap of Trump Tower NBC News (Furzy Mouse). There are Five Eyes, though. The U.S. is only of of them.

If Trump Tower Was Wiretapped, Trump Can Declassify That Right Now The Intercept

Axelrove’s tweets are the best tweets:

If there were the wiretap @realDonaldTrump loudly alleges, such an extraordinary warrant would only have been OKed by a court for a reason.

The Dirty Secret Behind the Jeff Sessions Mess T. A. Frank, Vanity Fair. I’m re-upping this, and if you didn’t read it last time, read it. Not all Vanity Fair writers are has-beens phoning in brand fumes.

Schumer’s plan to stop the wall Axios. “Chuck Schumer has concluded that denying President Trump his wall is perhaps the surest major defeat Democrats can hand the President in his first year.”

Around the World by Private Jet: Cultures in Transformation New York Times.

Fly around the world in a customized Boeing 757 jet for the ultimate in luxury travel. Spend 26 days visiting such places as Iran, Cuba, Colombia, Australia, Myanmar and Iceland. Four award-winning New York Times journalists will accompany you, each for several days as you visit areas where they have expertise.

Looks to me like the catchphrase “limousine liberal” might need an update? And did I miss the “Advertisement” label?

SpaceX to fly two space tourists around the moon in 2018 CNN.

Do Consumers Rely More Heavily on Credit Cards While Unemployed? Federal Reserve Bank of Boston. (No.) From 2016, but interesting data.

The Decline in US Public Companies Conversable Economist. Note the last paragraph.

Texas is the Future Harpers

While the Iron Is Hot n+1

802.eleventy what? A deep dive into why Wi-Fi kind of sucks Ars Technica

The Magic Lantern Show The Archdruid Report. Fun with Schopenhauer!

Antidote du jour. I think it’s time for a cute, or at least a skeptical, cat (more here): 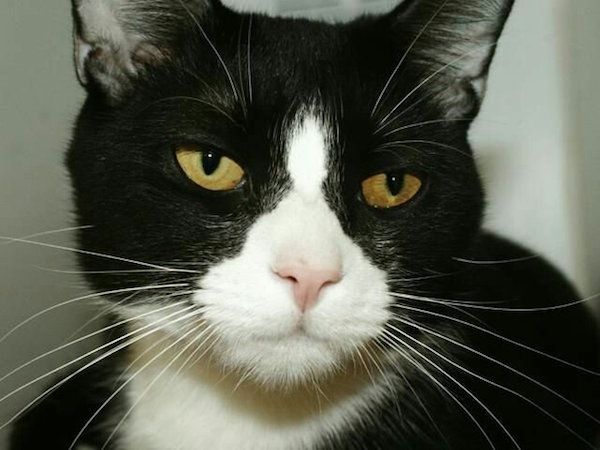