The quest to crystallize time Nature. I guess the crystal is bigger on the inside?

Looking for Hidden Black Money? London Might be the Place to Start The Wire (J-LS).

Thank Goodness Nukes Are So Expensive and Complicated Wired

Brexit Bulletin: What the EU Really Wants Bloomberg. Besides Perfidious Albion’s nuts in a jar?

Why Kurdish Oil Is a Wild Card for Markets: QuickTake Q&A Bloomberg

If Tillerson gets it wrong in Asia, the consequences could be catastrophic Asian Correspondent

WikiLeaks, the CIA and your devices: what the documents reveal FT

CIA Leak: “Russian Election Hackers” May Work In Langley Moon of Alabama. Watch for the “atttribution problem” when CrowdStrike testifies at the upcoming Russki hearings. As I’ve said, “Internet evidence is not evidence.”

WikiLeaks strikes again. Here are 4 big questions about Vault 7. WaPo. “In cyberspace, we mainly have a reasonability problem, not an attribution problem.” Oh. OK.

Top tip: Unplug your WD My Cloud boxen – now The Register. I have never understood why storing personal data in The Cloud is a good idea, despite Apple’s constant nudges for me to do so.

Trump goes into dealmaking mode, works behind the scenes on health bill WaPo

Meet the Hundreds of Officials Trump Has Quietly Installed Across the Government Propublica. Look! Over there! [insert favored gaslighting topic here]!

So Trump and Republicans are STILL More Popular than Clinton and Dems Ian Welsh. Who could have known that firing the Blame Cannons wouldn’t be a proven vote-getter?

How Will National Security Institutions Survive Their War With Trump? The New Republic. Wonderfully clarifying to see liberals defending the intelligence community as “guarantors of the institutional order of the Republic.”

Everyday people are furiously saving US federal data before it’s deleted—and you can, too Quartz

Stuck between gangs and Trump, migrants halt in Mexico France24

The Expert’s Guide to Crying at Work Bloomberg. “Recent research from the Harvard Business School has found the secret to turning tears into workplace gold: make them evidence of your professional passion.” Will that work in an Amazon warehouse? Inquiring minds want to know!

The Hamilton Hustle Matt Stoller, The Baffler. Excellent, even for the excellent Stoller.

Is It Better to Be Poor in Bangladesh or the Mississippi Delta? The Atlantic. Interview with Angus Deaton. Must read (and pay careful attention to Annie Lowrey’s questions).

‘Day Without a Woman’ Protests Held Across U.S. WSJ

How Should We Then Live? The Archdruid Report. More fun with Schopenhauer!

Sound waves boost older adults’ memory, deep sleep Science Daily. I guess falling asleep to a podcast is a smart move for me, then… 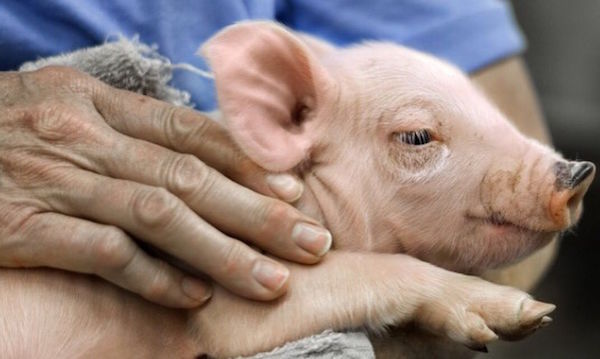