Caterpillar to Close Aurora, Ill., Plant, Lay Off About 800 WSJ

Yup, Rockets Need Insurance, Too. But Way More Than the Feds Think Wired (Re Silc).

The Shame of Germany’s Ship Owners Handelsblatt. Stupid money from German banks, subsidized by the German government, leads to shipping overcapacity, “solved” in part by shipbreaking, at the cost of third-world workers’ lives, as detailed at NC here. “This is not a bloodless process,” as Obama once remarked.

France’s Socialists Are Losing to a Communist Foreign Policy

China’s Once and Future Democracy WSJ

Medicaid Saved Obamacare, and Single-Payer Universal Health Insurance May Be Back on the Agenda Sooner Than You Think Common Dreams (MR).

Time for transparency in prescription drug marketplace The Hill (BK).

At normal temps, concrete and steel are compatible. But, as you apply fire, there will be locally very different rates of expansion. A bridge deck will literally get bigger, by quite a bit. Walk over some bridges in NYC during the winter, snap a picture of the expansion slots in the winter, then look at that same joint/slot on the hottest day of the summer.

How that leads to the overpass falling [in the fire]: It could be the the expansion of the bridge deck moved the top of some of the support columns. They weren’t vertical anymore. Those columns also have to be dead vertical, or near it. They are supporting HUNDREDS of tons.

The deck segments aren’t even meant to be “bonded” to each other. Ideally they have nothing connecting them. In reality, a few bolts that were never meant to carry the weight of the span. This is the edge of the deck segments. Normally, this is where you figure for expansion. You don’t join the segments.

Now put a tiny bit of space between the horizontal stones, for expansion.

Now, assume it’s not a circle, but a line, with one end fixed. Now, make 2 of the stones longer. Longer. Longer….

In a circle, the forces might balance each other out and keep the horizontal stones over the middle of the columns. The top of the columns would move slightly away from the center.

In a line, with the fixed point (the abutment/anchor) they all have to move away from the anchor, after the expansion joints are filled.

3 spans further away from the abutment/anchor and there may have been enough expansion space figured in. Right there, where the fire happened, there wasn’t. As soon as the expansion moved past its pre-figured max (gap space) the joint* was moving above the column toward the edge of the column.

*not a joint, but as a figure of speech. joint has a specific meaning in this context. The two spans would have to be joined, which they are not in this instance. If they were “joined” there wouldn’t be any expansion space.

And on the plastic pipes under the the highway that fueled the fire:

They normally rate bridges for fires, but they also normally don’t assume it will be a long fire. How is a fire likely to start under a bridge? A car accident? Worst comes to worst, move the cars, then put the fire out. Even if you don’t put the fire out, you’re only dealing with a max, a few hundred pounds of fuel, which shouldn’t be able to burn for very long.

The pipes under that bridge can’t be moved quickly. They probably arrived on multiple (dozens?) trucks, and were stacked, with purpose, on top of each other. … The amount that is there in Nov is on the order of 10-15 trucks worth. Not a huge amount of pipe, if it were steel, but it’s plastic. It’s all fuel.

Georgia Has Too Damn Many Counties and That’s Contributed to Atlanta’s Traffic Disaster New York Magazine (JH). Rather like St Louis municipalities….

The Bitter Fruits of Wilsonianism The American Conservative

Here’s what we know so far about Team Trump’s ties to Russian interests WaPo but compare Why the Comey Hearing Was Frightening to a Russian Leonid Bershidsky, Bloomberg.

Trump: Flynn ‘should ask for immunity’ in Russia ‘witch hunt’ The Hill

Democrats have a new and surprising weapon on Capitol Hill: Power WaPo. Hail gridlock! (Making the admistration’s executive orders and regulatory initiatives all the more important to follow.)

How Trump Can Still Make a Comeback Vanity Fair. By giving voters what they want. What a concept. Democrats?

[Sanders] ran through Democratic losses in recent years — checking off the Republican-controlled House, Senate, governor’s offices and state legislatures — before saying that Republicans are “a right-wing extremist party who has an agenda that most Americans soundly and roundly disagree with.”

“How in God’s name do they win elections?” Sanders said. “And the reason is, in my view, that the time is long overdue for fundamental restructuring of the Democratic Party. We need a Democratic Party which is not the party of the liberal elite but a party of the working class of this country.” 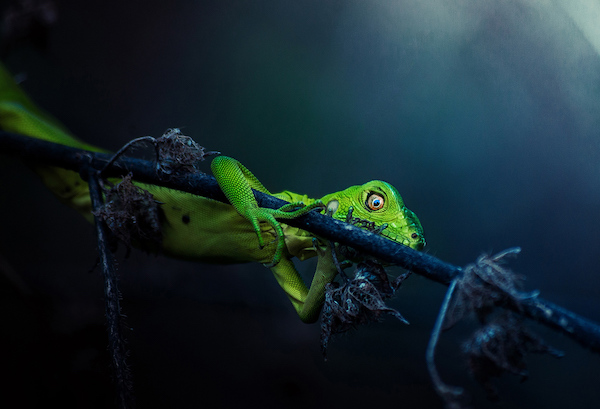 And an anti-antidote (Richard Smith):

Can you dig it? Badger captured on camera burying cow MSN