Readers, there are way too many links, but I had a lot teed up before Trump’s Syria strikes, and I couldn’t bear to triage too much. And there’s plenty on Syria! –lambert.

It’s Lit: A Guide to What Teens Think Is Cool Google (GP).

Britain: An Economy on the Brink NYRB (Re Silc).

What is ‘global Britain’? A financier and arms merchant to brutal dictators Guardian

U.S. strikes Syrian military airfield in first direct assault on Bashar al-Assad’s government WaPo. “Tuesday’s apparent nerve gas attack in northern Idlib, with its widely circulated images of lifeless children, appears to have galvanized Trump and some of his top advisers to harden their position against the Syrian leader.” “Widely circulated images.”

Trump should have talked to this guy:

Be prepared, there is a small chance that our horrendous leadership could unknowingly lead us into World War III.

China warns of deterioration in Syria with Xi in US Agence France Presse. Foreign Ministry spokesperson: “We oppose use of chemical weapons by any country, organisation or individual in any circumstance, for any purpose.”

Israel welcomes U.S. airstrikes in Syria, will keep to sidelines Reuters. “Let’s you and him fight.”

Donald Trump Is An International Law Breaker by Publius Tacitus Sic Semper Tyrannis (Re Silc). “In the coming days the American people will learn that the Intelligence Community knew that Syria did not drop a military chemical weapon on innocent civilians in Idlib. Here is what happened.”

‘The dead were wherever you looked’: inside Syrian town after gas attack Guardian. No questions about hazmat suits, oddly, or not.

Nearly 300 died in Mosul airstrike, making it one of the deadliest attacks on civilians in recent memory Los Angeles Times. No children, presumably.

Whose sarin? Seymour Hersh, LRB (from 2013, but still useful today).

Trump’s Syria strikes divide Congress — but not along partisan lines Politico. Pelosi: “The crisis in Syria will not be resolved by one night of airstrikes.” Schumer: “Making sure Assad knows that when he commits such despicable atrocities he will pay a price is the right thing to do.”

Can the president attack another country without Congress? AP. By custom and practice, that depends on which party holds the Presidency, and which partisan is asking the question, right? I think the real issue is what new powers does the Executive gain should war be declared, and cui bono?

Pentagon: Russia alerted in advance of Syria strike The Week. Word of the day: “Deconfliction.”

60 Words And A War Without End: The Untold Story Of The Most Dangerous Sentence In U.S. History BuzzFeed. How the AUMF was drafted and passed with no sunset clause.

Want to Buy an Old CIA Rendition Jet? Mother Jones. Lotta room on that 737. I’ve always wondered how many people were really rendered…

When Warriors Put on the Badge The Marshall Project

Hillary Clinton says Vladimir Putin must be held to account for election ‘meddling’ in first interview since election The Independent. “Held to account.”

In Battle for Trump’s Heart and Mind, It’s Bannon vs. Kushner NYT and Bannon wants a war on Washington. Now he’s part of one inside the White House WaPo. Court intrigue…

These high school journalists investigated a new principal’s credentials. Days later, she resigned. WaPo. Heaven forfend the Post should throw these journalists a link. Here it is. “Democracy dies in darkness,” after all. (In a later story, The Times does better.)

Every story I have read about Trump supporters in the past week WaPo. A pastiche fictional interview, like Stephen King’s, but worse. “Tempe Work Only, Ariz” is a real knee-slapper, don’t you agree?

Why You Probably Work for a Giant Company, in 20 Charts WSJ

Americans Are Pretty Skeptical That Hard Work Will Pay Off The Atlantic (Re Silc).

This company’s drugs helped fuel Florida’s opioid crisis. But the government struggled to hold it accountable. WaPo (Re Silc). The medicalization (and carceralization, if that’s a word) of “deaths from despair” continues apace (and now with clickbait: “This ____” in the headline).

Deliveroo pedals the new language of the gig economy FT

Your way of life would not be remotely possible without Wall Street LA Times (Re Silc).

Does Everyone Always Act in Their Self-Interest? Ian Welsh. The many subtexts of “voting against their interests”….

Antidote du jour, because at a time like this, cats: 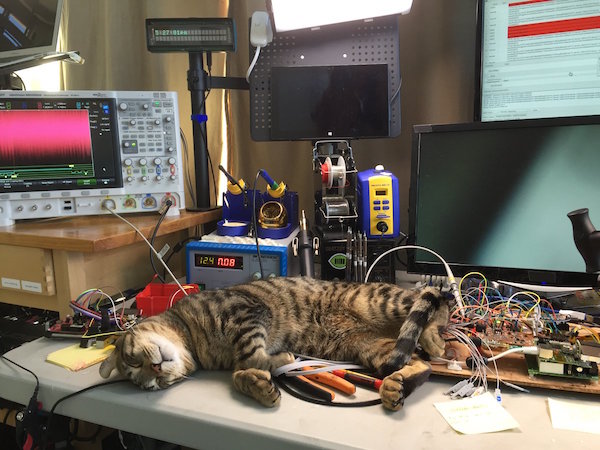