Jerri-Lynn here: Yves asked me to tell readers that she hopes they don’t mind the heavy dose of CalPERS reporting on the site at the moment. A lot is happening there, none of it good.

Sorry, you can’t protest security screening by getting naked for the TSA Ars Technica

Bi-partisan climate consensus is here. Just not in the US. (Yet…) Treehugger

Whispers of scandal over the rescue of Timbuktu’s manuscripts Spectator

All Power to the Banks! The Winners-Take-All Regime of Emmanuel Macron Counterpunch. Make time for Diane Johnstone’s latest.

Why are so many young Greeks turning to farming? Al Jazeera. Ahem– because they have no other good options?

Cash Bail, a Cornerstone of the Criminal-Justice System, Is Under Threat WSJ

Lessons left unlearned in Takata air bag scandal Nikkei Asian Review. Scandalous. Nearly a decade since the problem first arose, it’s not yet been solved. Where are the regulators?

A Quick Note About Single Payer  Ian Welsh (martha r). Calls– although not in such bald terms– for the basic Keep It Simple Stupid (KISS) approach. Makes sense to me (compare the length of the seminal pieces of New Deal securities legislation against the Dodd-Frank monstrosity).

Could an Islamic reformation prevent violent radicalisation in Egypt? The Conversation

With a tight federal budget, here’s where to focus clean energy research funding The Conversation

Will Donald Trump Be Impeached? FiveThirtyEight. Much hot air and hedging of bets, little insight.

Citigroup Agrees to $97.4 Million Settlement in Money Laundering Inquiry. NYT. First DOJ bank settlement under new AG Jeff Sessions continues the cost-of-doing-business-slap-on-wrist settlement policies of his predecessors in the previous administration. SO much for draining the swamp….

Labour is surging in the polls – and it’s all because the media is finally giving Jeremy Corbyn impartial coverage Independent. I am aware this was posted in yesterday’s Water Cooler but am including it for those readers who may have missed it there.

Oil bosses have given £390,000 to Tories under Theresa May Guardian

Why it’s unfair to single out Jeremy Corbyn over MI5 surveillance The Conversation. Worth remembering that 1984 sprang from the mind of a son of the British Empire.

Joe Lieberman atop FBI would be a First Amendment disaster Columbia Journalism Review.

Can the OBOR Project Be Made to Work for Countries Other Than China? The Wire

Auditor Extraordinaire: The Curious Case of NPA Underreporting in India The Wire

Facing fire: India’s poorest regions are the most vulnerable to heat waves Scroll.in

Antidote du jour (Up close and personal with another one of my favorite birds): 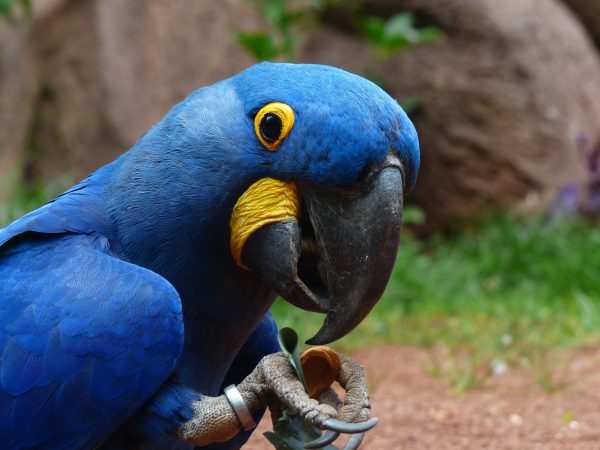