Get ready for the coming business travel crisis ComputerWorld

The addict brokers: Middlemen profit as desperate patients are ‘treated like paychecks’ Stat

The NRA Would Like to Insure You Now Politico (DK).

Car owners are holding their vehicles for longer, which is both good and bad CNBC

Why Americans Aren’t Hitting the Road This Summer WSJ

Why I think Stocks Won’t Crash Spectacularly but May Zigzag Lower in Agonizing Ups-and-Downs, for Decades Wolf Street. Hedgies as automatic stabilizers for the market? Hmm.

The Zombification of Canada Bond Economics

The world’s most toxic town: the terrible legacy of Zambia’s lead mines Guardian

The signs are there – is Jeremy Corbyn going to win? New Musical Express. Ah, the NME takes me back… This is a case for optimism, but such tealeaf-reading often doesn’t work on this side of the pond…

China v US: Who needs allies? Lowy Interpreter. The logic applies to Europe as well.

Chinese Citizens Want the Government to Rank Them Foreign Policy

In China, Umbrellas and Basketballs Join the Sharing Economy NYT

The great tea robbery: how the British stole China’s secrets and seeds – and broke its monopoly on the brew SCMP (J-LS).

Angela Merkel says Germany can no longer rely on Donald Trump’s America: ‘We Europeans must take our destiny into our own hands’ Independent

Poll Finds Germans Agree with Trump on NATO Global Handelsblatt. “According to the latest 2017 Global Attitudes survey conducted by the Pew Research Center, 53 percent of German respondents said Berlin should not take military action ‘if Russia got into a serious military conflict with one of its neighboring countries that is our NATO ally.'”

Nation-Building, Nationalism and Wars Alberto Alesina, Bryony Reich, Alessandro Riboni, NBER Working Paper No. 23435. “Starting in the late 18th century, states switched from mercenaries to a mass army by conscription. In order for the population to accept to fight and endure war, the government elites began to provide public goods, reduced rent extraction and adopted policies to homogenize the population with nation-building.”

Hillary Clinton for 2020 ‘not a good question,’ says Rahm Emanuel The Hill. “‘She has to decide whether that’s in her heart,’ he eventually said.”

Wake up, liberals: There will be no 2018 “blue wave,” no Democratic majority and no impeachment Salon. From Salon’s executive editor. Should be a wake-up call to the Democrat establishment, but that assumes facts not in evidence.

Hillary Clinton is okay. Are you? Carl Beijer

A Vision of Trump at War Foreign Affairs

“Anatoly, you will not believe what the idiots proposed to me!” (Dramatization) Sic Semper Tyrannis (CL). Important, beyond the hilarious headline.

Donald Trump’s War on Journalism Has Begun. But Journalists Are Not His Main Target. The Intercept

The challenges in setting up a California single-payer system are daunting — but not insurmountable Michael Hiltzick, LA Times

What Will Kill Neoliberalism The Nation. From early May, still interesting. William Darity, Jr.:

Suppose, however, that Marx was correct in his expectation that capitalism, like other social modes of production before it, will wind down gradually, but wrong in his expectation that it would be succeeded by a “dictatorship of the proletariat,” a civilization without class stratification. Suppose, indeed, that the age of capitalism is actually reaching its conclusion—but one that doesn’t involve the ascension of the working class. Suppose, instead, that we consider the existence of a third great social class vying with the other two for social dominance: what was seen in the work of such disparate thinkers as James Burnham, Alvin Gouldner, Barbara Ehrenreich, and John Ehrenreich as the managerial class.

Dovetails rather neatly both with Thomas Frank’s Listen, Liberal and Glennon’s views on “institutionalized bureaucratic autocracy” (one aspect of which would be The Blob) in Links yesterday.

DeLong: The Future of Work: Automation and Labor: Inclusive AI: Technology and Policy for a Diverse Human Future Brad DeLong

The inevitable future of Slack is your boss using it to spy on you Quartz (CL). This:

[A] Swedish-Swiss industrial engineering company, ABB, says it has a solution: It has given some of its employees a kind of automated “do not disturb” sign: custom-designed traffic lights for their desks.

The FlowLight system evaluates how busy someone is by measuring their combined mouse and keyboard activity against that person’s baseline average. When activity is in the top 9% of their typical range, the light turns red, letting colleagues know that it’s the wrong time to amble over with a funny anecdote or any question that’s not absolutely burning. Non-emergencies can wait until the light is green.

As the article points out:

It’s easy to imagine this turning into an Orwellian nightmare: men and women planted at their desks, frantically typing and scrolling to keep their lights red, red, always red.

But it’s actually worse. The assumption is that when you’re typing, you’re working. When you’re sitting quietly and thinking, you’re not working. Remind me to short ABB.

The Art and Science of Comedic Timing New York Magazine

World Bankspeak – how to hide the failure of a mission! Bill Mitchell. References this fascinating source: Bankspeak: The Language of World Bank Reports, 1946–2012 Stanford Literary Lab. 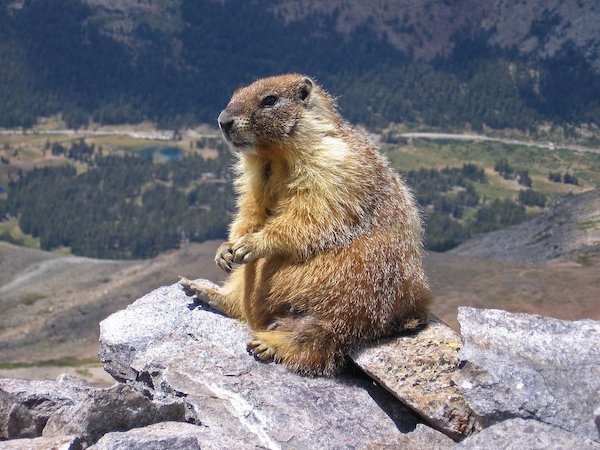