By Arthur E. Berman, a petroleum geologist with 36 years of oil and gas industry experience. He is an expert on U.S. shale plays and is currently consulting for several E&P companies and capital groups in the energy sector. Originally published at OilPrice

“Lessons of the Energy Export Boom” proclaimed that the United States is becoming the oil and gas superpower of the world. This despite the uncomfortable fact that it is also the world’s biggest importer of crude oil.

The Journal uses statistical sleight-of-hand to argue that the U.S. only imports 25% of its oil but the average is 47% for 2017. Saudi Arabia and Russia–the real oil superpowers–import no oil.

The piece includes the standard claptrap about how the fracking revolution has pushed break-even prices to absurdly low levels. But another article in the same newspaper on the same day described how producers are losing $0.33 on every dollar in the red hot Permian basin shale plays. Oops.

The main point of the editorial, however, is to celebrate a surge in U.S. oil exports to almost 1 million barrels per day in recent weeks. The Journal calls lifting the crude oil export ban that made this possible “a policy triumph.” What the editorial fails to mention is that exports actually fell after the ban was lifted, and only increased because of Nigerian production outages (Figure 1). 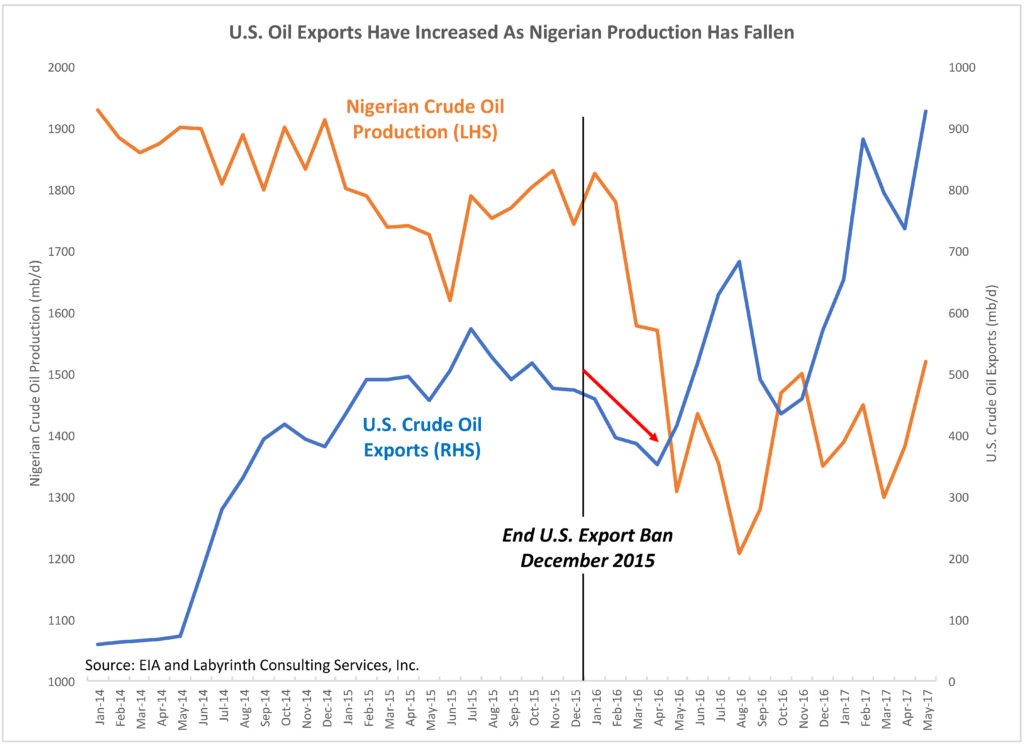 Tight oil is ultra-light and can only be used in special refineries, most of which are in the U.S. It must be deeply discounted in order to be processed overseas in the relatively few niche refineries designed for light oil. That’s why Brent price is higher than WTI.

It must also displace other light oil such as Nigerian Bonny Light. Civil unrest in the Niger Delta region interrupted oil output and provided a temporary opening for U.S. ultra-light to fill. Nigerian production is now increasing so look for U.S. crude exports to decline.

Backwardated oil futures prices are another factor that favored oil exports. Since the OPEC production cuts were finalized in late November 2016, the value of futures contracts has been lower than spot price. That encouraged selling at a discount to avoid even bigger losses in coming months (Figure 2). 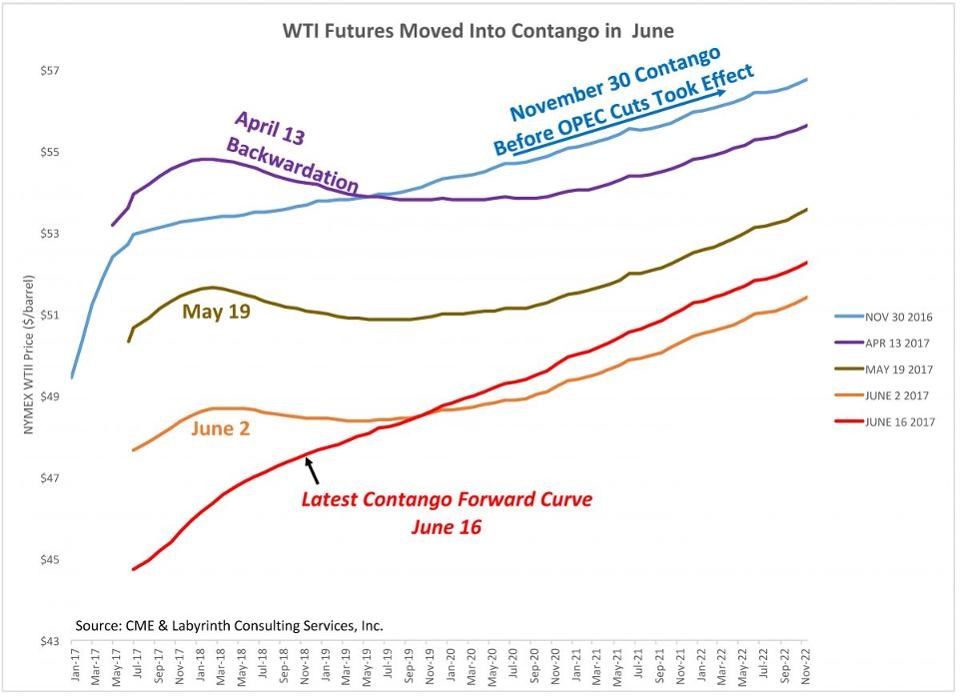 Since early June, however, oil futures have returned to contango. Longer-dated contracts have more value than spot prices—so the fire-sale incentive to sell is over.

Friday’s editorial goes on to also rejoice in the rising tide of potential U.S. natural gas exports. This is taken by the editors as further evidence that free markets do the right thing. Perhaps they haven’t noticed that international LNG prices crashed along with oil prices, and that U.S. gas prices have almost doubled in the last year.

Asian gas demand is saturated and the price for LNG in Europe is only $4.80/mmBtu. The Journal extolls Energy Secretary Rick Perry’s approval of more U.S. LNG projects in April but a Wood Mackenzie analysis concluded that “the numbers proposed far exceed what the world realistically needs.”

The newspaper has fallen into the trap of mistaking production volumes for profit.

Shale gas and tight oil companies have shown consistent negative cash flow since the shale revolution began. Investors continue to pour capital into them in their desperate search for short-term yield in a zero-interest rate world.

The Wall Street Journal believes that the expansion of U.S. oil and gas exports demonstrates the wisdom of free markets. I think it shows just the opposite.