Shrew skulls shrink for winter survival Nature. “Just how many species might shrink their brains for winter is not known.” I think I’m gonna try this.

Britain can still cancel Brexit but ‘no-dealers’ have no friends in Brussels, say EU presidents The Telegraph

What happened to the €8 billion Europe took from Greece? EuroNews

Think positive: How to get North Korea to roll back its nuclear weapons activity Bulletin of the Atomic Scientists

Because I can’t help it:

Clinton campaign, DNC paid for research that led to Russia dossier WaPo. We’ve certainly come a long way, in 14 years, from “The British Government has learned…” to “a former British intelligence agent, funded first by a Republican, then through a DNC and Clinton campaign cutout, and finally by the FBI, has learned….” Things used to be so simple!

The question D.C. dare not answer: Why are we in Niger? Will Bunch, Philadelphia Daily News

The U.S. military is conducting secret missions all over Africa VICE (Re Silc).

National Park Service considers fee hike of up to 180% for most popular parks, including Yosemite Los Angeles Times

Why ‘Medicare for All’ Will Sink the Democrats Steve Rattner, NYT. Yeah, sheesh, they might lose a thousand seats and all three branches of government over that. Oh, wait…

Choosing Wisely Campaign: Valuable For Providers Who Knew About It, But Awareness Remained Constant, 2014–17 Health Affairs. This campaign was mentioned briefly in yesterday’s post on overtreatment. Partially sponsored by Consumer Reports, the campaign unsurprisingly adopts a patient-as-consumer model. While I think being well-informed about health care is a Good Thing, I vehmently reject the “Smart Shopper” model as a tax on time and a validation of the profit motive as a driver for health care. It also seems to me that the very last time to do one’s research is when one is about to enter the “marketplace” seeking care, unless stress makes people smart, which I doubt.

High-tech mirror for cancer patients only works if you smile CNN (DK). Who designed this? Cass Sunstein?

Hosting an Event? Don’t Toss Leftover Food, Donate It Smithsonian (CM). CM: “Forget sharing the feast with the staff, gardeners, serfs and peasantry to whom we we are never, ever At Home…Let’s develop an App!”

Tesla pro-union leaders march into the company’s Fremont factory demanding some fired workers be rehired Business Insider. If Elon wants to make more than 260 cars next quarter, he might find it wise to talk with his workers.

People in rich countries are dying of loneliness Quartz

End of Apartheid in South Africa? Not in Economic Terms NYT. So an identity politics that erases economics doens’t make a whole lot of sense, does it?

Harvey Weinstein and the Economics of Consent The Atlantic

Latest front in Weinstein scandal: Statehouses say ‘me too’ AP

Overcoming our Americanness: The Dilemma of US Communitarians Grassroots Economic Organizing

Antidote du jour. Via: “I made a typo googling why Orthodox Monks have beards and found something much more pertinent and important.” 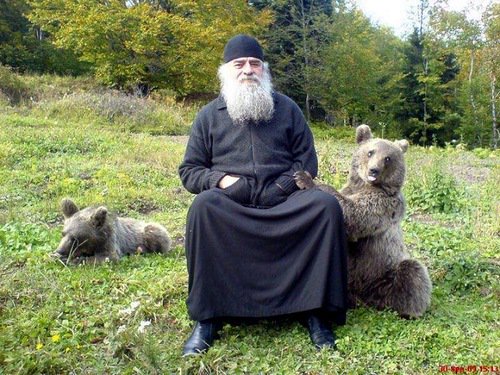