Weather from the Ground Up: How Biodiversity Can Help Shape Local Climate Weather Underground. Fascinating.

Battle of the beans: Monsanto faces a fight for soy market Reuters

An outrageous US boom is in the making Macrobusiness

The U.S. Drops Out of the Top 10 in Innovation Ranking Bloomberg (Re Silc).

Fairy Tales, Spaghetti And Patience: How Authorities Are Responding To The Paradise Papers ICU Investigations

Has Global Finance Reformed Itself More Than It Appears? Dani Rodrik’s Weblog

Davos 2018: The liberal international order is sick Martin Wolf, FT. “[Princeton’s John Ikenberry] summarises: ‘The crisis of the liberal order is a crisis of legitimacy and social purpose.'”

The Davos non-paradox Stumbling and Mumbling

Davos jargon: A crime against the English language? BBC

The Crown Price and the New Saudi Economy NYT

Beijing’s Trajectory in Science and Technology Shows India Is Far Behind in the Game The Wire (J-LS).

All Glenn Greenwald’s Women Marcy Wheeler, The New Republic (FluffytheObeseCat). Not sure I think much of the headline’s trope, whose vaguely “sexual misconduct” flavor seems to make Greenwald responsible for New York Magazine’s reporting and editing, which erased “key” women from Greenwald’s career path (including, amazingly enough, Joan Walsh).

Dark Money, Not Russia, May Be the Best Way to Explain Trump’s Win Vice. Nice to see Ferguson in a popular venue (and see also NC, 2018-01-12). Includes an interview with Ferguson. This caught my eye:

Who were these people taking a chance on Trump when he looked doomed in the polls? That infusion of money, even after re-reading your report, is hard for me to make sense of.

I think it’s one of the greatest out-of-the-money options in world history, basically, and they thought they could pick it up cheap. And they’d at least take a flier on it. By comparison, Silicon Valley looks almost sedate next to some of the private-equity guys.

The Dead Enders The Intercept (pretzelattack). A second must-read, especially in conjunction with Ferguson, supra.

Wall Is ‘Off the Table,’ Schumer Says, as Progress on Immigration Unravels NYT

Bernie Sanders talks universal Medicare, and 1.1 million people click to watch him WaPo (UserFriendly). And he’s not even a Democrat!

Men Only: Inside the charity fundraiser where hostesses are put on show FT. “One woman who had last worked at the event five years ago sighed to herself: ‘I can’t believe I’m here again.'” Excellent reportage from the FT, who placed two undercover “hostesses” at the event. More like this, please.

Welcome to the neighbourhood. Have you read the terms of service? CBC. A “smart city.” There’s that word, “smart.” Watch out!

One year in: Has Trump been good for US workers? The Brookings Institution

Only three out of 160 social housing towers reclad after Grenfell fire Guardian. Death traps for the poor and working class. So what’s the issue? (On the Grenfell fire, see NC here). 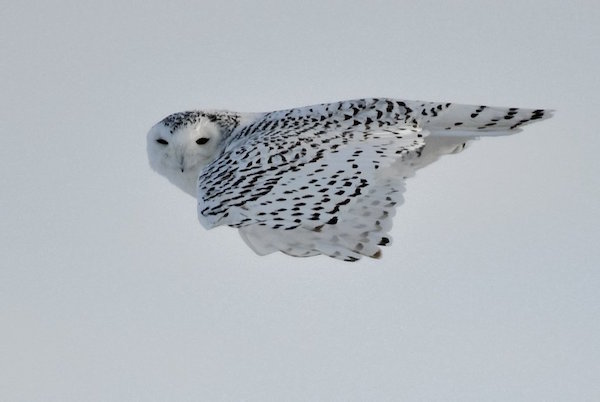 The photographer: “Some have worried that this owl was stuck but it was not. We watched it float here for about 30 minutes and then it flew to another nearby ice chunk in a part of the bay that was a little calmer.”