Now if Pi were just 10x faster, it might actually be a viable alternative in the PC and laptop space. :( I actually do own and use a Pi3-like ARM-based Linux micro-PC for code-development, but it’s an Odroid C2, a Korean make. It’s based on the A53 version of the ARMv8 architecture, and even with optimized vector assembly code, is slow in absolute terms. I’ve also (via a contact at ARM) run high-performance code on the later A57, it’s about 3x faster than the A53 and is competitive with the Core2 on my 2010 Macbook, i.e. is getting close to viability in terms of that market, but AFAICT remains a niche product. I’ve heard rumors that Apple might switch part of its product line to ARM in the not-too-distant future, but that’s all they are at this point, rumors.

Mark Zuckerberg’s personal challenge this year is to fix Facebook Recode. In other words, to be the CEO of his company?

The Battle for Best Semi-Autonomous System: Tesla Autopilot Vs. GM SuperCruise, Head-to-Head The Drive. “SuperCruise’s operational domain is wisely limited by GPS to what they call ‘limited-access’ roads, otherwise known as divided highways, which use on- and off-ramps instead of intersections.” If your algorithm doesn’t work, control the parameters…

The government versus the central bank: monetary policy as the only game in town Credit Writedowns

Good enough for government work? Macroeconomics since the crisis Paul Krugman, Oxford Review of Economic Policy (UserFriendly). “For now, let me instead just focus on how different the economics-profession response to the post-2008 crisis has been from the responses to depression and stagflation. For this time there hasn’t been a big new idea, let alone one that has taken the profession by storm.” Funny, that!

Analysis: What Lies Ahead for Syria in 2018 Syria Deeply

What’s behind the protests in Iran and what can you do? Owen Tudor, TUC

How Trump abandoned populism The Week

The psychiatrist who briefed Congress on Trump’s mental state: this is “an emergency” Vox. Lambert here: I’m not a fan of armchair diagnosis, whether for Terry Schiavo, Hillary Clinton, or Donald Trump, and I’m not particularly trusting of the press. And I can’t help wondering how organic this (latest) campaign is. It appears that we’re looking at the Democrat strategy for 2018 and 2020 — a gaslighting strategy — which Trump feeds, no question — that does not require the Democrat Party (especially its consultant and donor classes) to change either personnel or advocate universal concrete material benefits, especially for the working class — and please forgive me if I’m not filled with enthusiasm, or fired with the prospect of success. They have learned nothing, and forgotten nothing, as Talleyrand said of the Bourbons.

The leading lobbying group for Amazon, Facebook, Google and other tech giants is joining the legal battle to restore net neutrality ReCode. As intervenors, but then in the last (successful) fight to preserve net neutrality, they filed friend-of-the court briefs.

“Vote out” congresspeople who won’t back net neutrality, advocates say Ars Technica. (Scroll down for a list of Senators who do not support Merkely’s resolution to reinstate net neutrality under the the Congressional Review Act.)

The Base Bill for 702 Reauthorization: Serial Admissions Oversight Committees Haven’t Been Doing Their Jobs emptywheel

Sessions Unleashes the Hounds on Pro-Pot States The American Conservative

The US Democratic Party After The Election Of Donald Trump James Galbraith, Social Europe. Very good.

Move Over, Corporate Democrats. A New Wave of Left Populists Is on the Rise. In These Times

She Quit Working For Trump. Now She’s Running For Congress To Fight Him. HuffPo. Stoller: “Might want to mention that a key part of her job under Obama was working on the investor-state dispute settlement provision of the Trans-Pacific Partnership.”

My Month in an Organic Frozen Food Factory Medium

The secret lives of students who mine cryptocurrency in their dorm rooms Quartz. Them that’s got shall get….

RIP Marc Raskin, Who Connected the Dots Between Inequality and War Foreign Policy in Focus (Re Silc).

Sexual Harassment Inc: How the #MeToo movement is sparking a wave of start-ups WaPo. Of course.

AI-Fooling Glasses Could Be Good Enough to Trick Facial Recognition at Airports Motherboard (Re Silc). “Adversarial objects, for your face” (q.v. NC here). 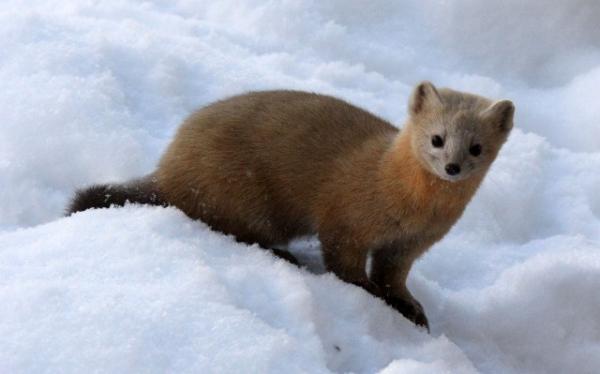 It's #NationalBirdDay, so here's a baby blue heron, especially for anyone who wonders what happened to the dinosaurs. pic.twitter.com/euKT4HIgFB