By Elizabeth Shogren, who writes High Country News’s D.C. Dispatches from Washington. Originally published by High Country News and reproduced at Grist as part of the Climate Desk collaboration.

The Trump administration’s environmental rollbacks have sparked a lot of outrage. But one recent action by the Interior Department drew unprecedented protest from a bipartisan group of top officials who go all the way back to the Nixon administration: a new legal opinion that attempts to legalize the unintentional killing of most migratory birds.

Under the new interpretation, the Migratory Bird Treaty Act forbids only intentional killing — such as hunting or killing birds to get their feathers — without a permit. The administration will no longer apply the act to industries that inadvertently kill a lot of birds through oil drilling, wind power, and communications towers. Critics fear that these industries might now end the bird-friendly practices that save large numbers of birds. 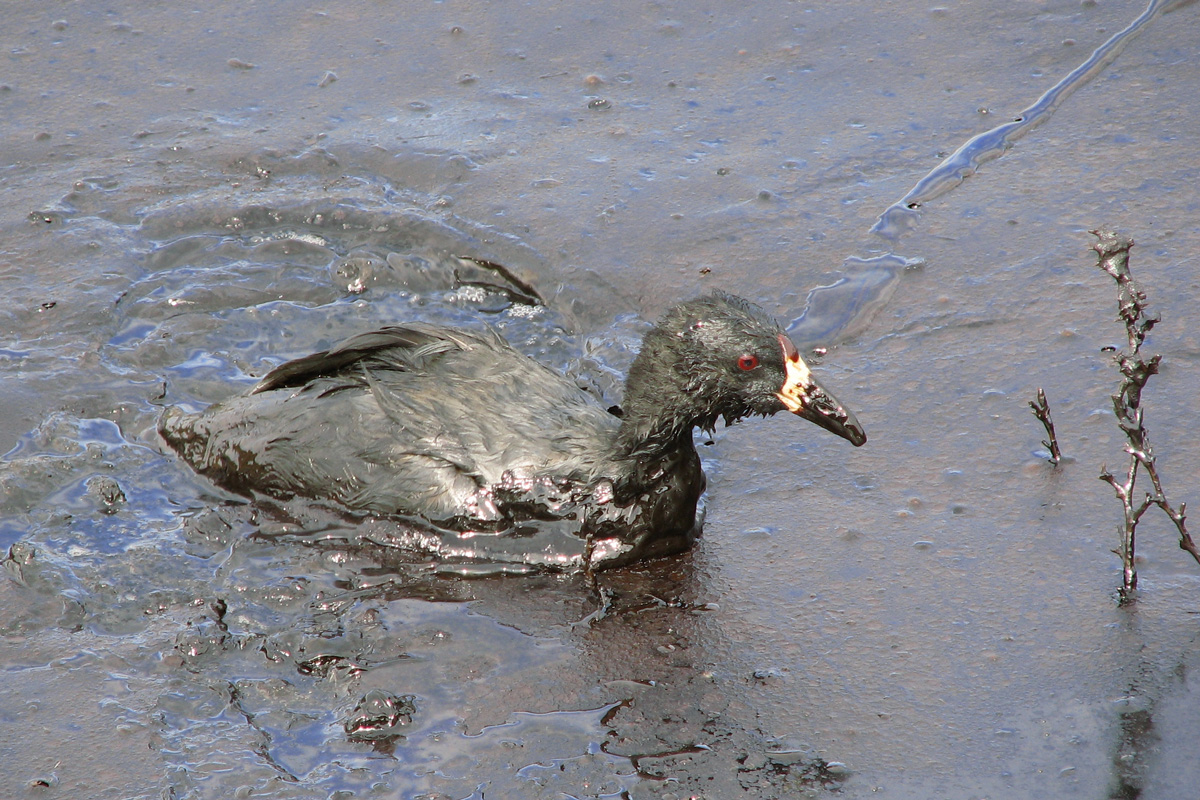 A letter sent by 17 former wildlife officials on Jan. 10 urges Interior Secretary Ryan Zinke to suspend the “ill-conceived” opinion, saying it makes it nearly impossible to enforce a 100-year-old law protecting migratory birds. The former officials’ message is clear: The Trump team’s assault on environmental regulations is not just the normal pendulum swing between Democratic and Republican administrations. Rather, Trump’s rollbacks are attacking fundamental principles of conservation supported by both Republican and Democratic administrations for many decades.

The 1918 Migratory Bird Treaty Act makes it illegal to kill birds without permission, though hunters can obtain permits. For decades, the threat of prosecution gave industries that unintentionally kill a lot of birds an incentive to collaborate with the federal government on minimizing bird deaths. For instance, hundreds of thousands of birds die each year from getting poisoned or trapped in the toxic muck of drilling companies’ wastewater pits. To remedy this, oil and gas companies can store the waste in closed tanks or put nets over their pits to limit the number of deaths.

In other industries, fishing boats that drag long lines with baited hooks accidentally drown albatross, petrel and other seabirds. After working with the U.S. Fish and Wildlife Service, fishing companies started attaching weights to their lines so they descend more quickly into the water. At communications towers, neotropical songbirds, especially warblers, are attracted to the steady red lights that warn pilots, and as a result, millions are killed each year. So the industry, working with several government agencies, figured out that flashing lights — which don’t attract birds — are just as good at preventing airplane collisions. It’s a cheap fix, because the towers already have strobe lights; they just have to turn off the steady ones.

Companies that refused to cooperate risked criminal prosecution. Duke Energy and PacifiCorp Energy were both prosecuted during the Obama administration for failing to take steps to protect birds at their Wyoming wind farms, despite the U.S. Fish and Wildlife Service’s efforts to get them to do so.

Under the Trump administration’s new interpretation, however, companies would no longer be prosecuted for failing to protect birds. The new opinion was written by Interior’s principal deputy solicitor, Daniel Jorjani, a Trump appointee who came to Interior from Freedom Partners, a political organization largely funded by the Koch brothers, fossil-fuel billionaires with an anti-regulatory agenda who are major players in elections around the country. Freedom Partners’ board of directors is made up of Koch executives.

The opinion was issued just before Christmas, along with other anti-environmental actions. Brad Bortner, who was Fish and Wildlife’s chief of migratory bird management until the end of December, says he and his staff were not consulted or even given a heads-up. Paul Schmidt, a top official in the migratory bird program under both Presidents Bill Clinton and George W. Bush, became the “spark plug” for the opposition to the new policy. He contacted his counterparts in other administrations as well as higher-ranking officials who served presidents from both parties. “One hundred percent all agreed immediately that was a bad interpretation,” Schmidt says. They waited for Bortner’s retirement to be official so he could sign their protest letter, and then they sent it to Zinke.

All but one of the agency’s directors since 1973 signed the protest, as did top Interior officials from the administrations of George W. Bush, Bill Clinton, George H.W. Bush, Jimmy Carter, Gerald Ford, and Richard Nixon. “People were aghast at this announcement,” says Dan Ashe, former president Barack Obama’s Fish and Wildlife Service director. “It’s a complete giveaway, principally to the energy industry, but to industry writ large, at the expense of a resource that is precious and vulnerable.”

“This legal opinion is contrary to the long-standing interpretation by every administration (Republican and Democrat) since at least the 1970s, who held that the Migratory Bird Treaty Act strictly prohibits the unregulated killing of birds,” the letter states.

The former officials’ protest underscores that the resistance to the Trump administration’s assault on environmental protections is broadening. Former Republican Environmental Protection Agency administrators already had joined the chorus of Democrats, environmental groups, and hunting and fishing groups decrying the Trump administration’s pro-industry agenda. But the Migratory Bird Treaty Act letter marked the first time such a broad group of former Interior Department officials had signed on to such a protest. Zinke has not yet responded.

Lynn Scarlett, who was deputy Interior secretary and acting Interior secretary under George W. Bush, says the old interpretation of the law protected birds without being too onerous for industries. Companies were prosecuted only after ignoring repeated warnings. “The act and the way it has been implemented for many years has made people come to the table and think about important actions to protect birds,” says Scarlett, now managing director of The Nature Conservancy. “Narrowing that is going to adversely affect birds and diminish the motivation for creative conservation partnerships.”

Some former officials who signed the letter say Interior’s new legal opinion defies the clear wording of the act, which states: “It shall be unlawful to hunt, take, capture, kill … by any means whatever … at any time or in any manner, any migratory bird.”

But the Trump administration argues that the act was implemented in an overly aggressive or threatening way. “Interpreting the (act) to apply to incidental or accidental actions hangs the sword of Damocles over a host of otherwise lawful and productive actions, threatening up to six months in jail and a $15,000 penalty for each and every bird injured or killed,” Jorjani wrote. The Trump administration has told reporters it will take several months to develop guidelines on how the legal opinion impacts the way field staff work.

While campaigning for the presidency, Trump blasted the Obama administration’s use of the Migratory Bird Treaty Act against the oil industry as “totalitarian tactics.” “The Department of Justice filed a lawsuit against seven North Dakota oil companies for the deaths of 28 birds while the administration fast-tracked wind projects that kill more than 1 million birds a year,” Trump said in May 2016, calling the case an example of “government misconduct.” 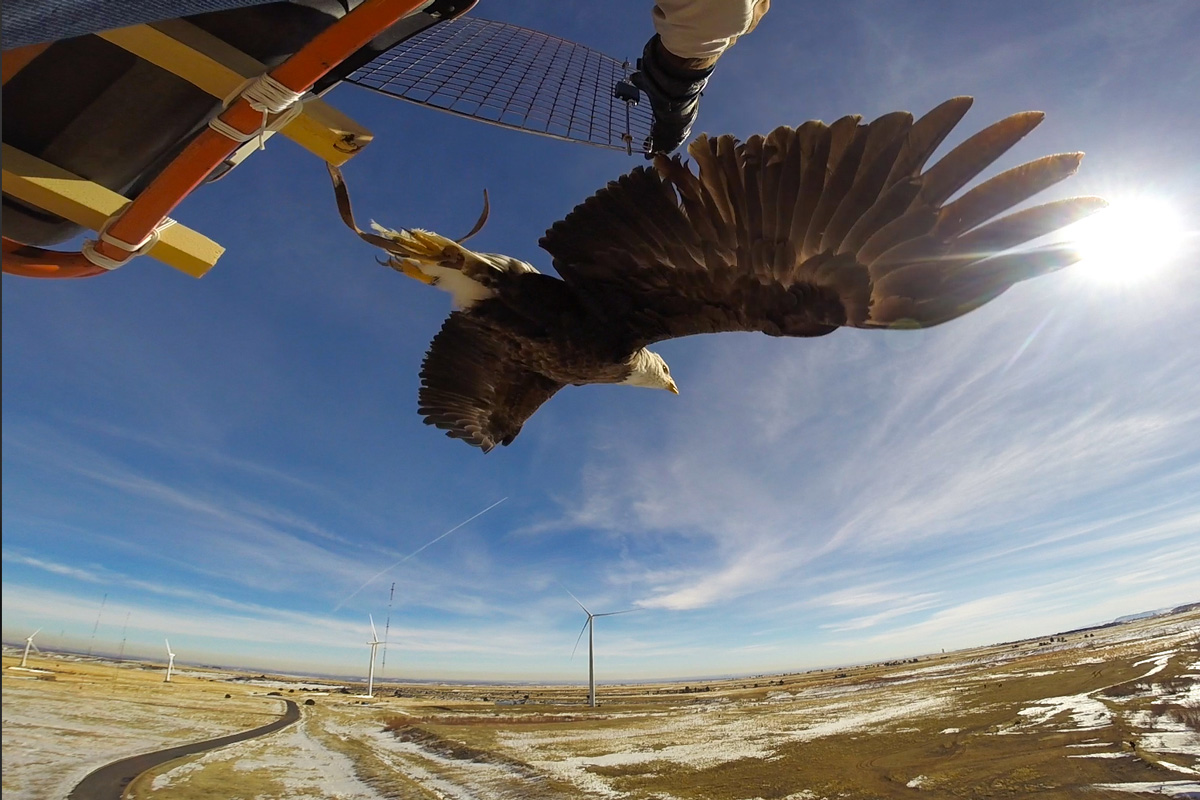 National Renewable Energy Lab researchers release a bald eagle from a lift during research to develop a radar and visual systems that prevent bird strikes with wind turbines.

He was echoing Harold Hamm, chairman, chief executive officer, and founder of Continental Resources Inc., who fought the prosecution for bird deaths in oil fields in North Dakota, calling it “patently wrong” because his drilling operation didn’t intentionally kill birds. A federal judge agreed with him and threw out the case.

Federal courts have been split over whether the act applies when birds are killed as a result of otherwise legal activities. Last year, Wyoming Rep. Liz Cheney, a Republican, sponsored a provision of the House energy bill that would amend the act so it no longer applies when birds are accidentally or incidentally killed. Conservationists worry that if passed, her provision could permanently enshrine the Trump administration’s new policy with disastrous consequences for birds. The bill could get a vote early this year in the House, but a Senate bill has yet to emerge.

Bob Dreher, a vice president of Defenders of Wildlife, says his conservation group will look for ways to block the new interpretation, but it won’t be easy. Legal opinions can have enormous impact on how the government functions but cannot be challenged in court the way regulations can be. Ashe says this reality inspired the former officials to sign their protest letter: “The public has no opportunity to comment, no opportunity to challenge the decision. They get no day in court.”

Some companies say they will continue to work with Fish and Wildlife to protect birds despite the Trump administration’s new policy. “We don’t want to be killing birds,” says Sherry Liguori, environmental manager of Rocky Mountain Power, the division of PacifiCorps that operates in Utah, Wyoming, and Idaho. PacifiCorps, one of the West’s leading power companies, retrofits 10,000 utility poles a year to make them less likely to electrocute birds, according to Liguori. Costs range from a few hundred to tens of thousands of dollars. On average the company spends $1,000 to $2,000 per pole, she says. “I can’t speak for other companies, but I know for Rocky Mountain Power, we’re looking at the long term,” Liguori says. “We don’t see a reason not to do this. We’ve found that it’s effective. It’s a win-win for birds. It’s a win-win for the company and customers.”

Still, the legal opinion is likely to limit much of the cooperation companies have provided in the past. “A lot of Americans don’t know anything about the Migratory Bird Treaty Act, but they love birds,” says Dreher, former acting assistant attorney general for the environment and natural resources division of the Justice Department and former associate director of the Fish and Wildlife Service. “This administration is selling out birds for industry — and dirty industry at that.”